ALCANTARA — The ARQ Builders-Lapu-Lapu City needed a spark against the resilient Dumaguete Warriors and veteran wingman Reed Juntilla was more than happy to provide it as the Heroes came away with a 67-57 win in the 2021 Chooks-to-Go Pilipinas VisMin Super Cup on Tuesday afternoon at the Civic Center here in Cebu.

The victory placed ARQ at the top of the standings in the Visayas leg with a perfect 2-0 record while Dumaguete suffered their second loss in as many games.

The Warriors had the upper hand for most of the game as they led 34-30 at the midway point of the third after consecutive three-pointers by guard Nikki Monteclaro. Juntilla then went to work as he scored eight straight points on an array of midrange jumpers to spark a 12-0 run and help give the Heroes a 46-37 lead heading to the last period.

The Warriors pressed on and pulled to within five, 45-50, after a tough fallaway jumper by Jeric Nacpil but ARQ answered with 11 unanswered points in a two-minute span, six coming from burly forward Ferdinand Lusdoc, to erect a 61-50 lead.

Dumaguete last threatened at 54-61 after another basket by Nacpil but a free throw by Vincent Minguito and another layup by Lusdoc shut the door on any possible Warriors’ comeback.

Lusdoc led the way for ARQ with 14 points, three rebounds, an assist, and a steal while Juntilla finished with 12 points, four boards, and three dimes. Jerick Cañada had an all-around game, piling up nine points, eight rebounds, and six assists. 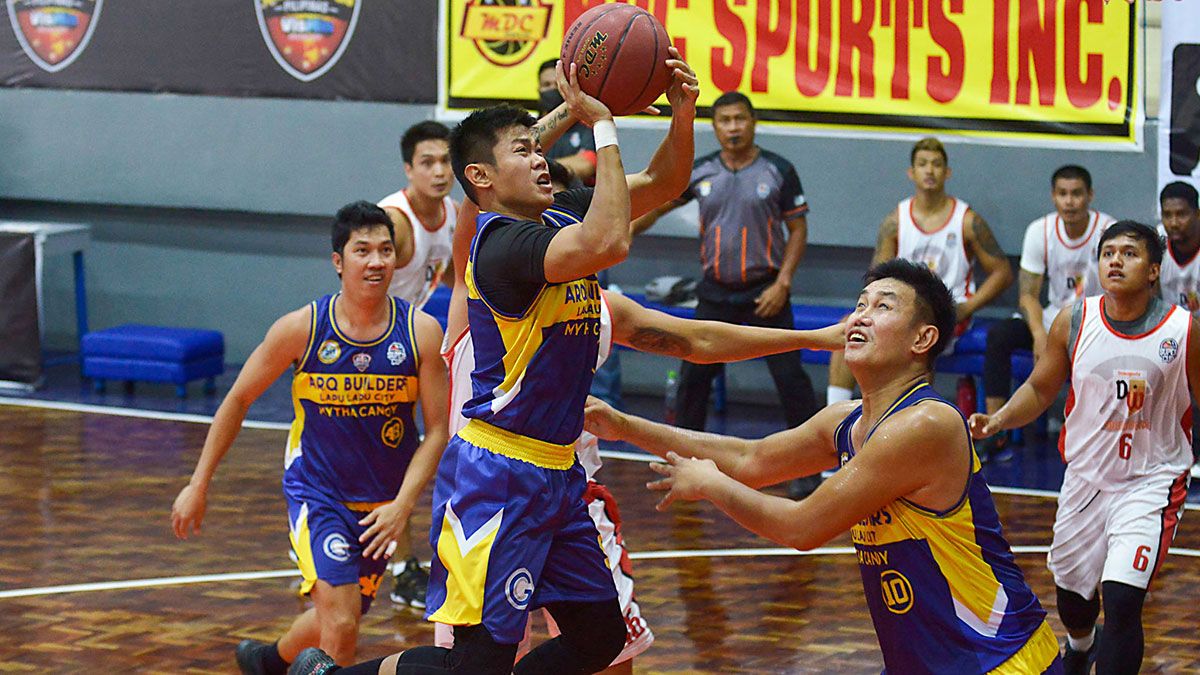 Jerick Cañada goes up for a tightly contested jumper.

ARQ head coach Francis Auquico heaped praise on Juntilla, who he said the team depends on for some much-needed scoring.

Monteclaro shot in six three-pointers on his way to scoring 20 points for Dumaguete. Mark Doligon added 12 while Nacpil finished with a double-double of 10 points and 11 boards.

Lapu-Lapu looks to rack up its third straight win when it faces Siquijor tomorrow at 2:00PM. On the other hand, Dumaguete hopes to bounce back against Talisay on the same day at 8:00PM.