LA Mumar is the least bit bothered that people know him more these days as the half-brother of the man of the hour, Pasig City mayor Vico Sotto.

What afterall is another weight on the shoulders of a young man who is the son of prolific PBA guard Larry Mumar and actress Coney Reyes, and grandson of one of the greatest Filipino basketball players of all time, Lauro 'The Fox' Mumar.

"No, I'm not," Mumar, the newly appointed coach of Ateneo's women's basketball team, told Spin.ph when asked if he had been weighed down by the heightened expectations that had been placed on him by default, simply because of his bloodline.

"I consider my family's legacy not as pressure but as a blessing."

Mumar's foray into basketball came naturally, and he has been good at it. He was a member of the Ateneo Blue Eaglets' side that won the UAAP juniors championship in 1995 and played for the seniors team as a back-up guard from 1996 to 2000, just before the Ateneo renaissance that started with another LA (Tenorio) as star guard.

Now 40 and the father of three boys with wife Macy, Mumar has ventured into coaching, initially as athletic director of Lyceum of Cavite and later as coach of the Junior Pirates, who, in a short amount of time, he turned into one of the best high school programs in the country.

After parting ways with Lyceum, he returned to Ateneo last season, first as an assistant to athletic director Em Fernandez - and tournament director of the last UAAP season - before being appointed as head coach of the Lady Eagles. 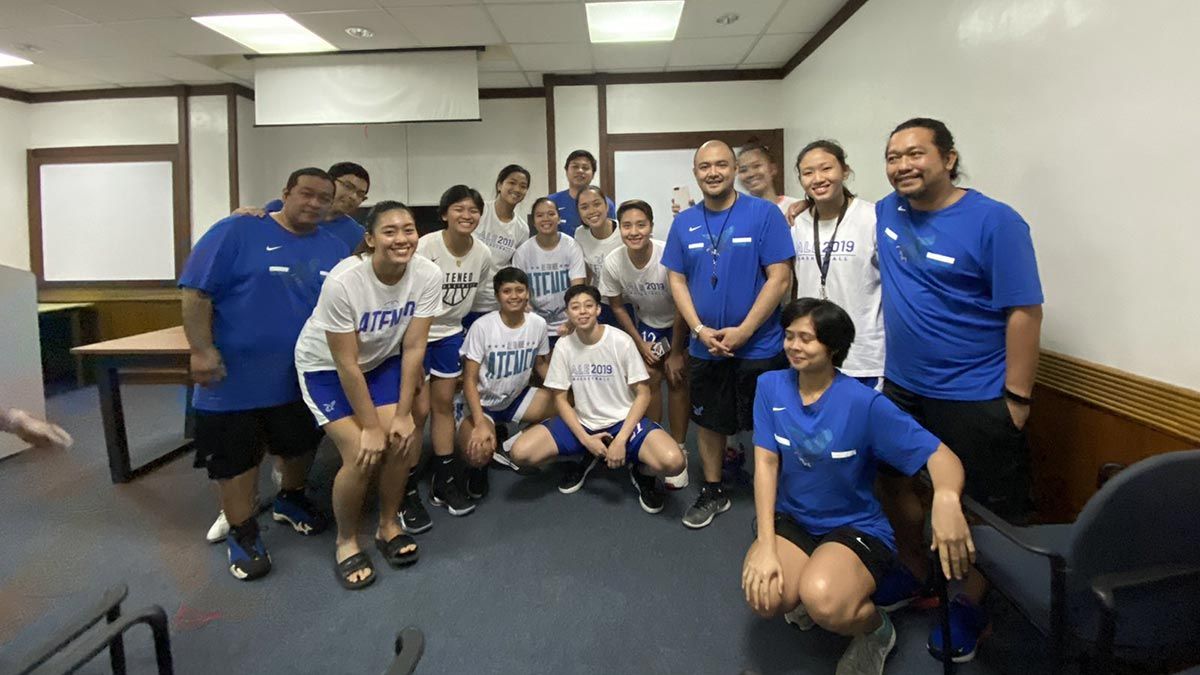 The appointment seemed predestined, mostly because coach and team are on the same boat. The Lady Eagles have for years played in the shadows of their multi-titled men's counterparts since winning their last championship in 2007; their new coach certainly knows the feeling of living in someone's giant shadow.

Believe it or not, LA doesn't mind.

Growing up under one roof with Vico and sister Carla in the care of mom Coney kept the man grounded; his late dad, who died in 2001, never put him under any amount of pressure, LA swore.

Now that he embarks on his biggest challenge yet as coach of the Lady Eagles, Mumar vowed to be a similar influence to his players.

"I want to have a positive impact on my players. I want to impart godly values," Mumar said. "I want to be a good role model and I want them to be champions on and off the court."