KIEFER Ravena talked about a wide-range of topics including playing against his brother Thirdy and aiming for a B. League championship after being formally welcomed by his Japanese ballclub Shiga Lakestars on Sunday.

The Filipino guard had his first official club interview where he expressed his excitement about playing overseas, and how he looks forward to suiting up with the Lakestars and playing before fans of Japanese basketball.

During the 17-minute online talk, Ravena was asked about going up against younger brother Thirdy, who was the first Filipino player to be signed in the Japanese league when he joined the San-en NeoPhoenix last year.

Incidentally, the Ravenas will clash head-on early in the season as their teams collide on Oct. 3, a day after the 2021-22 season opener.

Kiefer said it’s an honor for him and Thirdy to show their skills before Japanese basketball fans once they go up against each other, adding the game would certainly be a proud moment for their family. 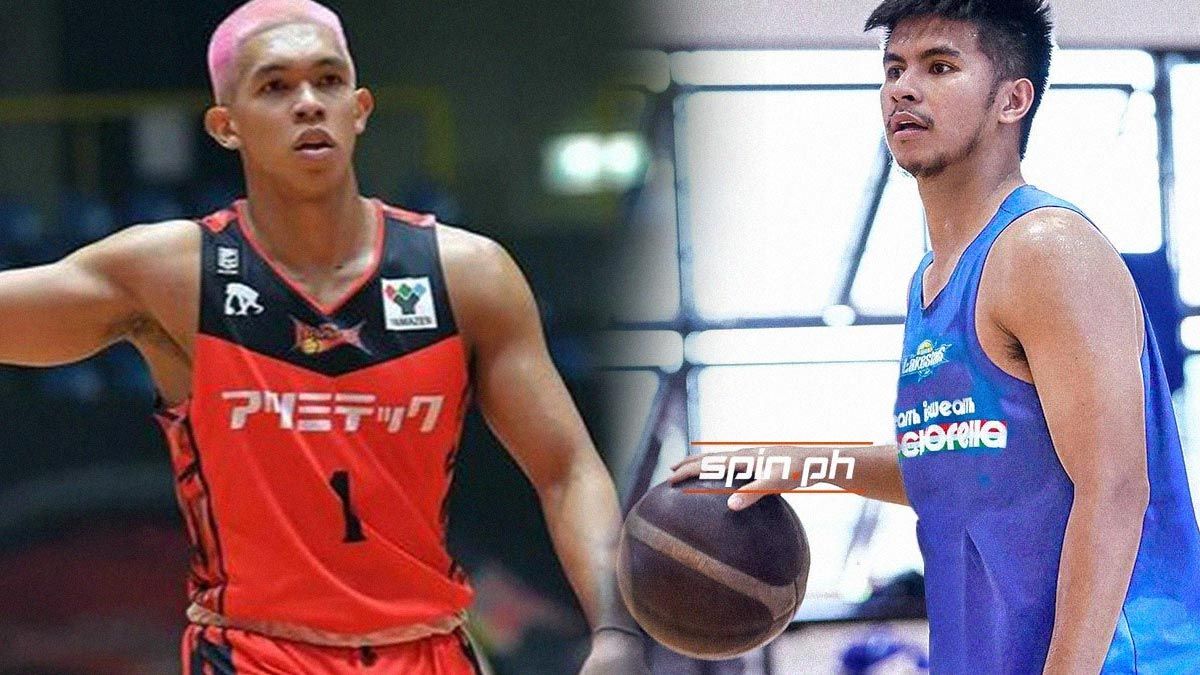 “This is a great honor for my family, but when game time comes, it’s difficult because we can’t treat each other as brothers. We have to play against one another just like any other team on any other opponent,” said the 28-year-old Ravena, who was officially welcomed by the Lakestars on Saturday.

Certainly it won’t be a personal thing for the two as Kiefer said helping the Lakestars is definitely his first and foremost goal.

Bring out the best in each other

Playing their best against each other at the same time, is also a form of respect for both the game and for one another.

“As brothers, we know we bring out the best in one another. Hope we can do that and provide our team the need for us to win. Definitely, I’ll be doing my best for my team to come out on top.”

The two Japanese hosts also noted the blue Shiga Lakestars shirt Ravena was wearing during the interview, and the Filipino said he’s already used representing the same color during his college years with Ateneo, and later with NLEX in the PBA.

“Back when I was in college during my university days, our team color is also blue. And also my club team in the pro, we also wear blue. So I’m used to wearing blue, and I’m excited to wear my jersey with Shiga,” said Ravena.

“As you said it’s a destiny playing for another team that represents team color blue. It’s a new journey for me.”

Adjusting to life in Japan wouldn’t be a problem, said the NLEX playmaker as he had been to the country several times, especially during his stint with the Blue Eagles whey they would go around Kyoto playing different university teams as part of their season preparation.

He describes Japanese people as very respectful and hospitable, convincing him even more that he’ll definitely enjoy his stay in the country.

“I just love Japan. It’s one of the best countries out there. And I’m not just speaking about basketball, but just being out there, just being around the people, and with so many places to visit,” added the Filipino cager.

But the Lakestars are definitely his priority, where he hopes to help the franchise achieve success in the coming season led by coach Luis Guil Torres.

“Just being excited here, hoping to bring a lot of pride, intensity, heart I can bring for the team and hopefully, get a championship for Shiga,” said Ravena.

“I’m really excited to see where I am as a player and improved even more,” added the Lakerstars’ Asian import. “We have an Olympic coach in coach Torres and I’m just excited to learn from each and every one of my teammates, management, to our staff. Just allow myself to grow with Shiga.”