KIEFER Ravena says he is so proud of younger brother Thirdy as they make their mark in the Japan B.League.

"I think he's alright," Kiefer chuckled. "Of course, I've watched him grow up from playing in high school and college winning a lot of championships, at the same time being a trailblazer for us Filipinos to crossover here in Japan."

"It's just amazing to be part of his life, part of his career. He's a grown man right now and he's just doing his own thing."

Kiefer said he relishes the opportunity as he joins Thirdy, who was the first to suit up in the B.League.

And as the curtains close in their first faceoff this 2021-22 B.League season, Kiefer couldn't help but reminisce about the path that led them to the Land of the Rising Sun. 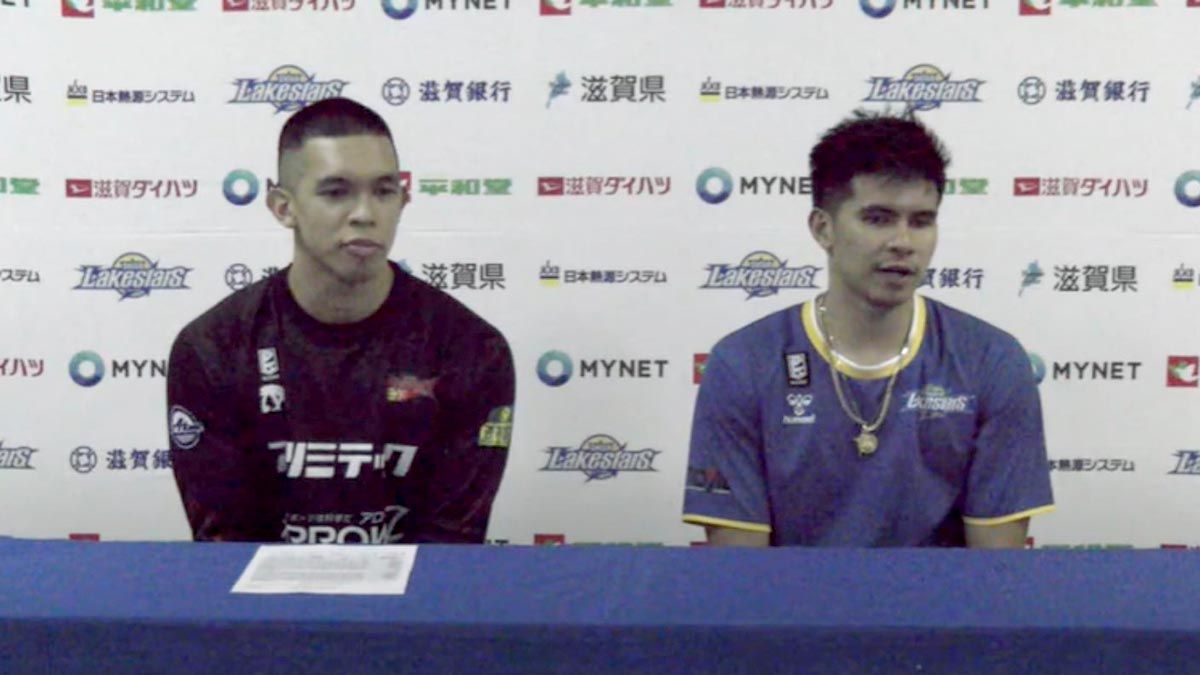 The sons of former PBA Rookie of the Year Bong Ravena split the first two games at Ukaruchan Arena in this opening weekend duel.

Kiefer's Shiga Lakestars pulled the come-from-behind 93-83 win on Saturday with the 6-foot playmaker orchestrating the fightback, finishing with 11 points, eight assists, three rebounds, and three steals without any turnovers off the bench.

Thirdy returned the favor on Sunday, with San-En NeoPhoenix getting back with a 101-96 overtime win where the athletic 6-foot-3 winger led the charge with 21 points, seven boards, and five assists.

Both games drew massive crowds, including huge groups of Filipinos.

"We're just so grateful that a lot of Filipinos came over from Kyoto, Osaka, Gifu, and Tokyo and really traveled a lot of miles just to watch us siblings play. We can't show our appreciation to them but hopefully when they see this or read this, we were able to get that message, that we truly appreciate their time and their effort in traveling and watching us brothers play."

Kiefer wishes Thirdy well this season, while looking forward to their next battle at Hamamatsu Arena set for Jan. 22 and 23 next year.

"As an older brother, now that we can treat each other as brothers now that the game is over, we just both wish for one another that we can play as many games as we want here in the B.League and stay injury-free. I think in the schedule like this, that's the most important thing, keeping yourself healthy. So hopefully we can do that all throughout the year," he said.