THE ring once felt as big as a bathtub for Joshua Saret, who, as a high school phenom, once scored 89 points for Jose Rizal University in a single NCAA juniors game - a record that remained untouched to this day.

Saret's life story changed drastically in the afternoon of July 22, 2009 when the then 18-year old crowned a quadruple-double performance with a record output in JRU's 171-43 rout of Angeles University Foundation at The Arena in San Juan.

According to existing records, the 5-foot-7 guard made 50 percent of his shots - and 78 percent from three-point land - on 19-of-26 shooting to erase the previous record of 82 set by teammate Keith Agovida just the year before.

To top it off, Saret added 11 rebounds, 12 assists, and 13 steals to become the first NCAA juniors player after Ryan Buenafe, then playing for San Sebastian, to complete a quadruple double in a league game.

By then, Saret had the world at his feet as coaches and scouts came calling, each one expressing interest in signing up the phenom. 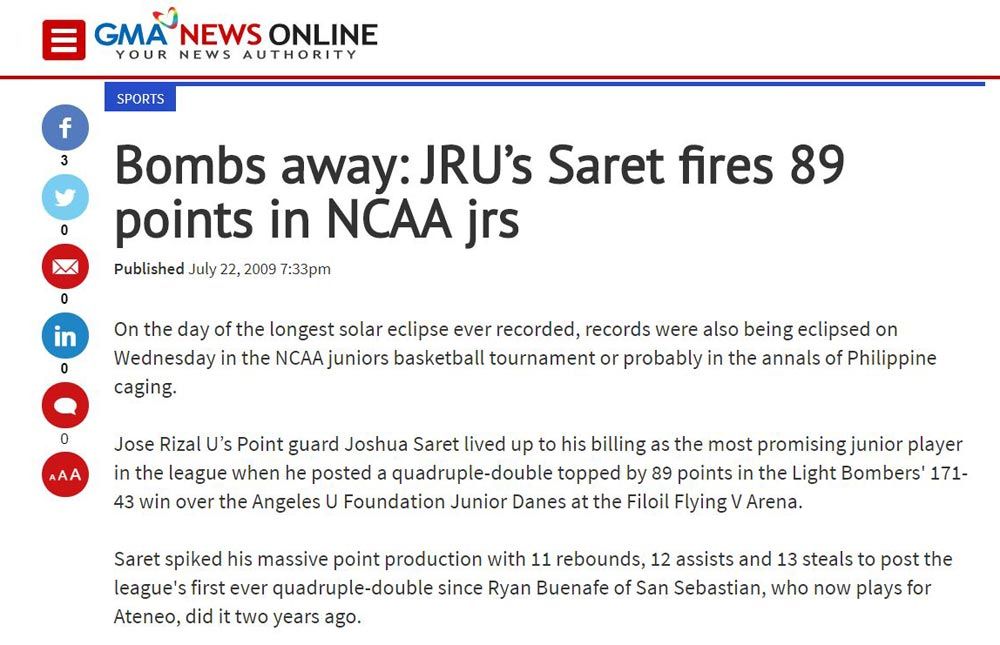 Nine years after that historic game, SPIN.ph sought out the former phenom. We found him in an old basketball court in West Crame, San Juan City - a far cry from the fancy arenas he used to play in during high school and in his one season in college.

He was wearing a white basketball jersey, doing some stretching and shooting practice while waiting for his teammates with San Juan Big Chill, which will be seeing action in the inaugural Metro League.

His on-court demeanor was still the same: serious and all business as he went through his paces. Not far from the gym is the apartment where he stays with his family. There the soft-spoken Saret let his guard down and shared his thoughts. 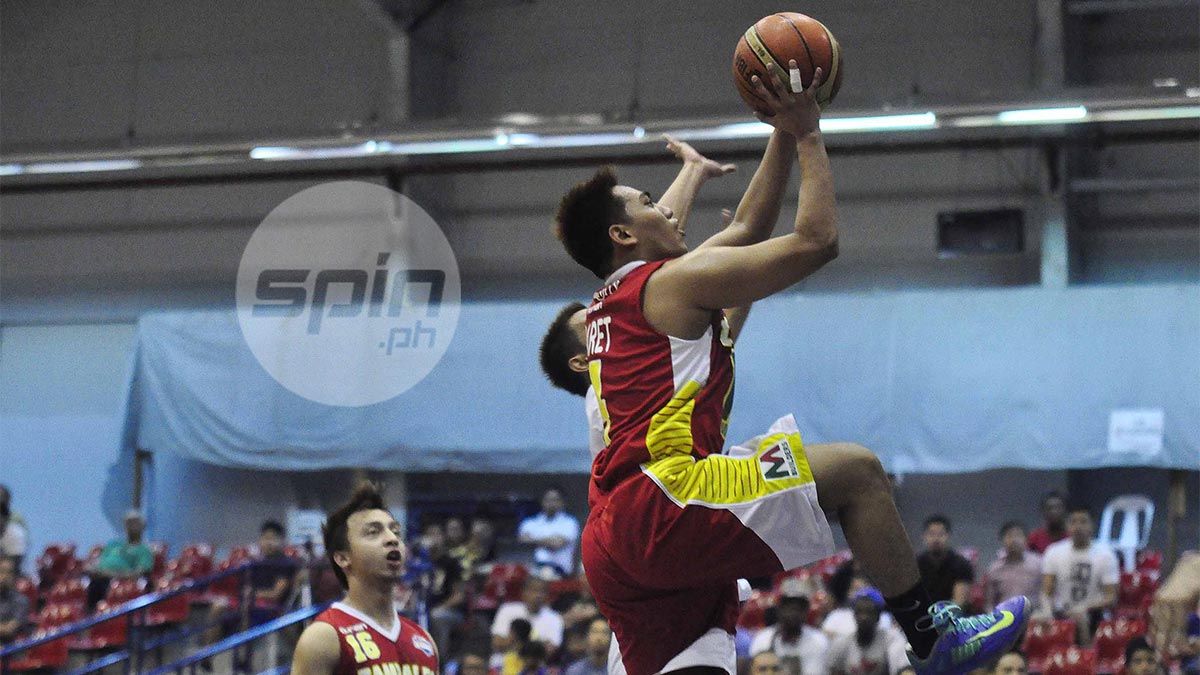 His mood was no longer as cheerful when asked what happened next.

Although a lot of high-profile teams and coaches, among them Ateneo's Norman Black, showed interest, Saret decided to play for University of the Philippines where he became part of the Maroons side that finished 0-14 in UAAP Season 73.

Worse, the coach who brought him to Diliman, Aboy Castro, was fired just two games into the season.

From there, his career took one bad turn after another. Leaving college early, Saret tried his luck with Blackwater in the PBA D-League. When that didn't work out, he enrolled at Trinity University of Asia then suited up for Zambales M Builders, also in the D-League.

Each step, each bad decision only brought him farther and farther from his ultimate dream: to play in the PBA.

But he isn't giving up. 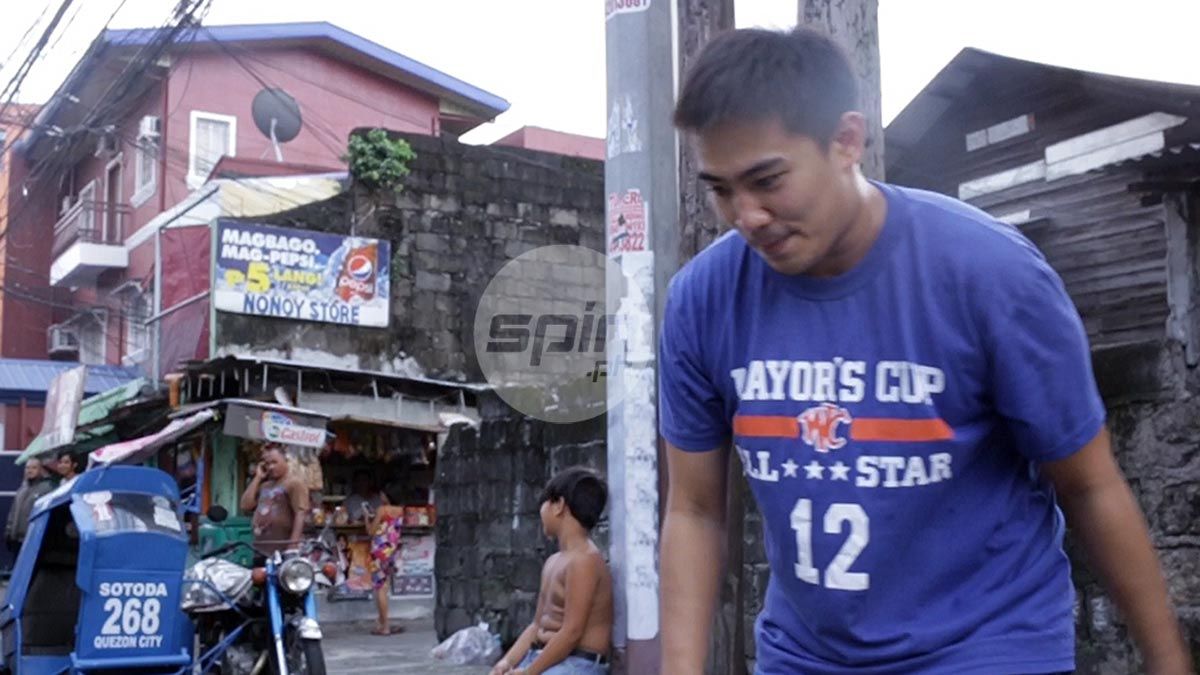 Now 27 and with two kids of his own, Saret had this pained look on his face when asked where it all went wrong. He was unsure about a lot of things, but is now 100 percent certain that he shouldn't have left college after one season.

Boyet Fernandez, who replaced Castro at UP during Saret's only season with the Maroons, remembered how good the kid was.

The mult-titled coach had a perfect explanation on why Saret didn't get the minutes at point guard back then.

“He’s a good point guard, there’s no question about that,’ said Fernandez. “But, at that time, I had Mikee Reyes (as starting point guard), so timing lang siguro.”

“During that time, ang alam ko naglaro siya sa labas, sa commercial league, na hindi yata pinayagan ng coach niya, I’m not sure, because my contract with UP was only for one season,” he added.

Still, Fernandez believes great things could've come Saret's way, both on the court and off it, had he stayed at UP.

“Sayang ‘yung bata,” the current San Beda coach sighed. “Magaling siya and mabait naman. Kung nag-stay siya sa UP, who knows, maybe he’ll make it sa PBA or if not, being a UP graduate can take you places.

Saret has gone through a spate of misfortunes in his career, but he should consider himself lucky to have his older brother Jet by his side in every failed or successful tryout and in every single game - be it in a big arena or a in nondescript barangay gym.

Jet said he has gone through his own emotional roller-coaster standing by his brother.

There were times Jet felt like giving up. But no matter how trying the journey has been, he made sure to be there for his kid brother, especially after their father, former player Eliseo 'Boy' Saret, passed away five years ago. 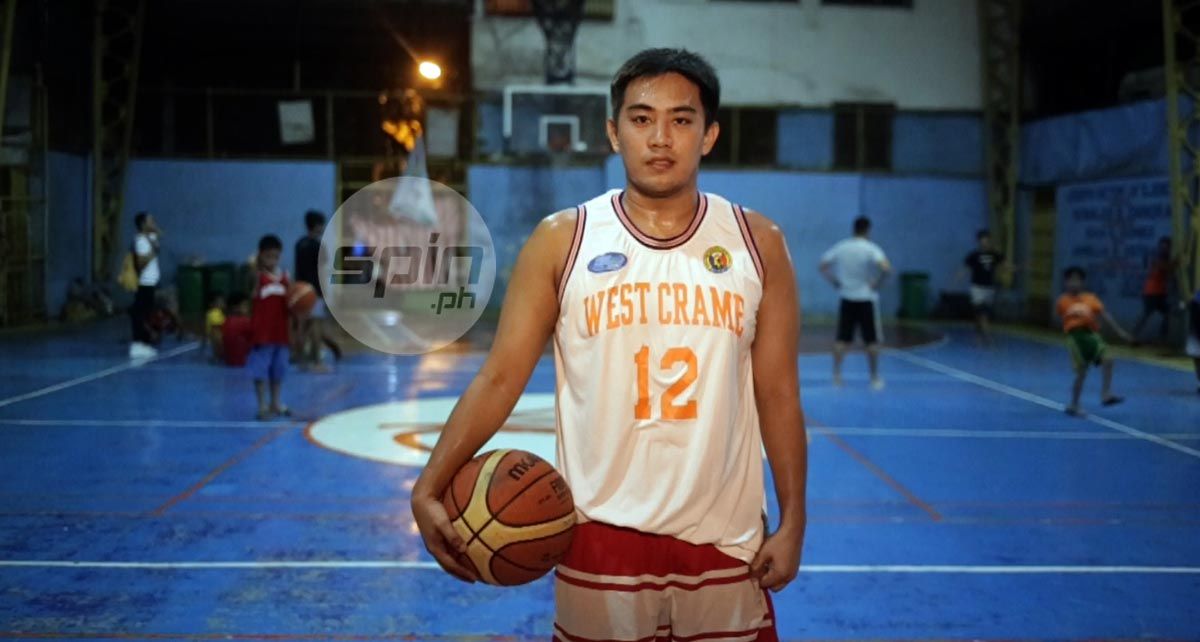 Joshua is honest enough to admit that he feels nothing but regret when he looks back on his career path, and more so when he sees former teammates Louie Vigil and Agovida now with San Miguel in the PBA.

But Saret is not giving up. He can't, more so now that he has mouths to feed in three-year old son Zach Riley and newborn daughter Jilliane Reese.