LAWRENCE, Kansas — Kansas coach Bill Self has always relied on veteran point guards to run his teams, All-Americans such as Frank Mason III and Devonte' Graham, or Tyshawn Taylor, who led an unheralded group of Jayhawks to the Final Four in 2012.

Often overlooked prospects, they grow and mature over three or four years in the program.

Remy Martin is the opposite: He is a senior transfer from Arizona State who gave up a starring, high-scoring role for the Sun Devils for the chance to be part of a more complete team with national championship aspirations.

So far, so good. Martin was the catalyst for the Jayhawks through the opening weekend of the NCAA Tournament, helping the No. 1 seed in the Midwest Region advance to the Sweet 16 against Providence on Friday night (Saturday, Manila time). Martin scored 15 points in a blowout of Texas Southern, then poured in 20 to help hold off Creighton on Saturday.

"You know, his attitude the entire year I think is what has gotten him prepared for this moment," said All-American guard Ochai Agbaji, the Big 12 player of the year. "For him to shine, you know, and for him to go out there and just be Remy — it was really nice to see. And you know, I'm just so proud of him, too."

That's because everything could have unraveled earlier this season.

Martin earned a starting role for the opener against Michigan State in the Champions Classic, scoring 15 points in an easy win, and he had 14 against Tarleton State in his first game at Allen Fieldhouse. But the road was rocky from that point right up through February as injuries and a crisis of confidence conspired to derail Martin's senior season.

He scored 15 against Stephen F. Austin in December and didn't hit double-figures again the regular season.

Dajuan Harris Jr. eventually took over the starting job, though for all his talent, the pass-first point guard hardly offered the same dynamic backcourt ability Martin brought to the floor. Dring those long days, including a stretch in February in which Martin was unable to play at all, he could have easily given up on his one-year layover in Lawrence.

"I mean, the guys and my family — the group — I have a pretty tightknit group," Martin said, "so they keep my confidence going, they keep my mental (game) going. So I always felt like, you know, I had something in me." 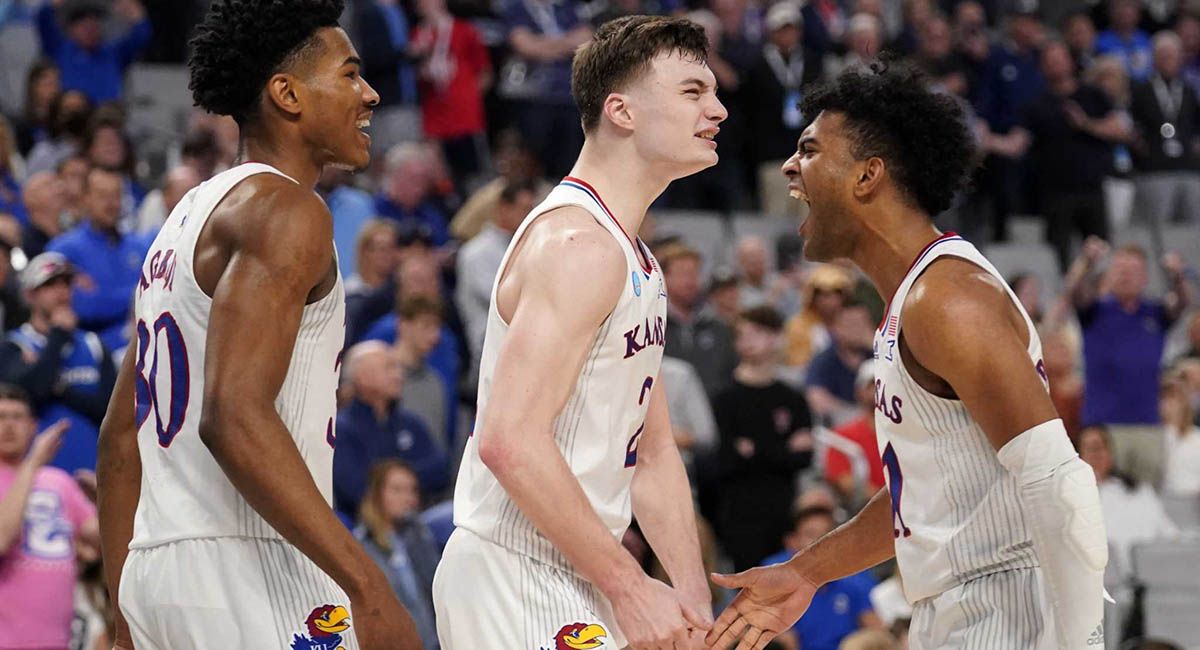 Remy Martin and the Jayhawks are in the Sweet 16.

Martin's positive approach was evident on senior night at Allen Fieldhouse, when he scored just two points in seven minutes in an overtime win over Texas. Afterward, he delivered one of the more memorable speeches to the home crowd, thanking Self and his teammates along with all those sitting in the stands for a year to remember.

He was 6 of 8 from the field in 21 minutes against Texas Southern and 7 of 14 from the floor against Creighton.

"There's nothing to it. I just keep it simple," Martin said. "I just go out there and try to give it my all and play. I wasn't going out there and trying to do anything different. They were giving me shots and I just had to knock it in in the first half."

Self is the first to acknowledge the Jayhawks are at their best when Martin's at his best.

After all, it was Self that admitted after a historically embarrassing loss to Southern California in last year's NCAA tourney that the Jayhawks needed to get faster and more athletic. And there wasn't time to wait several years for a point guard to develop in his program, so in a departure from the norm, Self lured Martin from the transfer portal.

"We're a different team with him," Self said after the tough 79-72 win over Creighton on Saturday. "We have got to have some guys make some shots and he bailed us out, you know, once again."

And if the Jayhawks need Martin to bail them out against the Friars on Friday night, you can bet he'll be ready.

"I just like wearing this uniform. I love everything about it," he said. "I just love playing the game itself. So I'm just happy."