KALYE Irving has definitely come a long way since a video of his dribbling prowess went viral a couple of years ago.

Aside from being a popular figure online, Kalye Irving, whose real name is Dan Andrei Ingco, is able to play varsity ball and go to school on a scholarship, thanks to his basketball wizardry.

The 12-year-old is currently a member of the Augustinian Abbey School elementary basketball team in Las Piñas City and even represented Las Piñas City in the NCR Palaro, a qualifier for the Palarong Pambansa.

That would not have been possible had his grandfather not found an old ball that Ingco can play with. And he wouldn't have improved without the guidance and patience of his father and an uncle who taught him the basics of basketball. 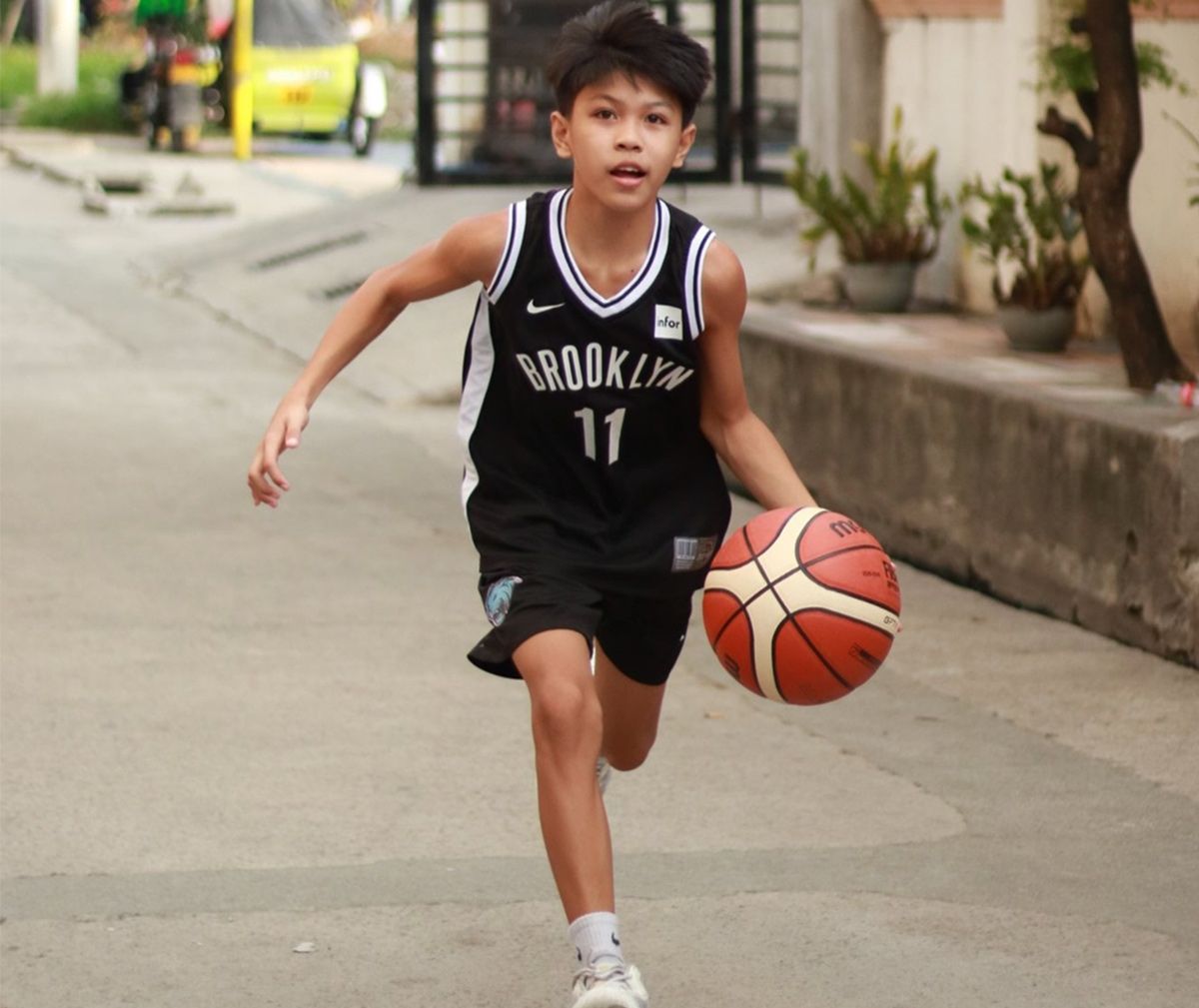 Shooting wasn’t the first skill that he was able to develop. With their neighborhood court always filled with players, Ingco said he resorted to play the game in street courts. Hence, the name Kalye Irving.

Ingco picked up skills so fast that by the time he was eight years old, a video of his dribbling exploits went viral on social media.

At age nine, Ingco got his first TV appearance in ABS-CBN’s Little Big Shots show. Opportunities continued to open up for Ingco later on after that as he also got an athletic scholarship from Augustinian Abbey School.

In his varsity career, Ingco already won two championships as well as Mythical Five awards. Ingco also became part of the Las Piñas team that lost to Marikina in the semifinals of the NCR Palaro in 2019. He would have played for the city for the second time this year had the competition not been mothballed because of the coronavirus [COVID-19] pandemic.

From a street hero, Ingco is thrilled to cross over to the basketball mainstream.

Kalye Irving vowed to keep improving and playing for the national team is just one of his goals. He draws inspiration from his favorite NBA player Kyrie Irving, PBA star Terrence Romeo, as well as MPBL standout Ian Melencio and NBL Philippines player Mark Sornet.

Now a social media sensation, Kalye Irving still thinks he has a lot to learn in basketball, even in dribbling. He knows he must improve every facet of his game to be able to reach his dreams.

Watch Kalye Irving in the latest episode of the SPIN Sidelines