KAI Sotto has only been on the court once for the Adelaide 36ers, but his experience is enough to be an eye-opener for him to understand what else he can do ahead of his National Basketball League (NBL) debut.

"I think it was a good first game experience for me. I didn't play the best game possible, but I think I played ok," he said in a press conference hosted by TapDMV on Thursday.

Sotto was decent in his first taste of the action for Adelaide, tallying seven points, five rebounds, one assist, and one block in 20 minutes of play in its 91-87 overtime win against the Cairns Taipans back in Nov. 14.

He had his moments in the game, from his first half dunk to his clutch go-ahead drive in the final 43 seconds to break the deadlock at 72 in regulation.

Still, the 19-year-old understood that his performance left a lot to be desired -- one that he seeks to continue working on before the 36ers season-opener on Dec. 3 against the Perth Wildcats.

"I think I have so much more to work on. The first preseason game was really helpful for me because I already saw what I have to do for the next games that I'm going to play. It's a good first game," he said. 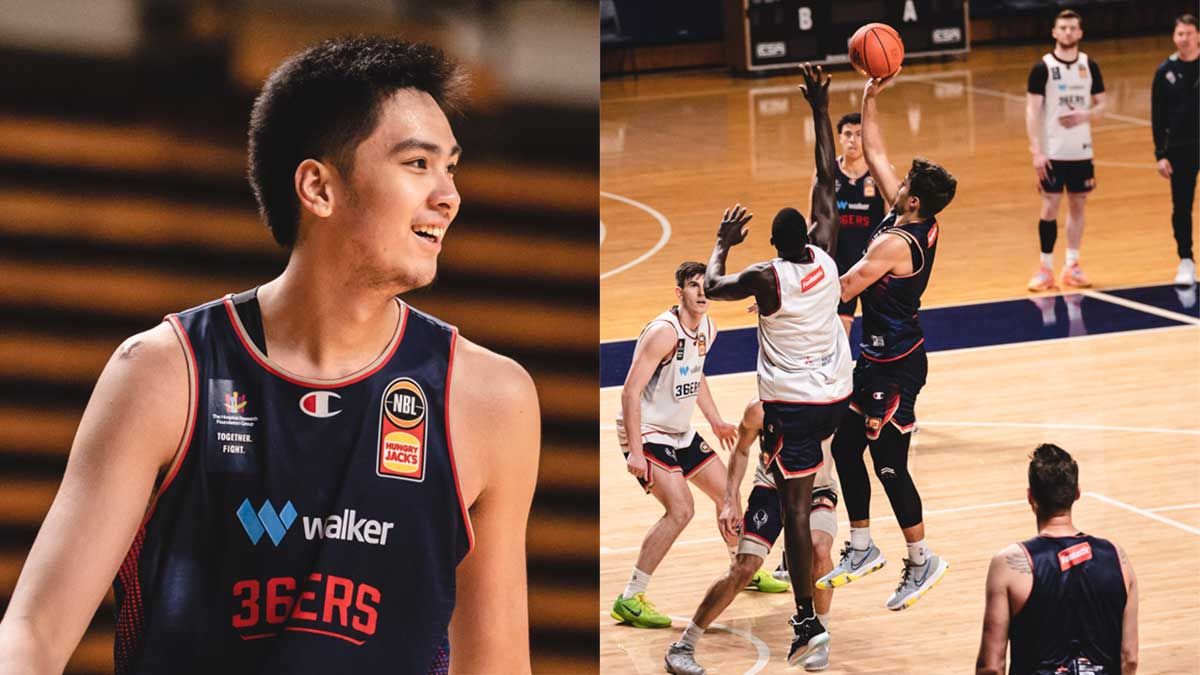 Lucky for Sotto, he's got a "great mix of teammates" that he could learn from in the Adelaide's frontline.

"Having Daniel Johnson and also Cameron Bairstow and Isaac Humphries, they're three very different players that I can learn so much from. Especially Cam every time when we play in the same team, he always gives me advice on what I should do offensively or defensively, he gives me tips. Also DJ always does that. Isaac doesn't really talk a lot but I know what he's trying to say," Sotto shared.

Cameron Bairstow brings that veteran experience after playing for two seasons with the Chicago Bulls.

Daniel Johnson is also that grizzled journeyman who had stints in Puerto Rico, Poland, Middle East, and Japan, lastly playing for SeaHorses Mikawa in the B.League.

And Isaac Humphries is a relatively young stud approaching the peak of his career who is motivated to show what he learned from his last campaign with the Lakeland Magic from the NBA G League bubble earlier this year.

"Having those three guys on the same team with me, it's just a great feeling and a great opportunity for me to learn," said Sotto, relishing these different perspectives in the leadup to his rookie season in Australia.

"I'm just like a sponge, I'm just learning, just absorbing everything that I can, trying to be better every day with them."