IT'S hard for Kai Zachary Sotto not to stand out wherever he goes.

Pictures of the teenager immediately went viral on social media following an appearance in an Alaska Jr. NBA camp over the weekend, catching the imagination of basketball fans who haven't seen an aspiring player this tall for his age.

Intrigued, SPIN.ph set out to get hold of the prodigy through his father Ervin Sotto, a former PBA first-round pick and seven-year veteran who is now playing for Byaheng SCTEX in the PCBL Chairman's Cup.

What we learned made us more interested: the kid has been playing with a ball since he was two, rarely plays computer games, doesn't have a Facebook account, and really loves playing basketball.

It's also anybody's guess how tall he can grow, but chances are good he can easily shoot past seven feet considering he grew, according to his dad's estimate, by five inches over the past year.

As tall as he is, Kai is also aiming high, saying he dreams of making it to the NBA.

Sotto said his father urged him to watch NBA games more than those in any other league in the world.

Among Filipino players, he looks up to his Ninong Ranidel de Ocampo. 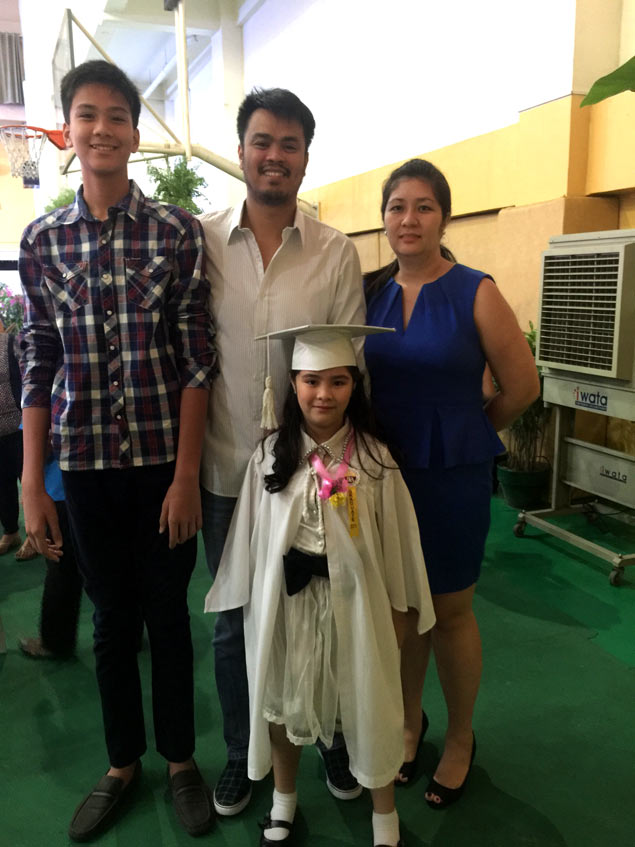 Ervin and his wife Pamela have been very supportive of their son's dream, but the dad revealed it didn't take much prodding for Kai to embrace basketball.

Ervin is no doubt pleased with the progress of his son, who is now the main man of the St. Francis of Assisi high school team.

Kai's body is proportional and his moves are coordinated.

Ervin said the PBA is also an target for Kai, but said the ultimate dream is to become the first homegrown Filipino player to make it to the NBA.

To further hasten the development of Kai, Sotto said he intends to send his son to the US or Europe soon for further training and exposure, although he admitted they have no sponsors yet.