JORDI is the next Gomez de Liano in line to make his mark in basketball. Make no mistake, though, he's the first Jordi. Just Jordi.

Of course, older brothers Joe, Javi, and Juan have rubbed off on him, but the fourth GDL is very much his own [young] man.

While his kuyas all donned maroon and green in the seniors, Jordi decided to shed the UP colors in favor of the legendary black and gold of University of Santo Tomas.

"Really happy with my decision to go to UST," he said, four months since making the commitment to play for the Growling Tigers. "I feel like I was destined to be here."

UST is where the 6-foot-5, still-developing, sweet-shooting guard hopes to introduce himself as the first Jordi, just Jordi.

"I'm not really trying to step out of my brothers' shadows. I'm really happy and proud of my brothers on how they excelled," he shared. 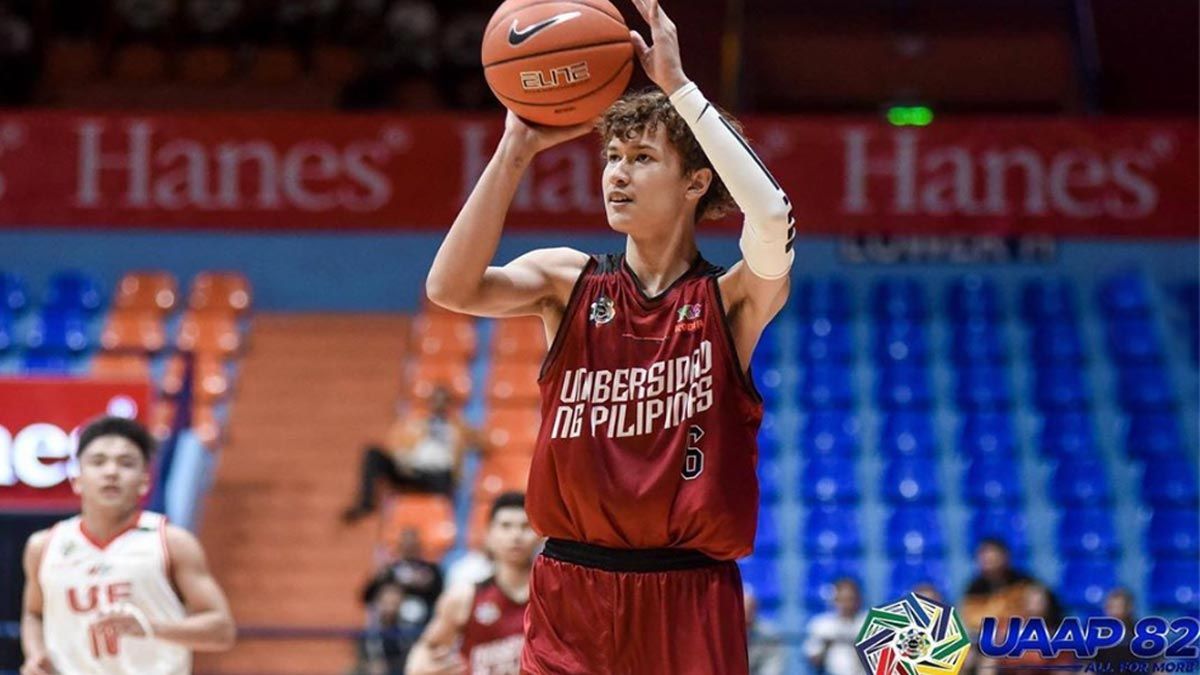 At present, Javi and Juan are both in Japan, seeing action - or in the case of the former, about to see action - in the ongoing B.League for Ibaraki Robots and Tokyo Earthfriends Z, respectively. That remains a possible future step for Jordi, but right now, all his energy and efforts are in Espana.

"Extremely excited to play and represent UST!" he said. "I've been waiting and training all year and I'm just really excited especially since it's almost two years we haven't had UAAP."

The last time the 18-year-old took the floor in the UAAP, he was playing for UPIS and averaging 13 points, 4.1 rebounds, and 1.8 assists in Season 82. He proved to be a knockdown shooter in the junior ranks and he is only working on tightening his dribble and strengthening his body for the college game.

Harnessing that potential is what the Growling Tigers are looking forward to once full-contact practices and varsity games finally resume.

Jordi GDL has the size, length, and the skills to match if not surpass older brothers Javi, who was a double-double machine in the juniors before becoming a sharpshooting big guard in the seniors, and Juan, a juniors MVP-turned-seniors Mythical selection. But while he helped make UPIS competitive in recent years, he has yet to make a Final Four.

Still, all the pieces of the puzzle are already there and it's only a matter of piecing them together. Jordi GDL is hopeful that UST is where he gets to do just that.

"I'm great! I'm adapting pretty well with the team and the school," he said. "It wasn't easy at first, but I'm starting to get the hang of it."

Japan will have to wait if it's on the lookout for another GDL. Right now, Jordi is fully focused on helping the Tigers growl louder and, in doing so, making his very own mark in the sport.

"One of my dreams is to play international basketball. I really see myself hopefully playing abroad soon," he said, full of confidence. "But for my part, I still have a lot to improve so I just want to get better every day. I have to work 100 percent harder to achieve my goals."

When that time comes, Jordi GDL may very well pave a path divergent from his brothers. After all, he's the first Jordi. Just Jordi.