That's what it took for Goliath to escape David's wicked slingshot as the No. 1 seeded Gonzaga Bulldogs narrowly edged the 11-ranked UCLA Bruins in overtime, 93-90, and punch a ticket to the NCAA men's championship game on Tuesday.

The thrilling semifinals, which kept the live audience of about 8,000 socially-distanced fans up on their feet for 45 minutes at the Lucas Oil Stadium in Indianapolis, reminded us of the beauty of March Madness.

Since the NCAA adopted its 64-team, win-or-go-home set-up in 1985, so many favorites have fallen by the wayside. And today's nail-biter was shaping into another giant upset when the 14.5-point underdog Bruins fought the unbeaten, 31-0 Bulldogs to 15 ties and 19 lead changes.

But in basketball, the team with the best player almost always wins. And that was the case here when Jalen Suggs, a 6-foot-4, 205-pound freshman from Minnesota sank that miracle 3 to end UCLA's unexpected tournament run.

Suggs, who was also a football star at Minnehaha Academy, finished with 16 points, five rebounds and six assists in 40 minutes of action. He drilled 6-of-12 from the field, 2-of-5 from 3 and was perfect from the free throw line, 2-for-2.

"It helps when you have a magical, special guy like Jalen, special at the end of games," Gonzaga head coach Mark Few told The Associated Press. 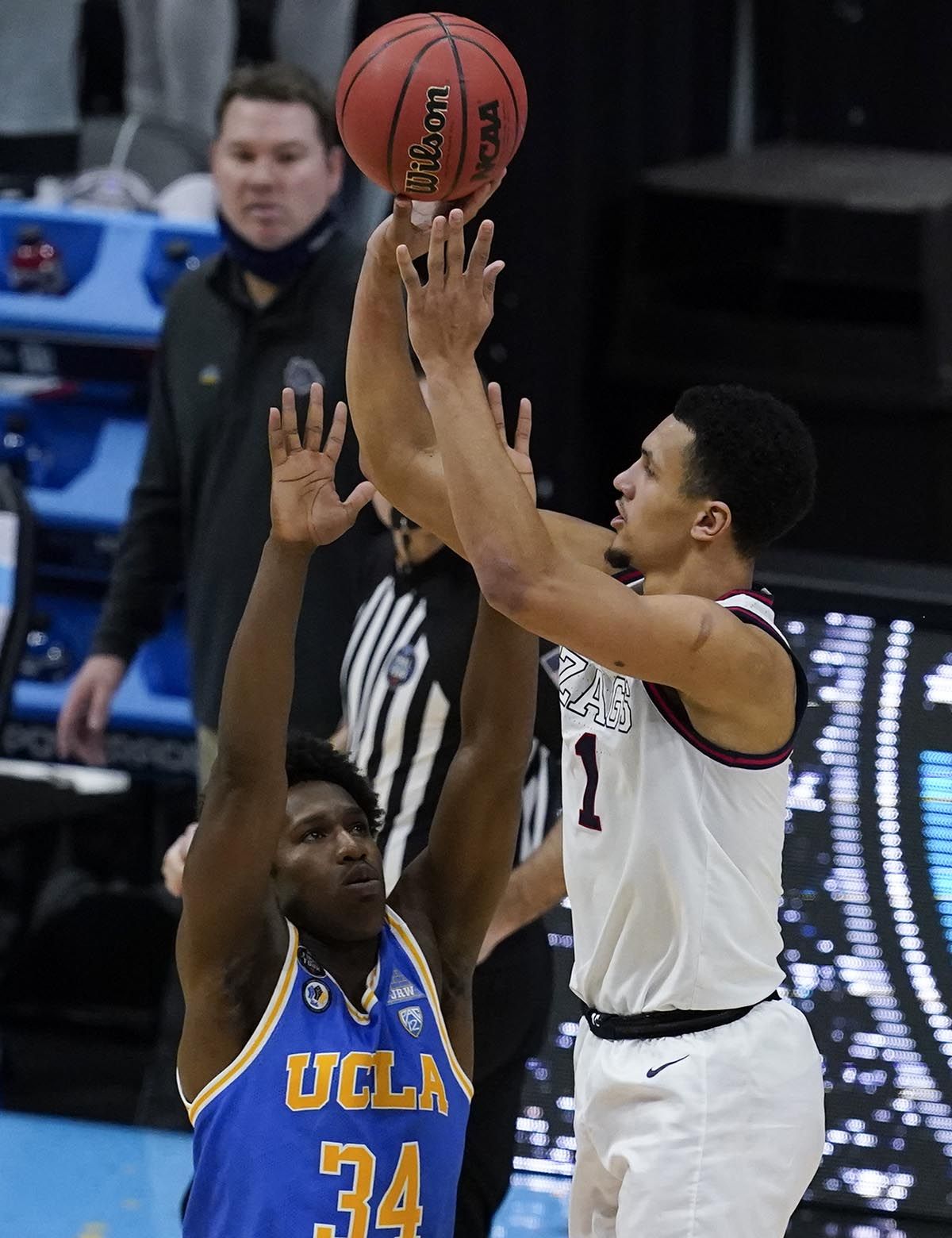 The depth of Gonzaga, which has destroyed the field this season like lawn mower to grass, winning 30 of their 31 games in double-digits, set the stage for Suggs' heroics.

Drew Timmie registered 25 points and four boards. Cotey Kispert added 15 and five dimes while Andrew Nembhard chipped in eight assists and 11 points, including a cold 3 that put Gonzaga up, 90-85, with 77 ticks remaining in overtime.

DREAM GAME FOR THE STAR BRUIN. Although Johnny Juzang couldn't take UCLA's Cinderella act all the way to the national finals, he just kicked the NBA door wide open. Previously projected by DraftNetExpress to go in at No. 24 pick in the 2022 draft, Juzang could easily be a first-rounder if he chooses to leave school early.

After averaging just 16 points, 4.1 rebounds and 1.6 assists per game this 2020-21 season where he made only 44.1 percent of his shots, Juzang, despite being bothered by a tender ankle, went berserk the past two weeks. 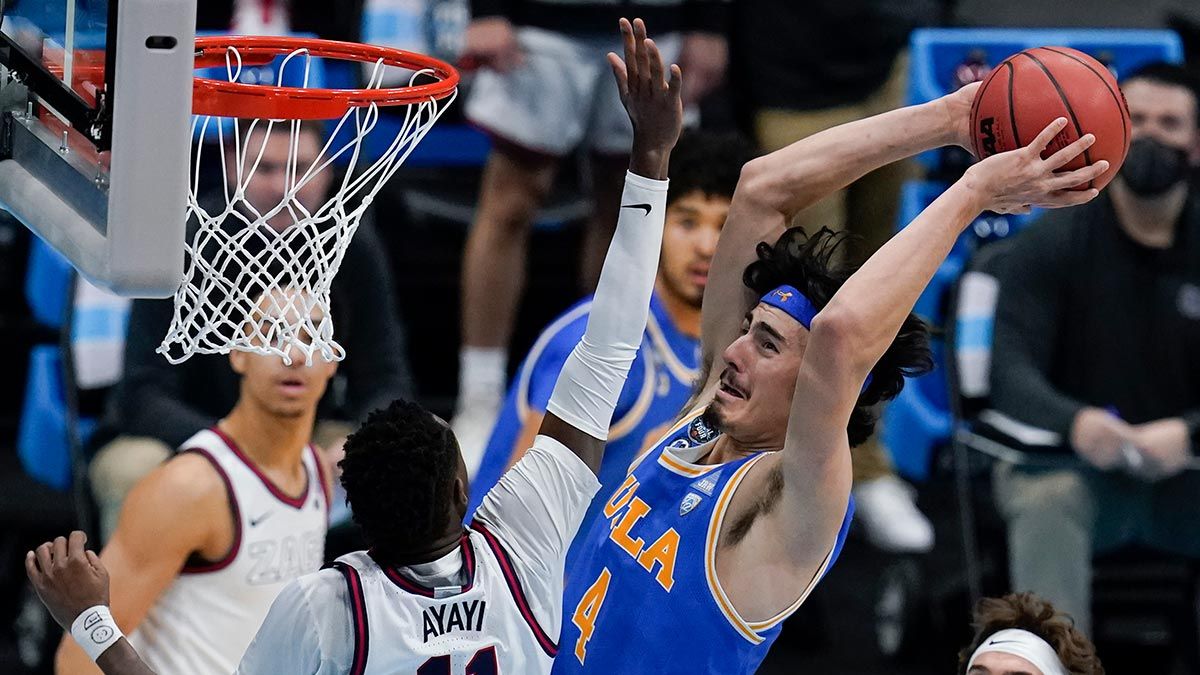 And he saved the best for last in this memorable Final Four duel.

Juzang tormented the Bulldogs for 29 points while picking up six boards and two dimes. He went 12-of-18 from the field (66.7 percent) and 3-of-6 from downtown. His last made basket, a put-back of his own miss, knotted the count at 90-all with 3.3 seconds left.

Still, the electric, fearless performance allowed the Vietnamese American to insert his name in the consciousness of hoops fans around the world. It also made NBA GMs league-wide to take notice.

At only 20 years old, the 6-foot-6, 210-pound Juzang is too young to worry about money. But if he doesn't mind having a pile of cash laying around his bank account, there's a stash waiting for him in the NBA. 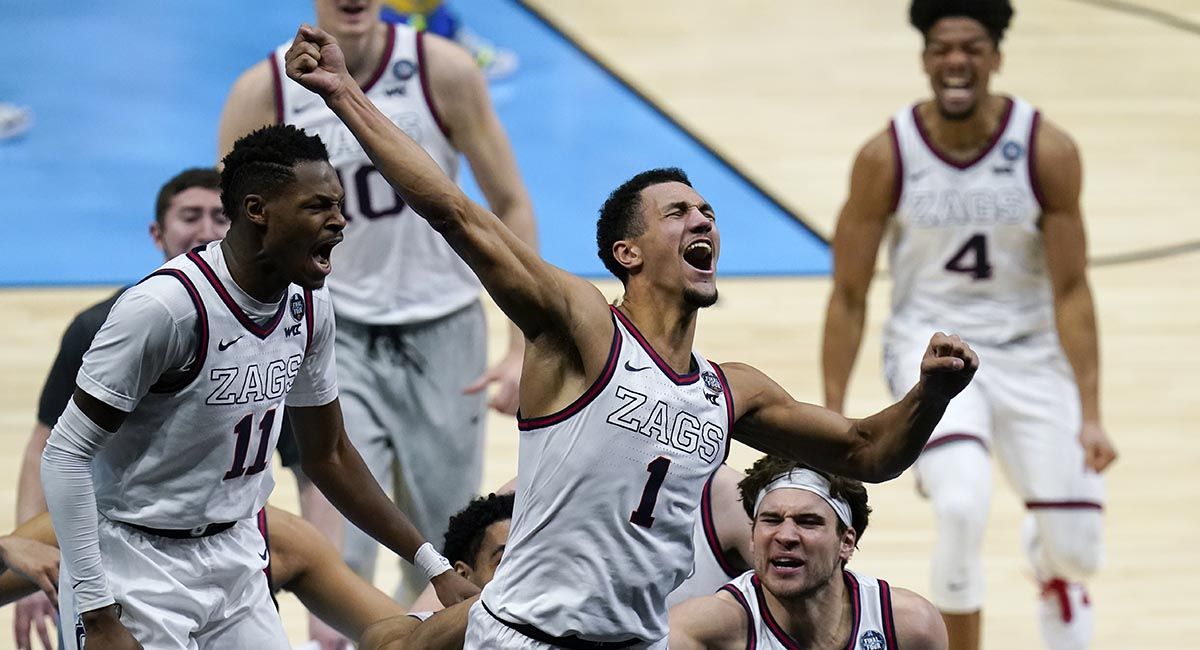 Suggs and Gonzaga, meanwhile, have some unfinished business.

The Bulldogs are gunning to become the first team since the Bobby Knight-coached 1976 Hoosiers to win it all without a single loss.

Although they've already been installed as 4.5 favorites in the title game, Gonzaga will have their hands full against Baylor, also a No. 1 seed.

But I have a feeling Suggs has one surprise left in his deep bag of tricks.