JEFF Napa has officially assumed the role of the head coach for Centro Escolar University.

The decorated mentor has been formally introduced and met with the Scorpions on Tuesday following the departure of Derrick Pumaren to La Salle.

The 38-year-old product of National University will have a tall task ahead of him in sustaining a CEU program that has contended in all tournaments it competed.

Despite losing half of the team to game-fixing allegations, the Scorpions were still able to make it to the finals of the 2019 PBA D-League Aspirants' Cup before settling to a runner-up finish to Cignal-Ateneo.

CEU also swept its way to the NCRAA title last year, before finishing in the semifinals of the UCBL.

Napa, though, is no stranger to winning, being a three-time UAAP Juniors champion at the helm for the Bullpups. 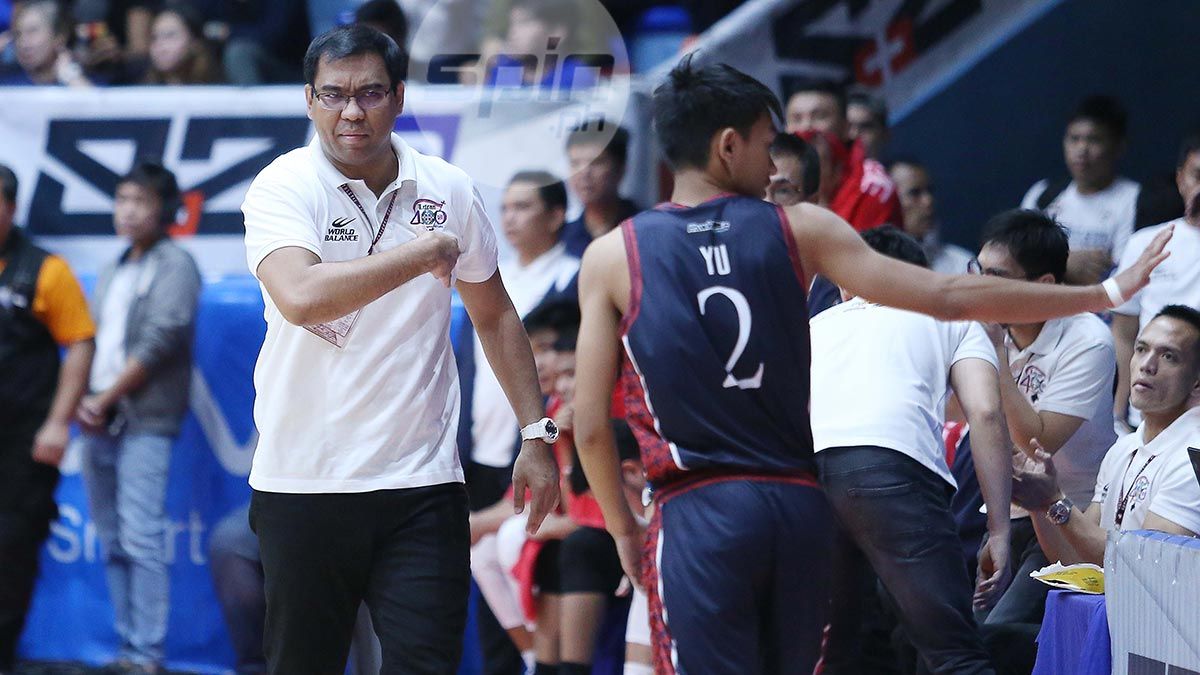 He also served as the head coach for Letran for three seasons, and was an active voice for coach Bonnie Tan in the Knights' NCAA Season 95 conquest.

Napa has recently been appointed as a team consultant for Letran, while also serving as an assistant in NorthPort.

In CEU, however, he will get his feet wet in the upcoming 2020 PBA D-League Aspirants' Cup, set to start next month.

Longtime deputy Chico Manabat will join Napa's staff with the Scorpions, which also lost Senegalese center Maodo Malick Diouf, who transferred to University of the Philippines.

He's also tasked to oversee the women's team, with Roy Billanes serving as the interim coach.