WHEN in Rome, do as the Romans do. Or in this case, when in Japan, do as the Japanese do.

That partly explains how Thirdy Ravena found himself in hot water when he got slapped with a two-game ban and a fine of JPY100,000 for damaging a signboard after San-En NeoPhoenix's 90-89 loss to the Toyama Grouses on Sunday.

It's a momentary lapse of judgment, yet one that proved to be costly for Ravena - further proof that unlike elsewhere, the Japanese take their code of conduct seriously.

The code that Ravena broke is in black-and-white in the B.League's disciplinary rules, with Article 5, Paragraph 3, Item 6 stating penalties for "athletes who intentionally damage property in the arena or related facilities."

Penalties for first-timers like Ravena are relatively lighter - a suspension for at least one match and a fine. Longer suspensions and heftier fines await repeat offenders.

Ravena has since apologized for the incident and will serve his suspension in San-En's next series of games against the SeaHorses Mikawa on Dec. 4 and 5.

"With the series of losses and personal bad games, I let my emotions get the best of me. And the chance of actually winning a game, but losing it because of me was just too much at that point. Again, I apologize to everyone," he said.

The B.League is actually strict in its rules and regulations, further proof of the discipline that the Japanese have.

What is customary here in the country and largely dismissed as "heat of the moment incidents" are actually punished there. Consistently. 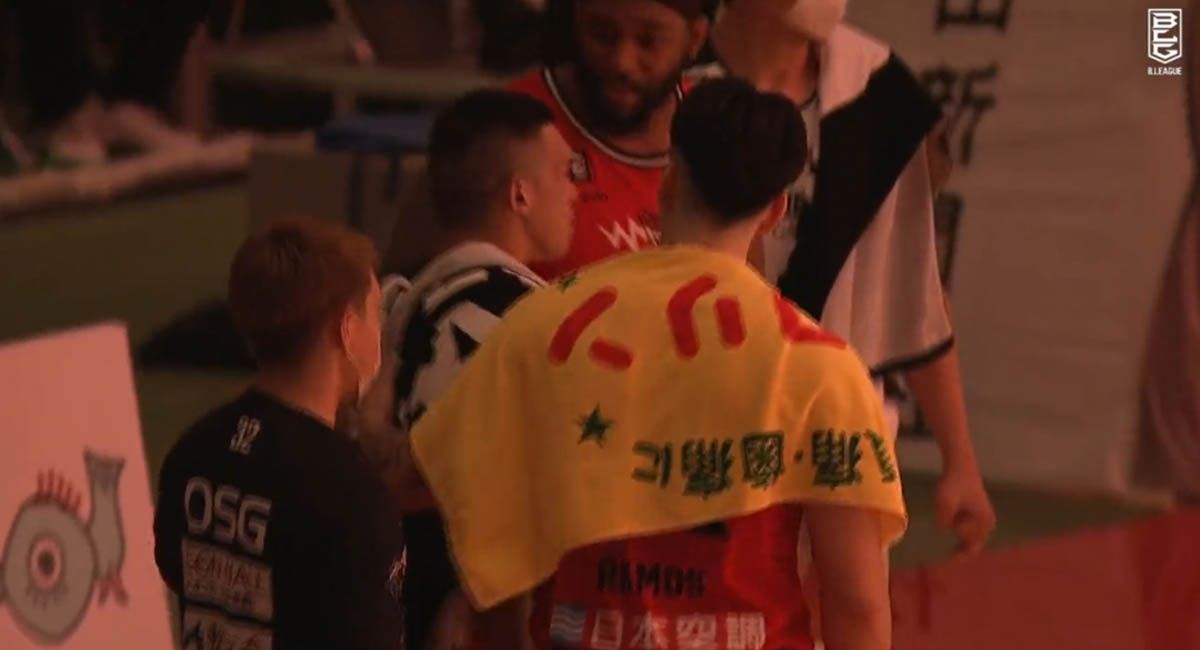 Deliberately hurt or threaten an opposing player that led to an ejection? A maximum of two games and a fine. Shiga Lakestars import Novar Gadson found that out the hard way and was suspended for the team's next game against SunRockers Shibuya.

Spit on an opponent? That could lead to a fine and a suspension up to six games.

Insult or publically criticize a referee? A fine and a suspension up to two games.

Threaten or spit on a referee? That could lead to a six-month to a year-long ban and a subsequent fine.

Assault the fans? Expect a year-long suspension. And repeat offenders can also face an indefinite suspension.

The B.League is also clear in reminding the players to maintain dignity and act to protect the value of the league, both in person and on their social media accounts, reminding them not to: a) relentlessly protest a referee's decision; b) kick or throw the ball up; c) insult the opposing club and its officials after the match; and d) acts similar to the aforementioned items. Failure to do so could lead to a two-game suspension and fine for first offenders, and bigger penalties for repeat offenders.

Brawls also have no place in the B.League, with those taking part handed six-game suspensions for first timers, and a possible year-long ban for repeat offenders.

It's a zero tolerance policy on the part of the B.League, and a clear message for the players, Ravena included, to shape up or ship out.