COLUMN: Remorseful Thirdy Ravena sure to learn from rare misstep

CHICAGO - If the world's best geneticists were to examine the Ravena basketball DNA, they would quickly discover two unique strains besides charisma and intellect.

Poise and grace under pressure.

Last Sunday, however, in an uncharacteristic display of temper explosion, Thirdy Ravena allegedly assaulted an innocent sponsor's signboard after two crucial errors that led to San-En Phoenix's narrow 90-89 loss to the Toyoma Grouses.

Coming from Thirdy, a choir boy when he's not hooping, this outburst was rare, unimaginable.

At a loss for reasons, I decided to reach out to him.

Thirdy had just taken a flight from Okinawa when he answered my phone call from his base in Toyokawa at around 6:30 am this morning (PH time).

I went straight for the jugular and immediately asked him what the hell happened.

A brief pause ensued, the kind where the superstitious thinks an angel passed by. And then he walked through the matter gingerly.

"I'm sorry, no comment," he said, his voice soaked in regret and melancholy.

I felt sorry, too. For him.

Thirdy, as every living human being who ever crossed his path can attest, is a great kid. He didn't deserve to go through all these but bad things happen to good people all the time.

He was fined 100,000 Japanese yen or the equivalent of roughly US$876 for his actions. He was also banned for two games and it's not clear whether those forced absences would be with or without pay.

"We will have practice today. I'll know by then," he said, explaining that team officials will discuss the matter with him more thoroughly after the team's sweat session.

Other than this harmless hiccup, though, Thirdy is having a blast.

"My second season here is better than the first one. I just need to be more consistent, which is the biggest challenge. But I know I can be better every night." 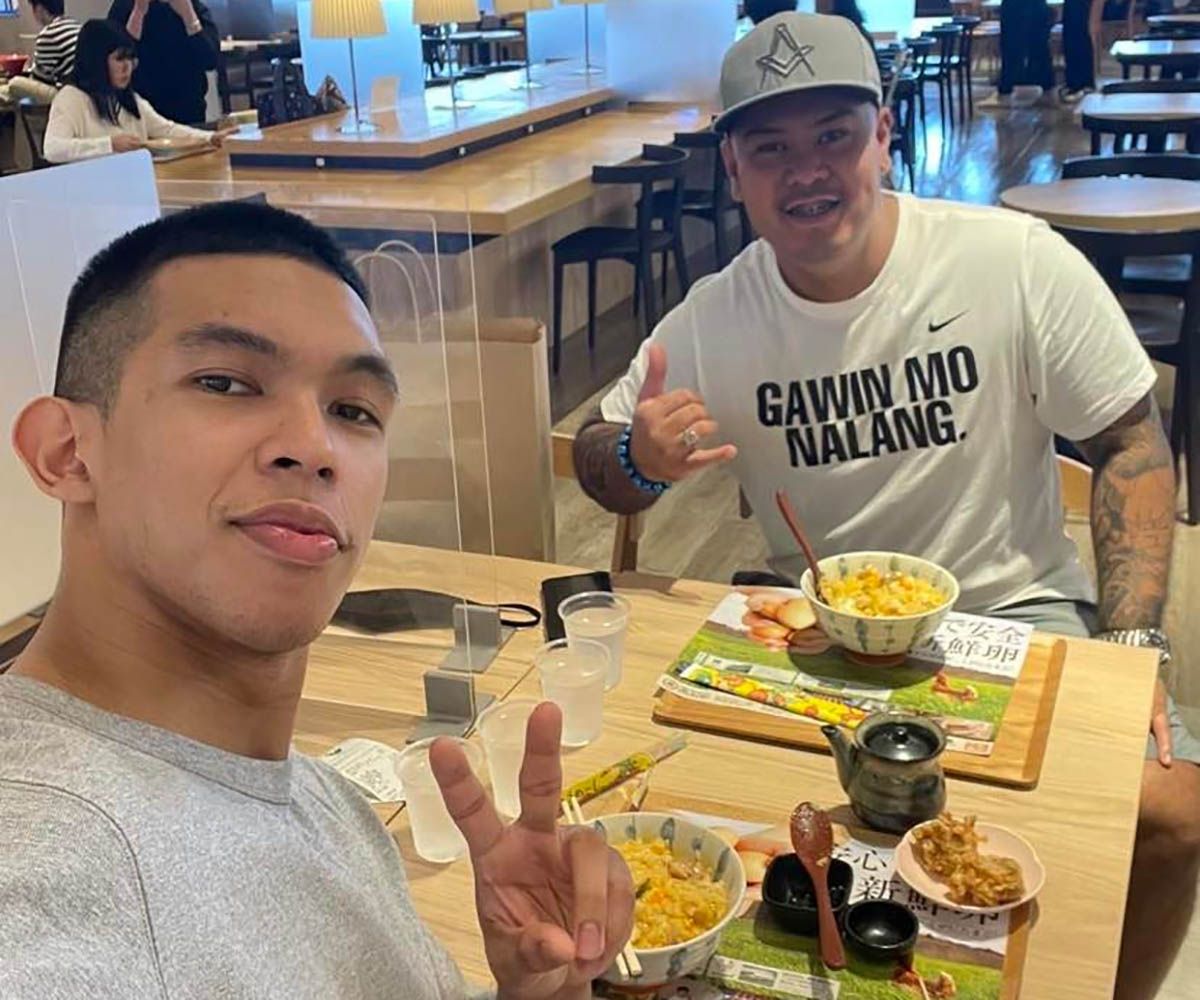 I asked him what it's like now that there are other Filipinos playing in the B.League, including his older brother, Kiefer, and good pal, Dwight Ramos.

"It's a great feeling to be able to crack that door for others to follow. There is another option now for Filipino basketball players back home and I am so happy that a lot of them will be able to make this leap for their careers."

Thirdy won't be home for the holidays so he will be celebrating Christmas vicariously with friends and family through FaceTime.

But he knew coming in that sacrifices have to be made.

Once the pandemic-related hold on tourist visits are lifted, however, Thirdy will be able to invite some company.

Until then, it's mostly all work out there.

Which suits Thirdy just fine as he continues to evolve into an upstanding individual and one heck of a professional basketball player.