BOBBY Ray Parks completed a four-point play that put Nagoya in control in the fourth on the way to a 81-76 victory over Shinshu on Sunday in the Japan B.League at Dolphins' Arena.

The Filipino guard only had six points, but his four-point play gave Nagoya a 76-68 lead with 4:15 remaining before holding off Shinshu late.

Parks also collected three rebounds, one assist, and one block off the bench to help the Diamond Dolphins take their third consecutive win and climb up to 24-10.

Shinshu leaned on Ko Kumagai and Wayne Marshall, both of whom scored 18 points in the defeat.

Matthew Aquino went scoreless in four minutes and 49 seconds of play but grabbed a solitary rebound in the loss as the Brave Warriors were sent to their third straight loss and sunk to a 19-22 card.

Nagoya aims to stretch this run against SeaHorses Mikawa at home still at the same venue, while Shinshu heads back home to host the Toyama Grouses at White Ring Arena, both set this Wednesday. 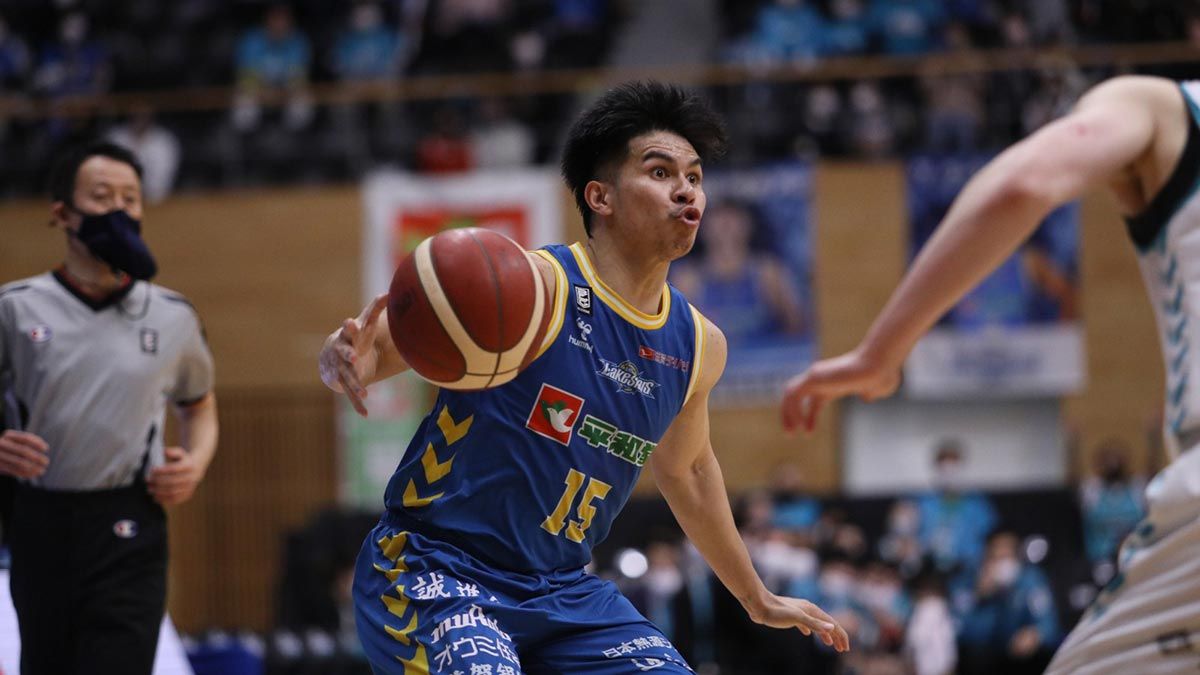 Kiefer Ravena and the Lakestars suffer their ninth straight loss.

Meanwhile, Shiga could not mount a late rally as it suffered a 79-57 loss to Kyoto at YMIT Arena.

Kiefer Ravena had seven points, two steals, a rebound, and an assist as he gobbled the ball up four times.

Shiga was caught flatfooted, falling behind, 23-7 early which set the stage for the 22-point rout.

David Simon was all over the floor for Kyoto (11-29) with 20 points, 10 rebounds, and five assists, while Justin Harper got 18 points and nine boards in the Hannaryz' third straight win.

Novar Gadson dropped 19 points and five rebounds to topscore for the skidding Shiga (10-26), which tasted its ninth straight defeat.

Teppei Kashiwagura also had 12 points, six boards, and six assists, as Sean O'Mara had 10 points, 11 rebounds, and four dimes for the Lakestars, which will be back in action on Wednesday to face Osaka Evessa at Ukaruchan Arena.

In second division action, Kemark Carino produced five points, two steals, and one rebound for the cellar-dwelling Aomori Wat's, which once again drew the short end of the stick with a 101-66 decimation at the hands of Fukushima Firebonds at Furudono Town Gymnasium.

Alex Murphy paced Fukushima (28-13) with 21 points and six boards, while Erik Murphy got 18 points, eight rebounds, and four assists in the win.

Hayate Komasawa shot 7-of-7 from the free throw line for his 17 points to lead Aomori, which suffered their 24th straight loss to fall to 2-40.

The Wat's schedule won't get easier when they play the Sendai 89ers at Maeda Arena on Wednesday.