BOBBY Ray Parks was once again checked, but the Nagoya Diamond Dolphins found a way to pull through, scoring a 89-77 victory on Sunday to sweep the Levanga Hokkaido in the Japan B.League at Dolphins' Arena.

The Filipino shooter missed both of his triples and only had four points, five rebounds, an assist, and a steal in 21 minutes of play, but the Diamond Dolphins still eased to victory, replicating Saturday's 90-60 rout.

Coty Clarke dropped 28 points buoyed by four triples, to go with nine rebounds, three assists, and three steals, while Takumi Saito had 17 points, eight dimes, and five boards in the win to help Nagoya improve to 20-8.

The Diamond Dolphins lost grip of a 19-point third quarter lead and saw it chopped down to just four points, 69-65, with 5:04 left, but had every answer for the Levanga as they finished the game with a 16-5 run, capped off by a Saito layup with 1:22 remaining to restore order at 85-70.

Nagoya will be looking to extend this win streak to three on Wednesday versus Alvark Tokyo at Arena Tachikawa Tachihi. 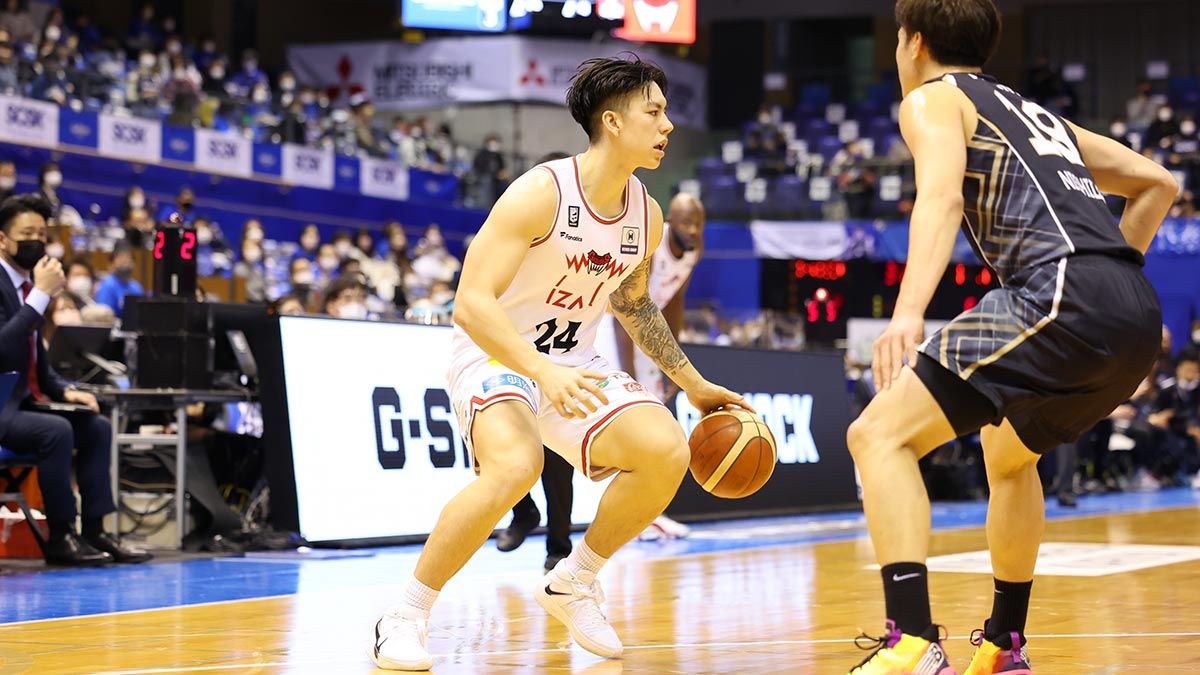 Dwight Ramos and the Toyama Grouses absorb their 19th loss in 30 games.

Dwight Ramos did have a better game, although this time, the Toyama Grouses bowed, 76-70, to Mikawa.

The Filipino guard pumped eight points and one steal in 18 minutes off the bench, but his better showing could not help Toyama repeat its 93-87 escape a day prior.

Davante Gardner had every response for the Grouses' attack, scoring seven in the SeaHorses' 15-6 assault to turn a 62-61 deficit in the last 5:14 to a commanding 76-68 advantage in the final minute.

He ended with 27 points, seven rebounds, and two assists to pace Mikawa to a 15-13 record and end a two-game slump.

The Grouses attempt bounce back on Wednesday against the Shiga Lakestars at Ukaruchan Arena in the second meeting between Ramos and Kiefer Ravena.

Nick Mayo dropped 22 points, five rebounds, and three assists for Hiroshima, which rose to an 18-10 record.

Chris Jackson registered a double-double of 19 points and 12 boards, while Naoto Tsuji and Thomas Kennedy got 12 apiece to sweep the two-game series after the Dragonflies' 81-79 squeaker a day prior.

Eric Jacobsen and Chehales Tapscott paced Ibaraki (5-23) with 15 points each as it bowed to its fifth straight loss.

The Robots will be back in action on Wednesday against the Gunma Crane Thunders at Ota City Athletic Park Citizen's Gymnasium.