Kiefer pleased with weekend split as Shiga stems the bleeding

FOR the first time since October, Kiefer Ravena could smile as Shiga Lakestars finally got a win.

A Saturday victory ended the Lakestars' 11-game skid, although Yokohama got back at them on Sunday.

"It was a really tough situation with 11 consecutive losses, but I am relieved that I finally won," he said after Shiga's 76-72 victory on Saturday. to snap their skid in the Japan B.League.

The Filipino guard played a big role in the win, scoring the go-ahead three-point play with 26.0 seconds left to cap off his 20-point, eight-assist performance.

It was the Lakestars' first taste of triumph since their 110-79 victory over the Nagoya Diamond Dolphins last Oct. 24.

Although the Lakestars weren't able to sweep the two-game series, falling to the B-Corsairs, 98-85, on Sunday, Ravena was pleaed with the split. 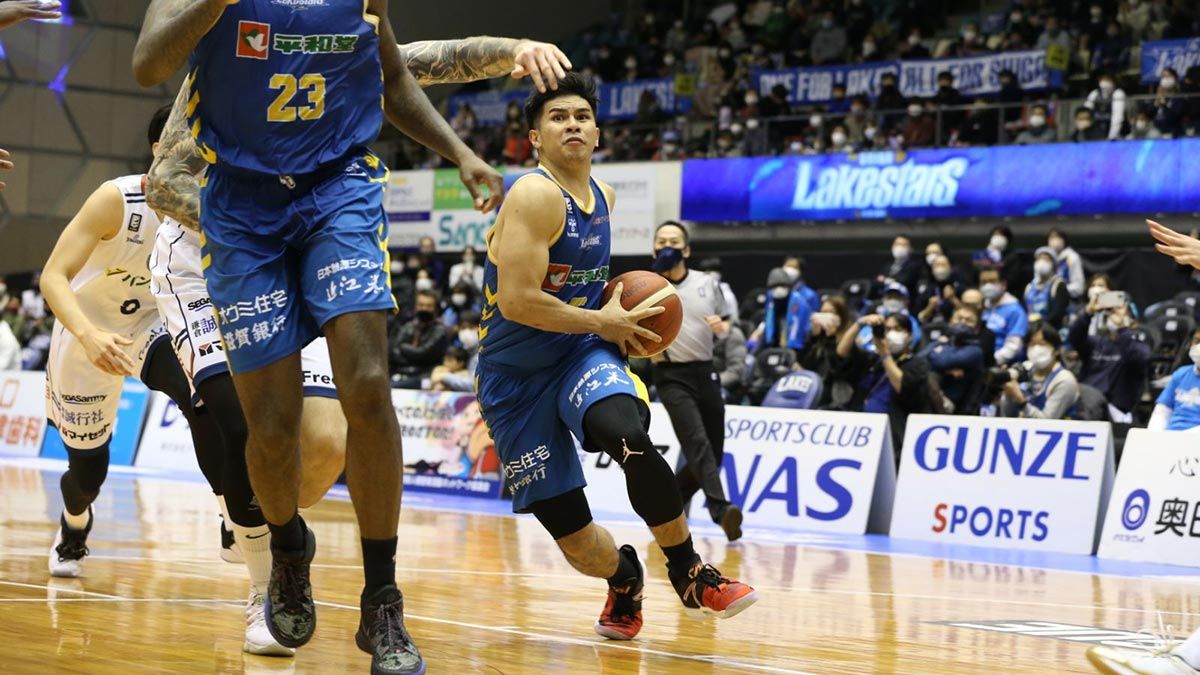 Kiefer Ravena and the Lakestars split the weekend games with Yokohma.

Ravena is also pleaed to see the locals step up, with Teppei Kashiwagura and Naoto Moriyama contributing greatly to the team's success, as well as unheralded players like Tomonori Imagawa and Koya Kawamata doing their part in helping Shiga's imports Ovie Soko and Sean O'Mara.

"While there are few foreign players, the locals are stepping up in situations where our imports are in foul trouble. They are young players, and in the B.League where many foreign players can be placed in one team, they are in a situation where the Japanese players have only little playing time. But they have tried to seize the chance and I'm just happy that I was able to carry out the team's plans firmly," he said.

Ravena believes the Lakestars are better than what their 7-14 record shows.

"I want the team to continue improving and win more games."

Shiga will stay at home for Christmas Day when it hosts Kobe Paras and the Niigata Albirex BB this weekend.