CHICAGO - His high-rise crib, provided for free by his team, is so huge it can hide the Mall of Asia arena in the living room.

"Yes, I have a two-bedroom apartment here. It's very big, with lots of space that I don't even know what to do sometimes," Dwight Ramos said shyly, his voice ringing with a mix of amusement and guilt over the wretched excess.

And that's just one of many perks.

He makes a lot of money, too, thousands of U.S. dollars a month.

I was sworn to silence about exactly how much but let me offer you a clue: it's way more than even the PBA's biggest stars can ever dream of.

There's also a courtesy company car that he can drive to work and anywhere else he pleases.

Christmas arrived early for Dwight Ramos, last September to be exact, when he officially became an Asian import for the Toyoma Grouses in the Japan B. League.

In a SPIN.ph exclusive, Ramos lifted the blinds of his immensely private existence for his devoted fans to see.

So what is it like playing in the B League, we asked.

"Being a part of the Toyama Grouses is great, on and off the court. Both my Japanese teammates as well as the other imports look after me as a rookie.

"I play with two of the most dominant players in the league - Julian Mavunga and Josh Smith - and I'm just taking everything in and seeing how I can keep working to improve my game and get to their level in the future."

FOR THOSE WONDERING WHAT IT IS LIKE TO WALK IN DWIGHT'S GIANT SHOES IN THE LAND OF THE RISING SUN, HERE ARE SOME FOOTSTEPS.

"I wake up early and make an egg sandwich for breakfast. I then drive to Anytime Fitness to get a workout in, come back home to grab my things. I proceed to team practice, head back home again and then make dinner."

Work is hard in the B.League, it ain't for the mere mortal, and that's why players out there get the big bucks. But there's time for some rest and recreation during non-game days.

"I don't like to stay in the house on my off days so I make the 45-minute drive to the nearest mall. I also use the break to take care of my body and do some walking, stretching and foam rolling," said the star hooper who worshiped in the altar of Kobe Bryant's Lakers while growing up in Southern California. 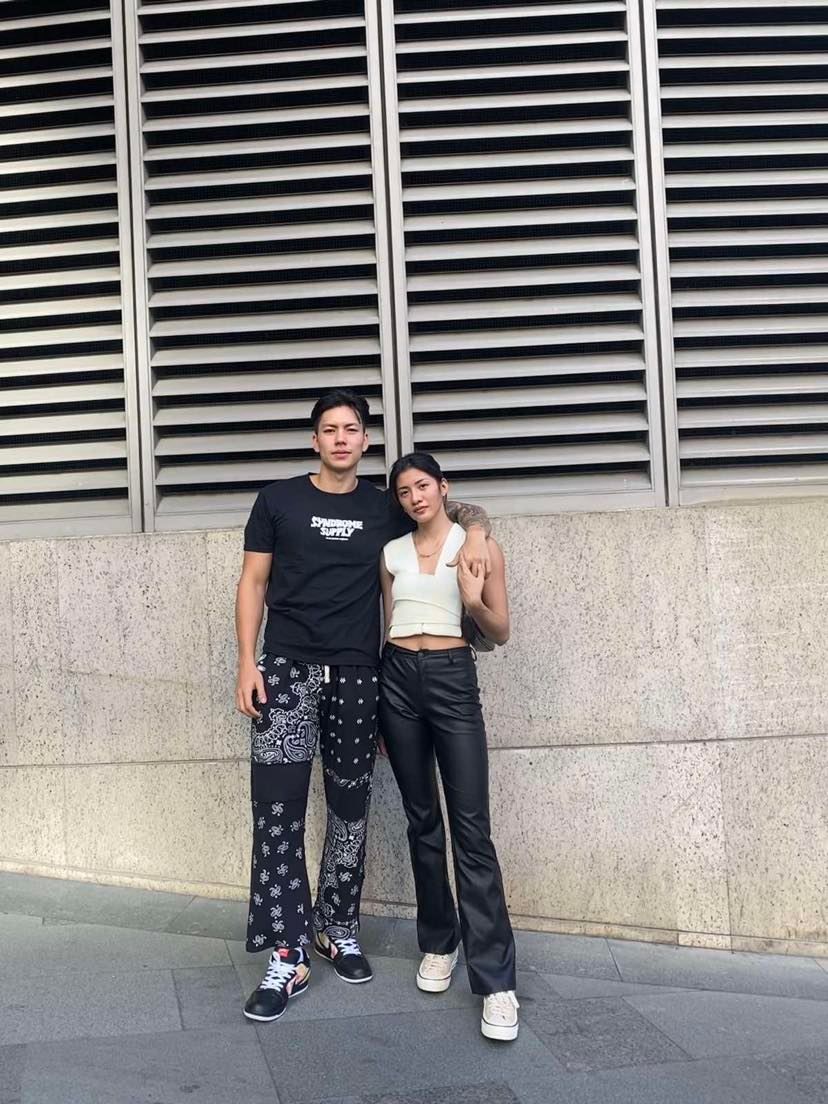 So where does a random fan catch a glimpse of Dwight in Toyoma City?

"The best place I've eaten is this Yakiniku spot, it's the No.1 restaurant I've been to so far. It reminds me of my favorite spot to eat in the Philippines, Sushi Ninja in Alabang.

A smart bargain hunter, Dwight raids grocery stores in Toyoma an hour or two before they close because "lots of items go half off and that's where I get my dinner sometimes."

Even though he is now a grown man, left to his own devices and living alone overseas, Dwight still has traces of his teenage past lingering inside him.

"Of course, I like to play NBA 2K and Call of Duty," he confessed.

But his favorite "duty" is talking to his girlfriend via FaceTime and watching Netflix shows with her at night."

Dwight laments the long-distance relationship but the fact that they're elite athletes, who both endured their sport's respective bubbles, they've learned to cope.

What's important is knowing that they are merrily in love and wallowing in a shared sense of destiny.

"HOW DIFFICULT WAS IT TO FOREGO THE PBA AND IS PLAYING THERE STILL AN OPTION?"

"It wasn't hard, actually. Looking at the situation in the Philippines (at that time) with Covid and how sports was very unsure, I felt I couldn't wait any longer and had to go somewhere where I could continuously play and practice and that's what I decided."

"I'm taking everything one year at a time so at the end of this season I'll look at my options, reassess and then see where I go from here. But of course I hope the PBA would always be an option."

If the timing is right, though, it looks like a stint in the national team is very much open.

"I loved playing for Gilas. It was always a dream to put on the Pilipinas jersey. It's a different feeling playing and winning for your country."

Given his model's physique, good looks and knockout charm, his fans are wondering if Dwight should trade screen roles for roles in the silver screen when his basketball days are over.

He only laughs, impishly.

"If I only took acting classes as a kid, maybe. But I don't think I have it in me to be an actor."

I won't bet against that, though.

Because with Dwight Ramos, only 23 and free, anything is possible.