THIRDY Ravena gave it his best, but his best just wasn't good enough.

No wonder the second-generation star shed tears at the end of San-En NeoPhoenix's heartbreaking 90-89 defeat at the hands of the Toyama Grouses on Sunday.

Not only did he miss chances to force overtime but he also flubbed a potential game-winner as San-En dropped its sixth straight outing.

After Keijuro Matsui's go-ahead baseline jumper with 0.6 seconds left for Toyoma, Ravena took it upon himself to rescue his side, going to the foul line after drawing a foul from Joshua Smith.

He swished his first freebie, but missed the second. He still got the offensive rebound but overshot the putback as time expired.

It was a tough pill to swallow for Ravena, who laid it all on the line with his 26 points, nine rebounds, five assists, and three steals, as well as the trey that knotted the score at 88 with 2.2 seconds left.

Quick to console him was his Gilas Pilipinas teammate Dwight Ramos.

"My boy, Thirdy, it was tough for him, but I'm happy we won. He played a really good game, too," said Ramos, who churned out a solid double-double performance of 16 points, 10 rebounds, and three assists in the win. 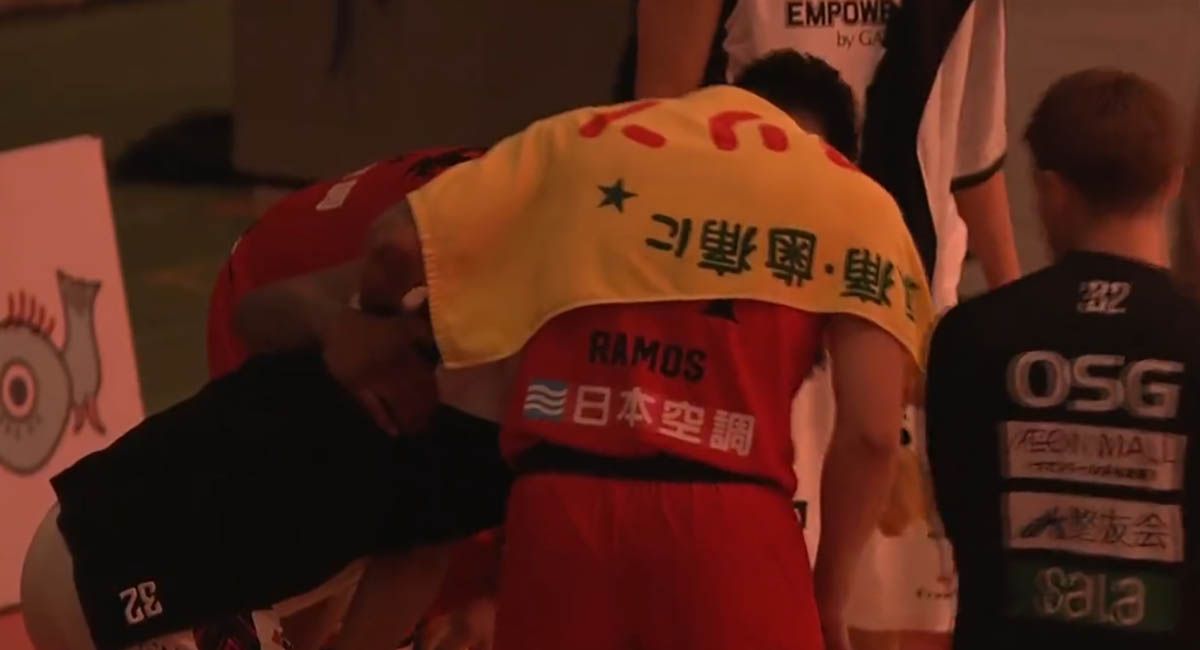 Ramos understands that it was a tough position for Ravena to be in, but if there's someone who can overcome this setback, it's the three-time UAAP Finals MVP.

"I've known Thirdy for a long time. Since I got to the Philippines, he's one of the first people I met. He helped me come to the school, play with the national team, and he's a really good buddy. He played a great game today, he kept their team in the game," he said.

"It was tough for him but the thing about Thirdy is whenever he gets his pain and heartbreak, he always comes back better. For sure, he's gonna get better after this."

Ramos is elated to see the Grouses string up three wins to hike their record to 4-10.

"It's really close, they made their adjustments and we just tried to play and play. So I'm happy that we came out with the win with that last shot," he said.

"I'm definitely enjoying playing with our team because we have Julian [Mavunga] and Joshua [Smith], arguably the most dominant players here in the B.League, and I'm happy to play with them.

"Everyday just practicing with those players are helping me improve. I'm just a rookie and I came here to improve and I feel like I've been improving as well."

Ramos and the rest of Toyama will now take a two-week breather from league play before returning to action on Dec. 4 against the Ryukyu Golden Kings at the Okinawa Arena.

They are bound to play in the semifinals of the Emperor's Cup on Dec. 1 where the Grouses play the Akita Northern Happinets.