IAN Melencio has not played a single game in any major amateur and professional commercial league prior to setting foot in the Maharlika Pilipinas Basketball League (MPBL).

He has become an instant hit.

Melencio, 28, is making quite a splash as the top scoring threat of the Imus Bandera in the league's maiden Anta Rajah Cup. Not bad for a player who after college played mostly in barangay leagues, recreational leagues, and 'ligang labas' games.

Melencio stands only 5-foot-8 and, until recently, his biggest achievement was becoming a varsity player at Asian Institute of Maritime Studies.

Since then, Melencio has played in all kinds of leagues - from 6-feet below leagues to the Marikina DEL League to overseas tournaments, recently suiting up to play a 10-day tournament in Malaysia.

But he has developed a cult following in his home province of Cavite, where he was spotted by Imus councilor Leonardo Antonio Deocadis and tapped to play for the Bandera in the home-and-away league formed by Sen. Manny Pacquiao.

Perhaps those officials themselves are surprised to see Melencio playing so well in a league featuring several ex-PBA stars and former college standouts.

Through eight games in the Rajah Cup, Melencio is averaging a team-best 15.5 points - far better than most ex-pros in the field.

He was quick to play down his impressive play.

Melencio said the MPBL has changed his life, shyly admitting that he has been getting several photo requests from fans when he's out in malls. His Facebook page now has over 18,000 followers. 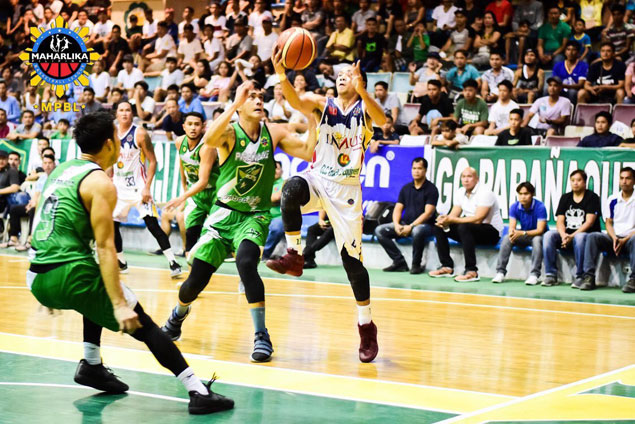 The Imus Bandera are on the bubble in the race for quarterfinal berths, currently tied with Bataan for the eighth and final spot at 2-6 heading to the final week of the eliminations.

Melencio expects Imus to fight to the end.