COLUMN: How come no one's mentioning the 'G' word in this mess?

CHICAGO - If you live anywhere in the Philippines, it is impossible not to know what Chooks-to-Go is.

Besides its juicy, delicious treat, the chicken giant is a world-class marketing machine. You can't walk in a major city without getting blinded by their red and yellow posters.

Other than stuffing so many hungry bellies, Chooks-to-Go also used to be a prominent partner of Gilas and the PBA, hence the company's high profile among the millions of basketball fans in the country.

Chooks-to-Go is a major sponsor of the VisMin Cup and its feathers were ruffled by the controversial Siquijor versus Lapu-Lapu match, a disgusting 27-13 farce that led to a GAB investigation and cries for blood.

A permanent ban and an array suspensions have since been handed down but the G-words were never mentioned.

Even then, the mere suspicion of impropriety that attempts to take the soul of basketball should be enough for Chooks to Go.....

Isn't image the most vital facet of branding?

And while I am amazed that Chooks hasn't left the VisMin Cup despite the stench of poultry poop all over, I am heartened by the CEO's charity.

Ronald Mascarinas knows that without his company's backing, this regional league will probably fold like chicken wings. And that brutal outcome would be unfair to the honest people who organized the event and did not participate in Siquijor's shenanigans.

I have interviewed VisMin Cup COO Rocky Chan a few times since February. Originally from Cebu, I have planted my shoulders squarely behind this endeavor.

AT 2:51 THIS AFTERNOON I REACHED OUT TO ROCKY TODAY TO SEEK SOME ANSWERS. HE POLITELY DECLINED.

I waited and after nearly five hours, he finally responded. 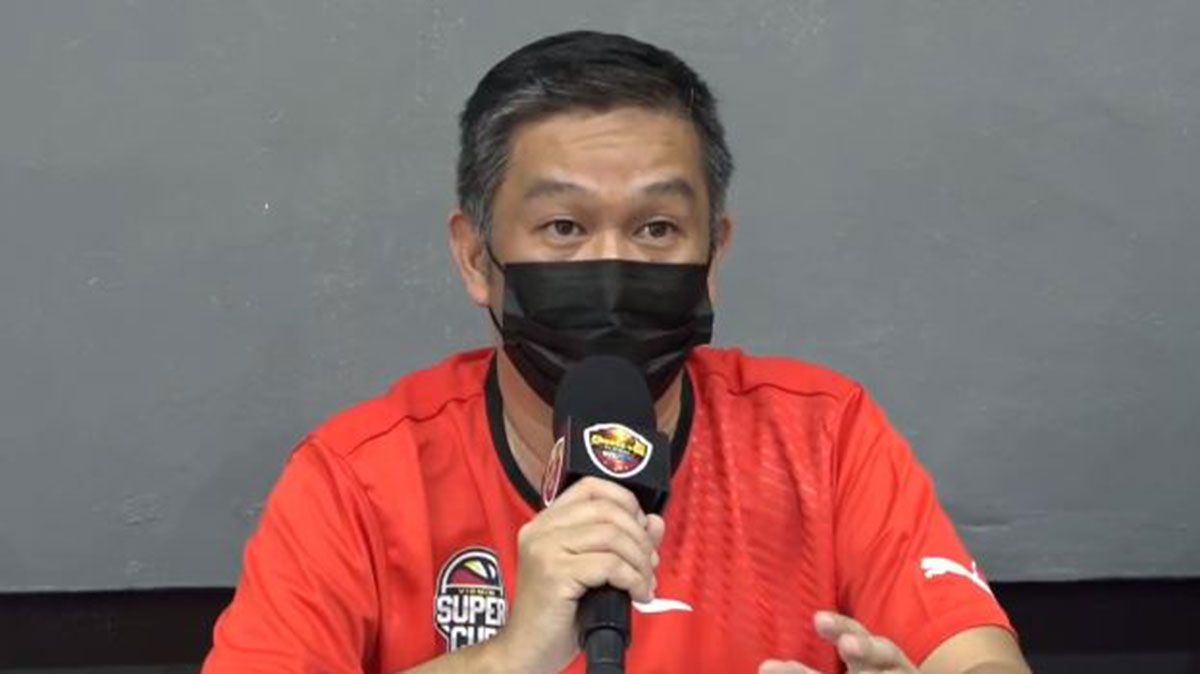 I'm really worried about Rocky and his phone. I hope he doesn't need new batteries.

Anyway, I threw two questions his way and he lagged. At 8:49, with my 9 p.m. column deadline looming, I ditched.

My battery is full and my disappointment is high voltage.

But hey. I don't blame Rocky. If I were him I wouldn't talk to me, either. This topic is a nightmare for a league that had barely gotten its feet off the ground.

So here's my take on why the whispered allegations of game-fixing and point shaving were not discussed.

It's bad publicity. Going that route would mean a longer investigation that requires a tedious forensic examination of online gambling sites and a paper trail to prove that gambling activity did infest the said game.

All of that would allow this ugly episode to linger longer in the headlines. So the VisMin Cup did a quick cutting of ties, stitched some wounds with the hope that a fresh new cycle would bury this black eye.

They still have a tournament to finish, remember?

And while the image of hauling the suspected game-fixers to jail looks satisfying, proving it in court is daunting. MPBL once asked the NBI to look into a similar incident and we haven't heard of that issue since.

In VisMin's case, it is impossible to determine intent and malice based on 25 missed free throws and a few terribly bungled lay-ups. A good lawyer can always argue that maybe those players suddenly had a fleeting bout with arthritis or developed an allergy to the rim.

Game-fixing also suggests a conspiracy among individuals. Prosecuting that requires one or two bad actors to sing like Sarah Geronimo.

When a Cebu reporter told me months ago that the players in the then upcoming VisMin Cup were "really, really good," I didn't realize that they were so good they can fix an honorable game that is not broken.