Amid hoopla, Compton warns not to put too much pressure on teen prodigy Kai Sotto

GILAS Pilipinas assistant coach Alex Compton believes it’s unfair to expect too much right away from teen prodigy Kai Sotto as far as his playing career is concerned.

The young Sotto, son of former pro Ervin Sotto, attracted a lot of attention both for his age (13), height (6-foot-9) as well as enormous potential when he took part in an Alaska Jr. NBA Philippines camp over the weekend.

Compton met Sotto when the kid paid a visit to the national team’s practice on Monday night at the Meralco where he met Gilas pool players and took some shots after the training session ended.

“I have no pressure to put on him,” Compton said of the 6-foot-9 prodigy. “Let him enjoy being a thirteen-year-old first.”

Sotto, though, has already set his sights on the NBA, telling SPIN.ph he idolizes Kevin Garnett and Knicks rookie Kristaps Porzingis as well as his own ninong, longtime Gilas mainstay Ranidel de Ocampo.

[See Kai Sotto, 13 and already 6-9, dreams of making it to NBA, idolizes Garnett]

“I’ve never seen him play, but I know his dad was a skilled player and a smart player,” Compton said. “But ang akin, he’s thirteen. I don’t like in our society the pressure we put on kids.”

Still, if Sotto reaches his full potential, the St. Francis of Assisi high school stalwart will definitely have a chance to play for the national team in the future.

But Compton refused to think way ahead.

“It’s too early to put a kid in that position,” the American coach said. “There are kids right now who are twenty years old that I have no idea if they’ll be good enough to make Gilas.”

“(Pero) kung pangarap niya, maganda yun,” he was quick to add. “I wish him the best.” 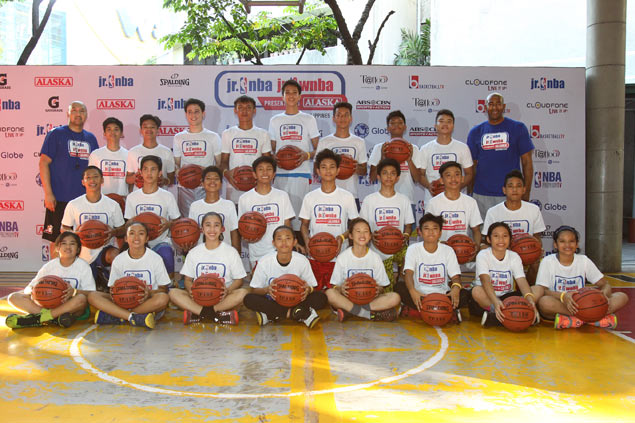