BEFORE the Maharlika Pilipinas Basketball League’s Raja Cup was about to unfold, Gab Banal found himself in limbo as most of the teams had already filled in their roster spots.

Fortunately for him, though, the opportunity to suit up in the country’s biggest regional league fell right into his lap with the last-minute entry of Bacoor City.

“It was the last MPBL team to be formed and I had no team that time,” recalled Banal.

After being drafted 22nd overall in the 2014 PBA draft, Banal, who played college ball with La Salle and Mapua, respectively, only played four games in the league spanning from 2015 to 2017.

Prior to his stint in the MPBL, Banal was already one of the most decorated cagers playing outside of the pro league.

Banal represented the country numerous times, suiting up in the FIBA 3x3 Challenger, the Asia League, and the William Jones Cup under different clubs. He also made his presence felt by leading the Go for Gold Scratchers to the PBA D-League Foundation Cup title in 2018.

With all the learnings and accolades under his belt, Banal was left hungry and still wanted to soak up as much experience as he can.

Before joining Bacoor, Banal only wanted to find a team to showcase his talents and take his skills up a notch. But the 29-year-old swingman found something much more than what he’s looking for – he found a home and he gained a family.

Though his stint with the city came because of sheer necessity, Banal bared that it is where he got to develop his game even more. The management, led by Strike and Chaye Revilla, took him in with open arms and entrusted him with the keys to lead the squad.

For that, he’s forever grateful.

“My overall experience with Bacoor was great. It's in Bacoor where I really got to develop my game. The management is great. Cong Strike and Ma'am Chaye treated me like their own that's why I wanted to show how grateful I am by doing my best every game,” shared Banal. 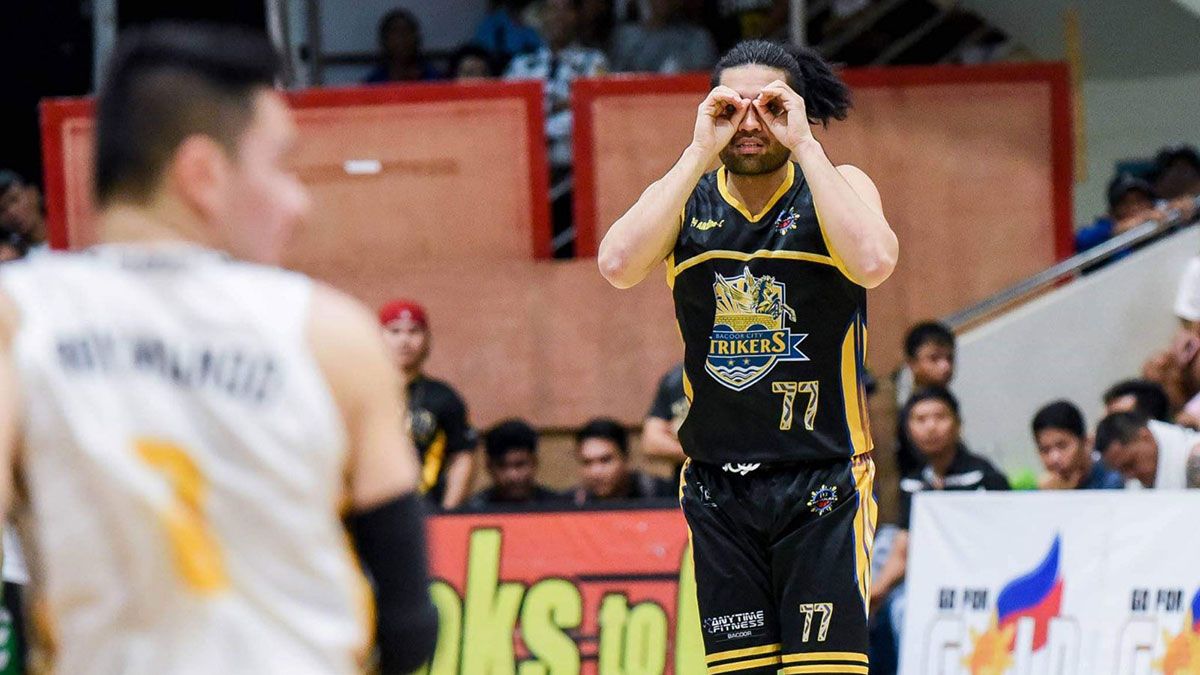 True enough, he surely repaid Bacoor’s trust, leading the Strikers to a semifinals appearance during his MVP season in the Datu Cup.

Luck though was clearly not on Banal’s side, as he suffered a left MCL sprain that left him out of Bacoor’s Game Two and Three duel against Basilan in the semis of the Chooks-to-Go Lakan Cup, ending his second tour of duty with the Strikers unceremoniously.

“I hope I repaid their generosity by winning the MVP and leading the team to back-to-back South semifinals appearance. We didn't quite make it all the way but I'm proud of what we've achieved,” said Banal, who averaged 16.5 points, 7.4 rebounds, and 6.2 assists in his two seasons with Bacoor.

“It's much more painful than the injury itself. As a team, we've worked hard for almost a year. It hurts that you can't do anything but cheer your team on especially in the most important stretch of the season. I tried to do whatever I can do to help the team through motivating them."

Tough as the outcome was, Banal was still contented with what he achieved with the Strikers during their two-year run knowing that he gave them his all. Looking back, despite not winning a championship together, Banal is just grateful to have the chance to be embraced by the city and its people.

And he’s proud to have left an imprint to Bacoor not just on the hardcourt but off it.

“I guess my favorite moments are always after the games at home. The crowd entering the court and just wanna give you a high five. It's those moments that you realize how much you have an impact with these kids,” revealed Banal, who declined offers from three PBA teams to stay with Bacoor.

“And when you give them a high five or have a photo with them, their faces light up. It's my favorite moment because despite what their status in life is, they see a glimmer of hope.”

Now, just like any member of a family, the adopted son of Bacoor will be stepping out of the comfort of his home, accepting the challenge of leading the Nueva Ecija Rice Vanguards for the fourth season of the Chooks-to-Go-backed league.

And he hopes to do in Nueva Ecija what he failed to accomplish in Bacoor – win a national championship.