SHOCKING as the news might be to some, Kai Sotto making the jump to the NBA G League hardly surprised his peers, especially former teammates at Ateneo.

For them, it's just another step closer to the 7-foot-2 center's dream of becoming the first homegrown Filipino player to make it to the NBA.

"Ever since Grade 11 when I saw him play and improve, I called it kasi sobrang kaya niya talaga," said Dave Ildefonso.

"This is our chance (to have a Filipino in the NBA) and I've been telling him that since I got that realization, that it's really the way to go for him. It's really a small thing, but the question is can he dominate? That's really the thing. And given his work ethic and his God-given talents, I think it's really doable." 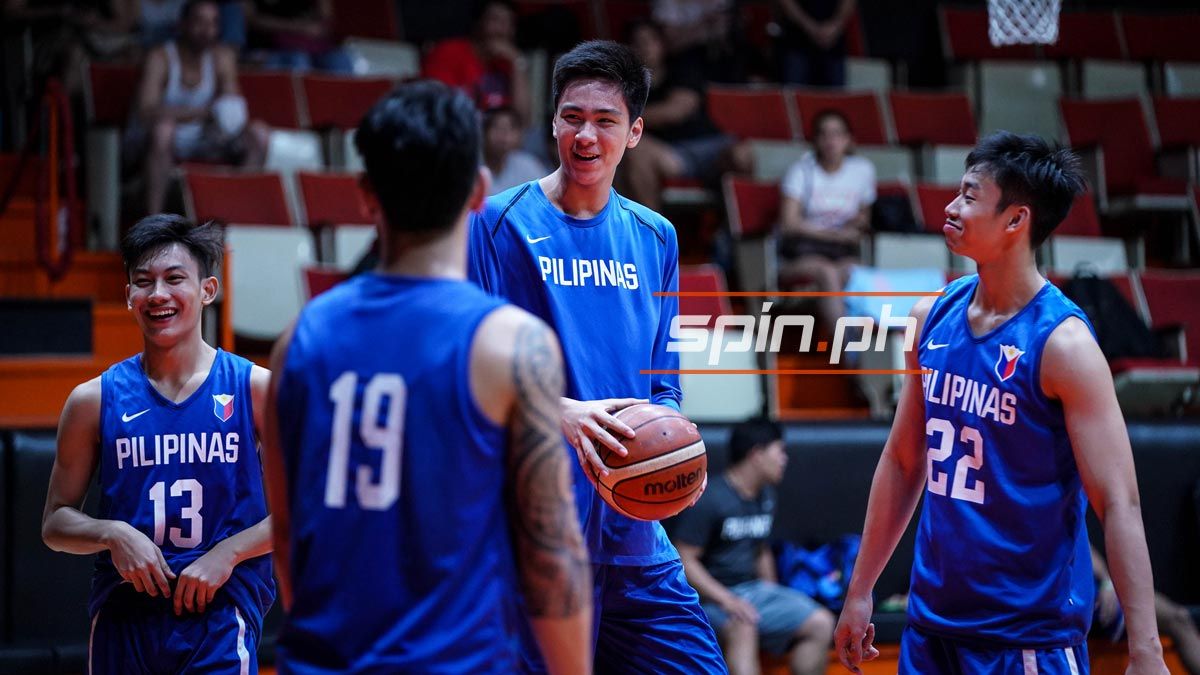 Ildefonso, together with fellow Blue Eaglets-turned-Eagles SJ Belangel and Jason Credo, were guests in last week's Hoop Coaches International session, which was also presented by Flying V and Blackwater.

The three, together with Sotto, were part of the Ateneo squad which completed the 14-game sweep of the UAAP Season 80 juniors basketball tournament eliminations before outlasting National University-Nazareth School in the finals back in 2018.

Under the guidance of coach Joe Silva, the Blue Eaglets captured their 19th title in the high school level with Sotto emerging as the Finals MVP.

Sotto, Ildefonso, and Belangel all made it to the Mythical Team.

If there was anything that surprised him, Credo said it was how fast the 18-year old prodigy has gotten to this point.

"I was just shocked that in just about a year, he already wanted to play in the G League," he said. "I didn't expect it to be that fast. I didn't think it would be that fast for him to be able to cope with the system there, especially it's so different here in the Philippines."

Quick as it be may, Belangel is confident that Sotto can adapt to the new environment after seeing the latter turn into an absolute beast during their time together in the juniors division.

"Knowing yung struggles niya dito and sa States, yung one thing kay Kai is his ability to learn the game. And with the help of his family, lagi niya inaalala na kailangan pa rin magtiyaga kahit nandoon na," he said,

Belangel, however, was quick to remind Sotto that the work has just started.

"We're here as Filipinos, and us as teammates, to support him along the way," Belangel added.