SIMON Camacho is a contender for the MVP award in the Filbasket Subic Championship for his splendid all-around play for Medical Depot.

Not bad for someone who almost quit the game during the pandemic.

Prior to the Filbasket opening, he worked out for months on his own in his hometown of Maragondon, Cavite and he admitted the absence of leagues during the pandemic had quitting basketball cross his mind.

Camacho, who was drafted 34th overall by TNT in the 2019 draft but was left unsigned, was selling flavored chicken wings on the side while working out on his own in the hope that an opportunity would somehow open up.

Camacho said he took full advantage of the time during the pandemic by working on the weaknesses in his game while applying the strength and conditioning techniques he learned from his former coaches at Adamson. 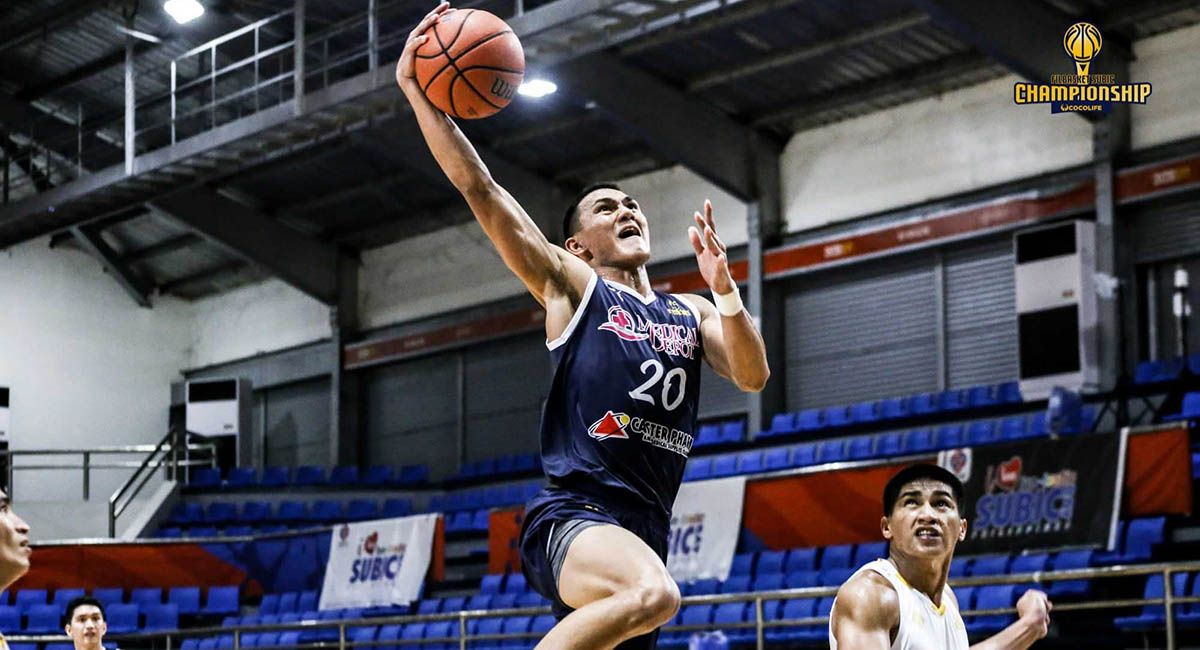 Looking back, Camacho said he was glad that he didn’t quit, having seen his sacrifices bear fruit during his stint with Medical Depot.

The improvement was eye-popping.

In the MPBL, Camacho averaged only 5.5 points and 5.6 rebounds, while barely tallying an assist, steal, or block in 10 games with Bacolod.

At Medical Depot, the 6-4 center had a 22-point game against FSD Makati, 20 rebounds against MTrans, seven assists against San Juan, three steals against Burlington EOG, and eight blocks against Nueva Ecija.

Now Camacho is hoping he has gained enough attention to keep him busy, especially with basketball leagues gradually returning during the pandemic.

An MVP award would help.