Green's one-handed sledgehammer over Sotto was the crowning moment of FilAm Sports USA's emphatic 90-67 victory over Ateneo-Quezon City in the Supreme 16 phase of the tournament at the SM Mall of Asia Arena.

The US team advanced to the Fantastic 8 and inched closer to its goal of winning the national championship for high school presented by Chooks-to-Go, Darlington-Exped Socks, EPSON, Huawei, Freego, Purefoods, Gatorade, Go for Gold, SM, Molten, and presented by 5Plus and Lighthouse Events.

The 17-year-old Green got the better of the Blue Eaglets' towering teen early in the second quarter as he drove baseline, met his defender at the rim, and delivered the vicious slam. He finished with a game-high 31 points and collected six rebounds, nine assists, and three steals.

"I thought we played really well. We came out with energy. We didn’t have that in the first two games," Green said. 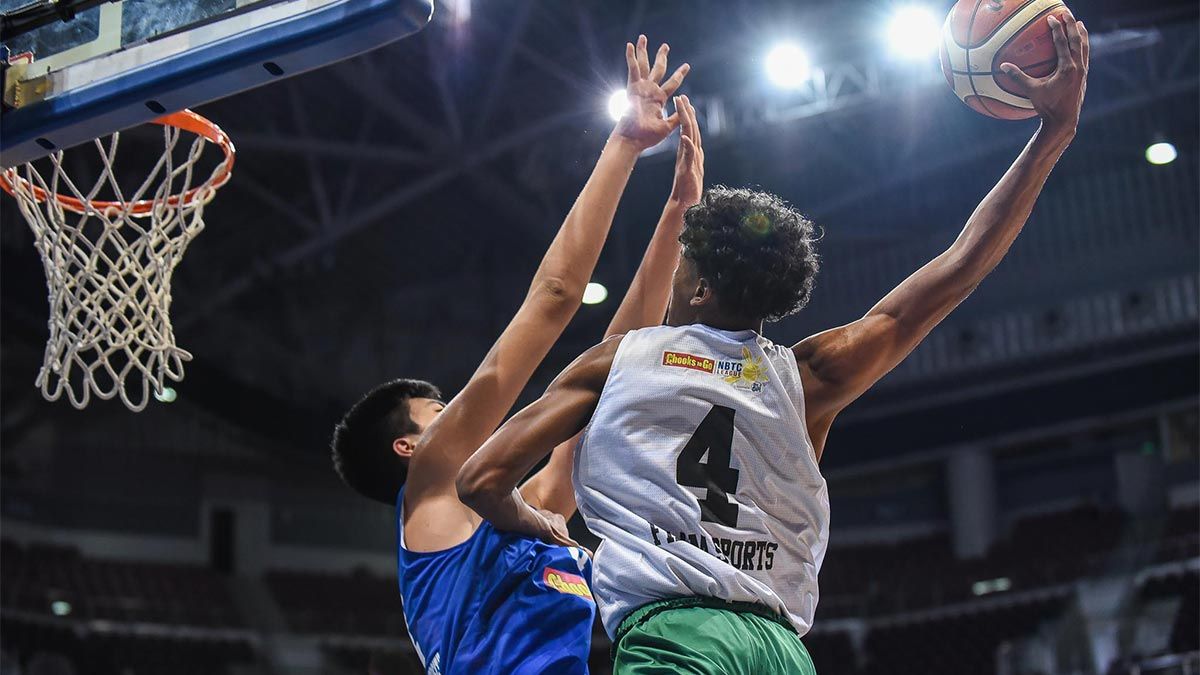 Aside from Green, forward Kai Ballungay also showcased his hops to end up with 16 points and nine boards for FilAm Sports, which shot 45 percent from the field while forcing Ateneo to 28 turnovers.

"We’re glad to have at least one [win] under our belt against Metro Manila teams," beamed FilAm Sports coach Bong Ulep. "We already know coming here that they’re the teams to beat in the tournament so we’re just glad the guys started to play together."

"We came out and actually played hard from the jump. We played defense. We held them to [67 points]. We were playing together and offense was flowing well," Green added after a game where his team led by as much as 32 points.

USA now awaits the winner of the match between San Beda-Manila and Southern Philippine Colleges-Cagayan de Oro for its Fantastic 8 assignment.

Sotto, meanwhile, did all he could with 24 points and eight rebounds. Forthsky Padrigao put up eight points, six boards, and six dimes, but was also responsible for eight turnovers as Ateneo bowed out of the competition.

Meanwhile, FEU-Manila got the better of NCAA champs Mapua-Manila, 67-58, to also advance to the next round. RJ Abarrientos led a balanced attack for the Baby Tamaraws with 10 points and seven rebounds.

Completing the Fantastic 8 class are the San Beda Red Cubs-Manila cruising through a 99-56 win over Southern Philppine Colleges-Cagayan De Oro.

Penny Estacio top-scored 16 points in the victory while Justine Sanchez tallied a double-double with 14 points and 11 rebounds. Pacing the squad out of Cagayan de Oro is Vance Caterbas, who had 21 markers built on eight freebies.

Topping the event in Division 2 was a thrilling come-from-behind 68-66 win by Holy Trinity College-General Santos of AusPinoy - Australia. Ednor Akad poured in 28 of his 29 points all in the second half as Gen San squad had to overcome a 16-point deficit.