And he really means BIG.

Two days before the draw for basketball's world championship unfolding from August 31 to Sept. 15 in China, the national coach bared plans to form a lineup that will give him the option to field a big five against the world's best teams.

By big, Guiao means, ideally, a Gabe Norwood a point guard, Jordan Clarkson or a Marcio Lassiter at two-guard, Troy Rosario at the wing, Japeth Aguilar at four and naturalized player Andray Blatche at center.

"Yes, we need some changes in terms of approach," said Guiao on Thursday. "We need to go big in the World Cup and, to do that, we need to make some changes."

"We have to convert someone like, say, a Troy Rosario, who is used to playing four his whole career, into a full-time winger. And we may need to ask Gabe to go back to being the point guard," he added. 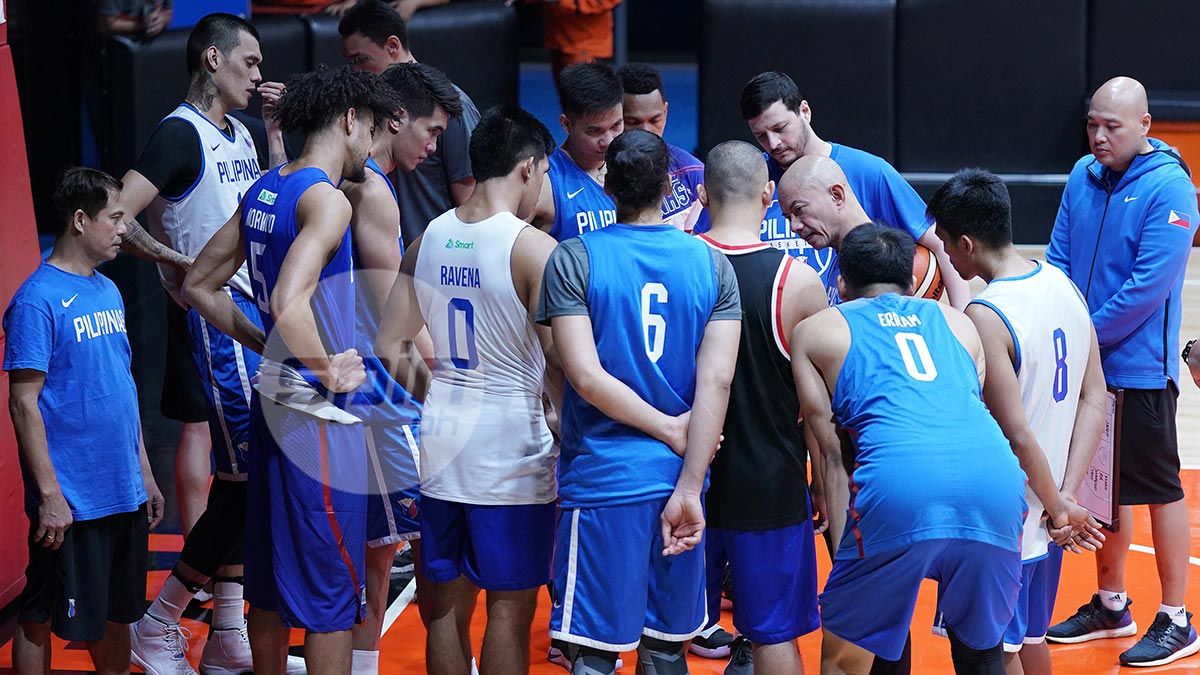 Guiao made it clear he is not totally abandoning the small-ball system that enabled Gilas Pilipinas under Chot Reyes to make quite an impression during the last Fiba World Cup in Spain back in 2014.

"But against those [World Cup] teams, we need to have that option to field a big lineup. And we need to prepare for that option. Hindi pwedeng bigla mo na lang gawin kapag andun na tayo."

Even with the planned overhaul, Guiao said he is very happy with the Team Pilipinas side that clinched a spot at the 2019 World Cup with courageous victories against Qatar and Kazakhstan in the sixth and final window.

At the most, Guiao said he plans to make "one or two changes" to the 14-man pool for the sixth window.

"The chemistry of that group with Andray was very good. In fact, I think that was the key to the victories against Qatar and Kazakhstan," Guiao said.

Guiao won't be attending Saturday's Fiba World Cup draw in China since NLEX has a PBA game to play on Sunday. He added he has no wishlist for the draw.

"It's a waste of energy hoping for a good draw. Lahat naman ng teams dyan malalakas. Wala kang pipiliin," he said. "All I want is to know kung sino ang kasama natin sa group, because that's the only time we can start preparing beginning with the scouting part."