Guiao, who didn’t have the luxury of having a naturalized player when he steered the national team to an eighth-place finish in the 2009 Fiba Asia Championship, feels Blatche, who is turning 31 in August, is nearing the end of his prime.

While the naturalization process takes long, choosing who to naturalize is the trickiest part, said Guiao, who saw one of the Gilas naturalized prospects on Wednesday in Blackwater import Greg Smith.

Smith flirted with a triple-double in leading his team to a 104-98 win over NLEX.

“Matagal na process ay yung naturalization process by legislation, it might take a year or so, so kailangan umpisahan na rin ngayon,” Guiao, a former congressman representing the first district of Pampanga, said. “Pero ang unang step dyan, I think, is making the right decision of who will you naturalize.” 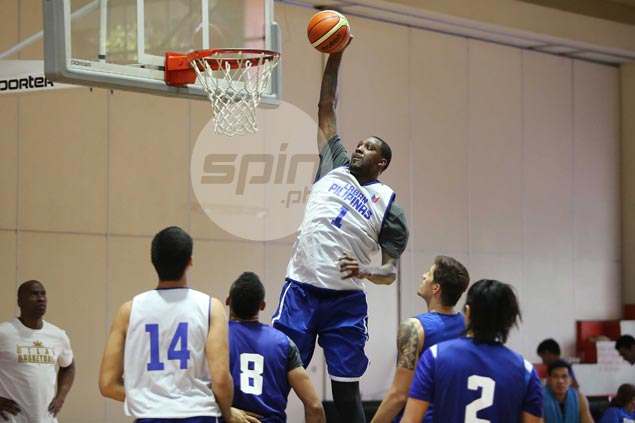 As far as the local players in the Gilas’ 12-man lineup for Southeast Asian Basketball Association (Seaba) Championship, Guiao has he has “full trust” in coach Chot Reyes.

“I don’t think any coach could have done better in making their choices,” Guiao said. “I guess the next step now is just for him to jell the team and for the new players, yung mga bago kasi dyan, to get a feel of international play, which is totally different.”