WILLIAM Navarro has always felt that he could have done a lot more for Gilas Pilipinas in the second window of the 2021 Fiba Asia Cup qualifiers in Manama back in November.

A position change from a frontline role to a winger did the trick.

Navarro thrived in his new role as a small forward, making the most of his length and versatility to help the Philippines take down Korea, 82-77, on Sunday and complete a sweep of its six Group A games in the qualifiers.

"Super relieved na nag-pay off yung hardwork ko," said the 6-foot-6 forward, who played mostly the 4 position during his time with Ateneo in the UAAP.

Navarro was solid in his first outing for Gilas against Korea last Wednesday and did even better at the three position on Sunday, finishing with eight points on 1-of-3 shooting from deep, to go with his four rebounds in 22 minutes of play.

Stepping up in the absence of the injured Carl Tamayo, the 24-year old made two big plays on Sunday. The first was a steal on Yeo Jun Seok at the 3:48 mark of the second quarter that led to a one-handed flush and a 32-28 Gilas lead.

His second highlighy play was a huge chasedown block on Byeon Jun Hyeong midway through the third quarter, which proved to everyone why he has always been a keeper for coach Tab Baldwin. 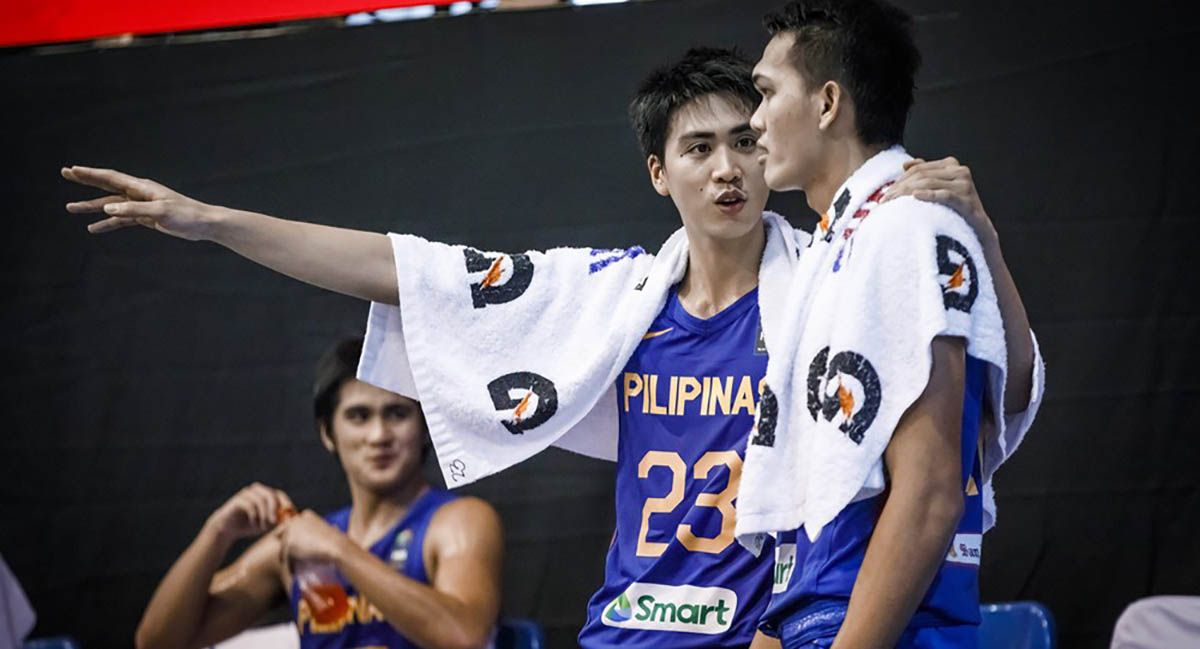 More than his individual performance, though, Navarro was just overjoyed over the overall showing this young Gilas pool had in Clark.

"Dream come true for me. Ever since nung bata ako, it was a dream for me to play for the Philippine team and represent it," he said. "History na rin kasi twice namin na-beat ang Korea, magkasunod pa. Sobrang happy sa resulta namin."