Will Kai Sotto play in Clark qualifiers? Here's the deal

by Dodo Catacutan
6 days ago

SIX days to go before the third window of the 2021 Fiba Asia Cup qualifiers and the big question needs to be answered: Will Kai Sotto be able to play for Gilas Pilipinas in any of its games inside the Clark bubble?

That was the plan. Or at least that was supposed to be the plan when the 7-foot-3 teenager returned from the US by his lonesome to reunite with the Gilas pool in the final days of May.

According to SPIN.ph sources, Sotto was in fact committed to play in two tournaments for Gilas before returning to the US to continue his preparations for his debut season with the Adelaide 36ers in Australia's National Basketball League.

However, the time table went haywire when Sotto, already fully vaccinated, was required under stringent government health protocols to undergo a 14-day quarantine upon arrival, just like all inbound passengers.

Sotto's 10-day quarantine in an Alabang hotel has ended but he needs four extra days and a negative result before he can join the Gilas pool in the final days of its training for the June 16 to 20 showpiece inside the Clark bubble.

So what happens now?

Sources said Sotto expects to hook up with the Gilas pool when they enter the Clark bubble, but on whether he will be named to the 12-man team - or, more importantly - finally make his long-awaited debut with the national men's team remains up in the air.

The decision, the source added, will be made solely by Samahang Basketbol ng Pilipinas (SBP) program director Tab Baldwin, who, previously made it clear that Sotto needs a 'significant amount' of practice with Gilas before making his debut.

There are pros and cons to consider, too.

Giving Sotto the opportunity to play with Gilas in an actual game will prepare the teenager for the Olympic Qualifying Tournament in Belgrade, Serbia starting on June 29, where he will be facing much superior opposition.

However, some officials fear that throwing Sotto into games against Korea (twice) and Indonesia in the Fiba Asia Cup qualifiers with very little practice time may only make him look bad in his debut - and end up hurting his confidence. 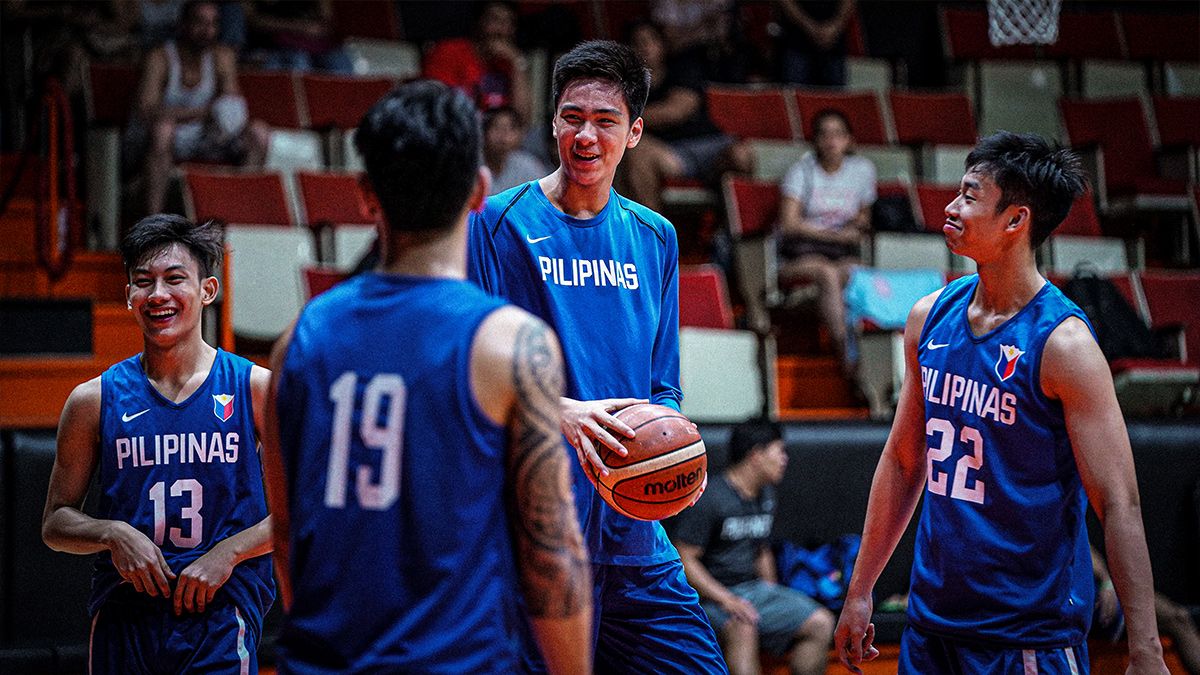 The good thing is, the SBP still has enough time to weigh everything before coming up with a decision.

Gilas, which has seen three players in Matt Nieto, Rey Suerte, and Dave Ildefonso ruled out due to injuries, can hold off on any announcements on its 12-man lineup until the eve of its opening game against Korea on June 16.

A check with Fiba Asia also bared that teams can submit their 12-man lineups on the eve of games. Teams are also allowed to make changes to their lineups after the first game from its initial list of 24 players submitted to organizers.

Sotto is part of that 24-man pool.

These rules will give Gilas the opportunity to field Sotto either in any of the two games against Korea or the one against Indonesia. Gilas needs only one win from the three games to formally seal a place in the Fiba Asia Cup proper.

Asked about Sotto, SPIN.ph sources bared the teen prodigy is almost a lock to play for Gilas in the Belgrade OQT but the chances of him making his men's team debut in the Clark qualifiers rests entirely in the hands of Baldwin.

And Baldwin, the source added, is expected to make a 'basketball decision' on the Sotto matter.

Meaning, better not keep your hopes up, folks.