Turner defends Team USA: 'We're the ones who stepped up when others stepped down'

DONGGUAN, China — The U.S. came to China looking to again be the best in the world.

It will go home with the worst tournament showing in program history.

Such is the reality for the Americans now, assured of finishing no better than seventh at the World Cup after falling to Serbia 94-89 in a consolation game Thursday night. The previous worst finish for a U.S. men's team in major tournament appearances was sixth at the 2002 world championships.

"We've committed to this from Day One," U.S. guard Joe Harris said. "To get all the way to this point and just kind of have it abruptly come up short, it really stings."

The Americans — the top-ranked team in the world — will be seventh or eighth in China, depending on the outcome of their consolation finale against Poland on Saturday. Harrison Barnes scored 22 for the U.S., which got 18 from Kemba Walker and 16 from Khris Middleton. And even though this team earned the U.S. a berth into the 2020 Tokyo Olympics field, Barnes noted postgame that Saturday's finale may be the last time many members of the World Cup squad get the chance to play for their country. 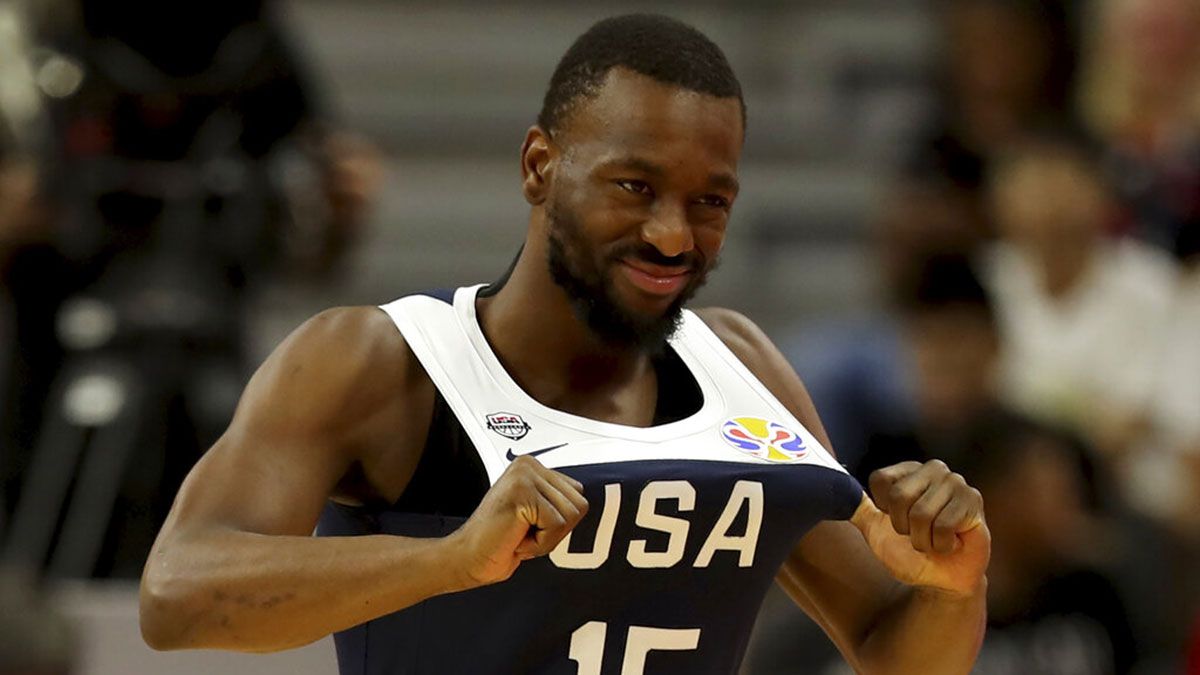 "We're also the ones who stepped up to the plate when others stepped down. We qualified our nation for the Olympics," U.S. center Myles Turner wrote as part of a thread on Twitter after the game.

"It's a really tough game to play against those guys," Bogdanovic said. "I'm sure both teams were really upset after losing in the quarterfinals and we were just trying to make people happy."

A Serbia-U.S. game was widely expected to be one for gold this weekend. The prospects of that were hyped plenty going into the tournament — especially after Serbia coach Sasha Djordjevic called out the Americans in a television interview by saying "if we meet, may God help them." But all that was on the line Thursday night were bragging rights and a few world ranking points. 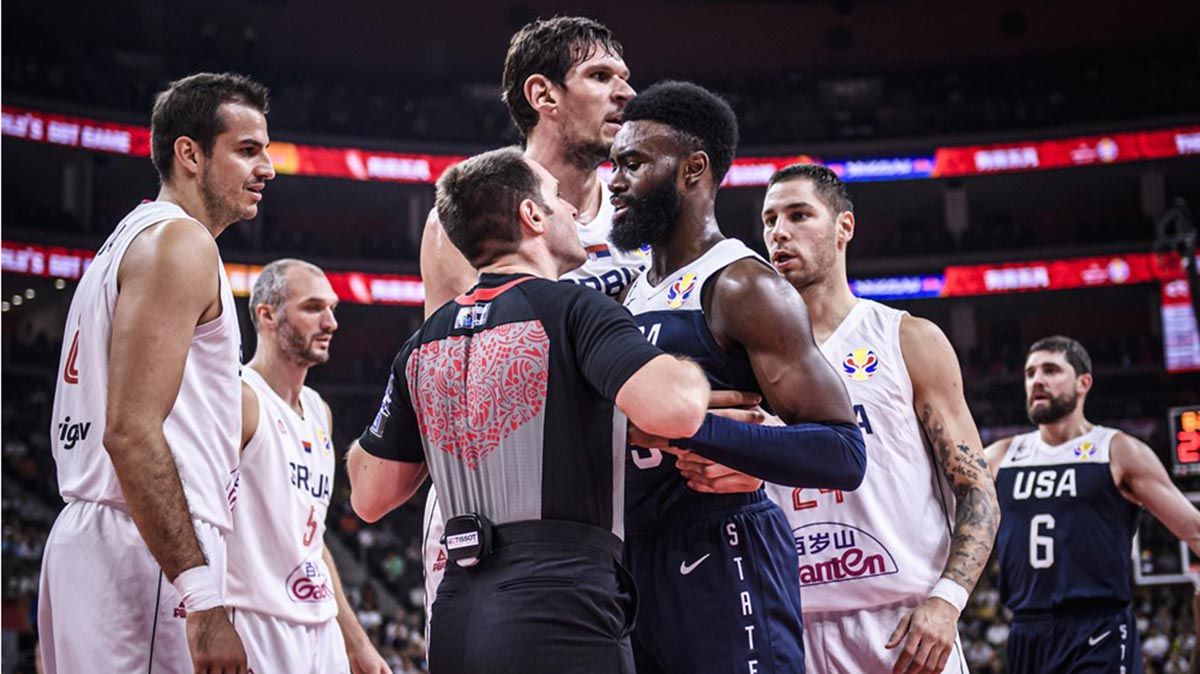 Serbia led 44-40 at the half, a margin that may suggest the first 20 minutes were of the back-and-forth variety.

They were not. Instead, it was just two really big runs, one by each team.

U.S. coach Gregg Popovich lauded his team for making the comeback, basically 24 hours after seeing its medal hopes dashed by the quarterfinal loss to France.

"I can't tell you how much I've been impressed the whole time with their character, their stick-to-itiveness and their persistence as they're learning how to play together," Popovich said. "Tonight was a great example of that."

U.S.: Jayson Tatum (left ankle) and Marcus Smart (left hand) were out with injuries, and neither is expected to play in the finale Saturday. ... Before now, the last time the U.S. dropped consecutive games at the World Cup level was 2002 at the world championships in Indianapolis, losing to Argentina by seven and Yugoslavia by three. The only time the Americans lost three straight in a World Cup or Olympic-level tournament was at the 1970 world championships.

Serbia: Vasilije Micic, whose mother died during this tournament, stayed with the team instead of going home early. He scored 10 points. ... All-NBA center Nikola Jokic was quiet offensively, scoring nine points on 3 for 4 shooting. He did make two free throws with 20.2 seconds left to put Serbia ahead by six.

Vojtech Hruban scored 24 points, Tomas Satoransky added 22 and the Czech Republic rallied late to beat Poland 94-84 in a consolation game Thursday in Shanghai. Satoransky added 12 assists for the Czechs, who closed the game on a 20-7 run. Adam Waczynski scored 22 for Poland.

U.S.: Faces Poland in seventh-place game at Beijing on Saturday.