GRANT Hill helped the US win Olympic gold in 1996. He would have been on the team again in 2000 if not for injury. And he was among the college kids who famously beat the first "Dream Team" in a scrimmage before the 1992 Olympics.

Now, USA Basketball is bringing him back.

Hill will become the men's national team managing director following the Tokyo Olympics, USA Basketball said on Saturday (Sunday, Manila time). He'll replace the retiring Jerry Colangelo, in a move in which one Basketball Hall of Famer takes over for another in the critical role of assembling teams that will compete for gold.

"It's just an incredible opportunity, also an incredible challenge," Hill said Saturday. "I had the good fortune of participating in international play — the Pan American Games, of course the Olympic team — and I have been a fan of Team USA going back to the 1984 Olympic team when I first started to fall in love with basketball. The more I thought about it, the more intrigued, excited and the more willing I was to roll up my sleeves and move forward with this awesome responsibility."

Hill's resume is elite. He played 19 NBA seasons, was an All-Star seven times — likely would have been more if not for the ankle problems that derailed his career — and made five All-NBA teams. At Duke, he helped the Blue Devils win national championships in 1991 and 1992.

Hill went into the Hall of Fame in 2018 and has worked as an NBA and college basketball analyst for Turner Sports for nearly a decade. And he's part of the broadcast team for the men's Final Four this weekend in Indianapolis, the sixth straight year he's been on that crew.

He will remain in broadcasting after assuming his USA Basketball job.

"Grant is a proven leader of consequence and character who will continue to help us achieve on our twin goals of winning international competitions and representing our country with honor," USA Basketball Board of Directors chair and retired Gen. Martin Dempsey said. "In making this announcement, I also want to emphasize how much everyone associated with USA Basketball appreciates Jerry Colangelo for everything he did for USA Basketball over the past 15 years."

And Colangelo did plenty.

The managing director role was created for him in 2005, after the Americans lost three games in the 2004 Athens Olympics and returned with an extremely disappointing bronze medal. Colangelo has since overseen the process of selecting players and coaches, bringing in Duke's Mike Krzyzewski — who led the US to Olympic golds in 2008, 2012 and 2016 — and now San Antonio's Gregg Popovich to serve as head coaches.

In major competitions with Colangelo as managing director, the US men have gone 97-4. Colangelo's departure was not unexpected; the 80-year-old made no secret of his plans to retire after the Tokyo Games, which were delayed one year to this summer because of the coronavirus pandemic.

"I intend to spend an incredible amount of time with Jerry, shadow him some this summer, and I think that experience will certainly help as we move forward," Hill said. "He's just an invaluable resource and has done a remarkable job, so you can't help but learn from someone like Jerry."

No matter what happens in Tokyo, Hill will take over at a hectic time. The delay of these Olympics compresses everything; the next Basketball World Cup is only two years away and the Paris Games are just three years out.

"It's a great choice," Popovich said of the move to bring Hill aboard. "He's knowledgeable, respected, knows how to handle himself, a deep thinker, been around a long time and seen a lot."

"He has done an outstanding job, a job that was necessary and he's done it with class and really represented the United States in the best ways with what he did for USA Basketball," Popovich said. "I have no doubt that Grant will continue that good work."

Hill knows the rest of the world is catching — or has caught — up to USA Basketball. He predicted that would happen in 1996, when he was part of Dream Team II that won the gold in Atlanta, and isn't alone in the belief that the game found a new gear internationally because of the success of the first Dream Team four years prior. 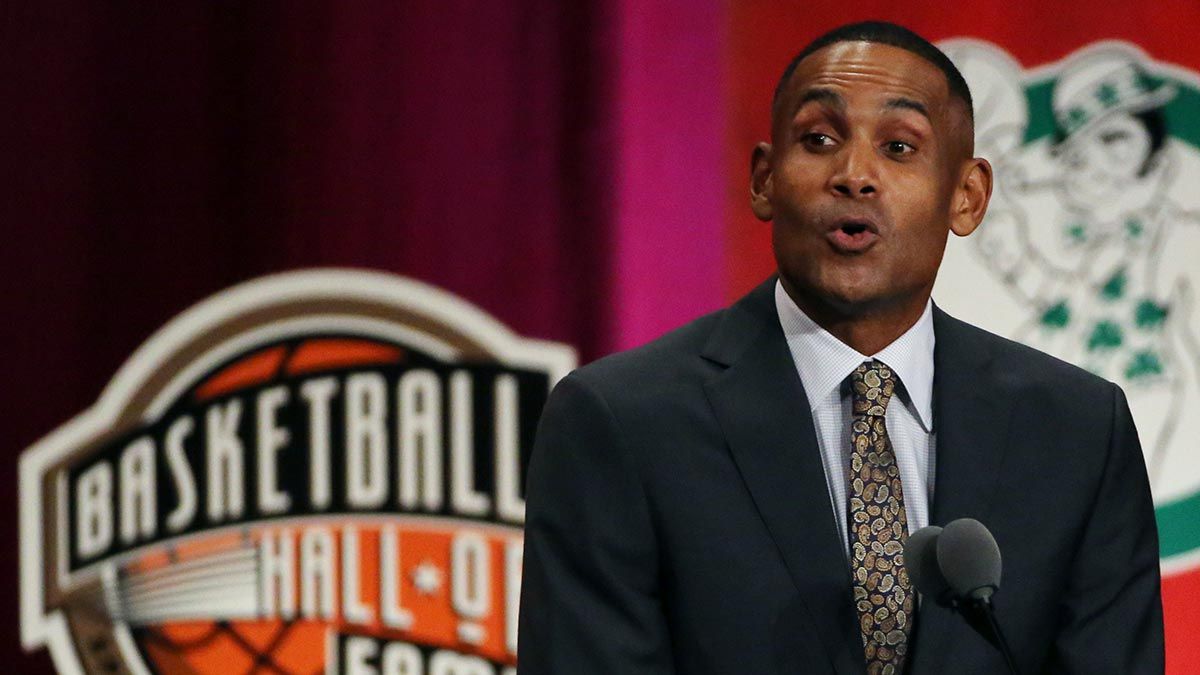 Hill was a 19-year-old college sophomore when he was brought in along with Bobby Hurley, Chris Webber and others to scrimmage the US team that featured Michael Jordan, Larry Bird, Magic Johnson, Patrick Ewing and more. The college kids won 62-54 in that first scrimmage; debate has raged since about whether US coach Chuck Daly threw the game to make a point that no team was unbeatable, but there is no debate about how that day in California helped the NBA stars come together.

"We had a good moment," Hill said. "That experience — having a chance to practice with, learn from, spend time with arguably the greatest team ever assembled — it wasn't a formal even with a medal ceremony and the like, but it certainly was a pivotal moment for me and my development and my growth as a player."

Hill's job that day was to beat USA Basketball's best. His job going forward will be to make sure that doesn't happen.

"The brain is working," Hill said.