IT could be the best option available under the new Fiba playing format, but not exactly the best formula if the Philippines hopes to be competetive against the world’s best.

Tim Cone said he has nothing against the move of the Samahang Basketbol ng Pilipinas (SBP) to chart a new path for the country’s basketball program with the creation of a national pool of young cadet players, but the former national coach was vocal enough, too, in saying the PBA still offers the best players for Gilas.

“I just feel internationally, you can’t have success without your best players. Your cadets will never be your best players, best players will be your PBA players,” said the two-time grand slam coach, who was quick to stress he’s just a ‘small voice in the wind.’

Cone knows where he’s coming from, having handled an all-pro side known as the Centennial Team that won the bronze medal during the 1998 Asian Games in Bangkok.

While he also knows where the SBP is coming from – as the governing body for the sport thought the PBA would have a hard time adjusting its schedule to Fiba's quarterly, home-and-away format starting next year for the qualifier of the 2019 world championship – the 58-year-old coach of Barangay Ginebra isn’t about to be swayed from his belief.

“I still think if you wanna compete in a championship level, in an Olympic level, you got to have your best players,” he said. 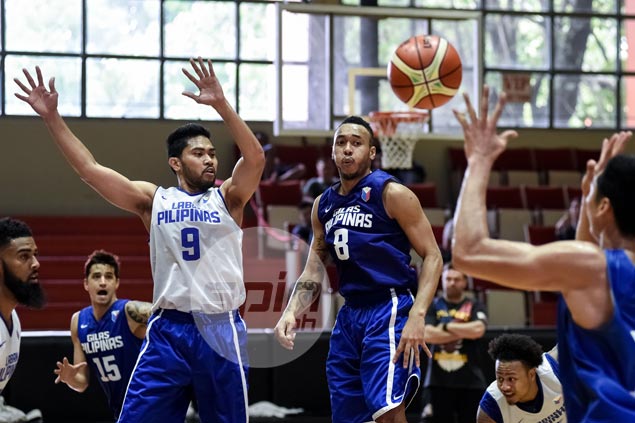 But there's also a good side to the program, Cone stressed.

He cited how the likes of Alvin Patrimonio and Jojo Lastimosa, as well as the first batch of Smart Gilas under Rajko Toroman, were able to develop into more mature players by the time they turned pro due to their constant exposure in various international tournaments.

And he expects the same thing with this latest batch of Gilas cadets that is expected to include the likes of Kiefer Ravena, Mac Belo, Roger Pogoy, Russel Escoto, Gio Jalalon, and Kevin Ferrer, among others.

“Those cadets get involved internationally, they develop in a hurry, so by the time they come in, they gonna be well prepared like Jojo (Lastimosa), Alvin (Patrimonio), and Jerry (Codinera) back then. They came in mature and superstars right off the bat, so I’ll assume it’s gonna be the same thing,” said Cone.

“If you look at Rajko Toraman’s Gilas 1, those guys came in, they came in as a very complete player because they compete internationally,” he said, referring to the likes of Marcio Lassiter, Jvee Casio, Chris Lutz, Chris Tiu, Marc Barroca, Mac Baracael, among others. “There’s some benefit to it.”

At the end of the day, the Ginebra coach said the program would benefit the PBA and its member ballclubs since the playing calendar will no longer be disrupted at any time.

“I’m sure it’s a relief for the league office that they won’t worry about that anymore, and if we get screwing up the schedule all the time, it’s gonna be easier for the coaches and everybody else,” said Cone.

“Really, there’s a good and bad side to it.”