CHICAGO - Why did Gilas Pilipinas not even run one pick-and-roll against Lebanon?

Why were the playing minutes of some key players - specifically the Ravena brothers, Jamie Malonzo and Bobby Ray Parks - so sporadic? And could the deck have been shuffled better?

Could there have been a better job of making Jordan Clarkson more open especially late when Lebanon was trapping him?

"Those questions have to be addressed by the head coach, Chot himself," Ginebra's Tim Cone, who was an assistant for Gilas in the Beirut qualifying window, told me this morning.

[READ: Roosevelt Adams set for callup as Tamayo joins UP in Korea]

I did attempt to get a hold of Reyes twice but today was game day for Talk N' Text.

Anyway, Cone did answer my question regarding the very uneven 9/3 guard to big split in the line-up where Jordan Clarkson and Dwight Ramos played 71 of the 120 available minutes at the point guard, shooting guard, and small forward positions.

"We knew we didn't have enough bigs going in," Cone revealed. "It would have been nice to have June Mar Fajardo and Poy Erram but they were playing in the PBA Finals. Raymond Almazan and Ian Sangalang begged off for personal reasons. So our choices were limited."

Cone believes that "if this core can stay intact, we have a chance to dominate Asia."

BUT THAT MOUNTAIN HAS A LOT OF IFS TO SCALE.

"If we can add June Mar, another big perhaps, a Matthew Wright, even a C.J. Perez to the core and keep this team together into the World Cup, we'll put our best forward."

Needless to say, Jordan Clarkson and Kai Sotto are on top of the wish list.

Sadly, nothing is guaranteed.

"That's always a question for our national team program. Can Gilas stay intact and create some continuity so that the team can grow and learn and reach their full potential?" Cone wondered. 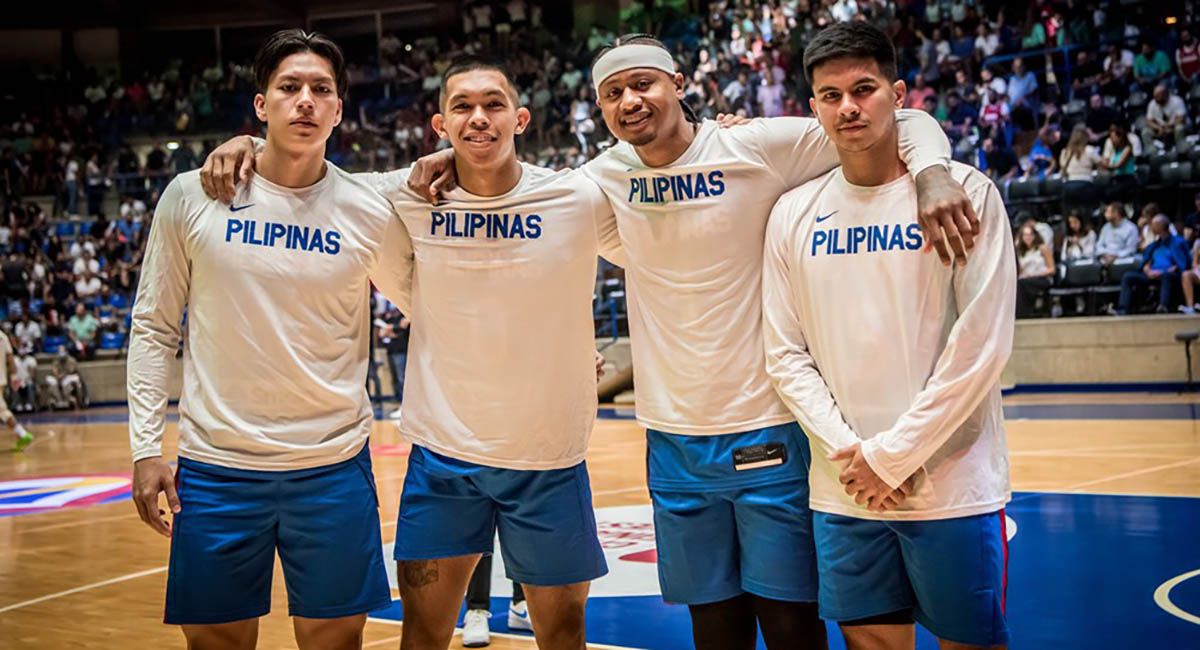 I seriously doubt that. Not when the same guys on top of the Samahang Basketbol ng Pilipinas (SBP) are running the show and perpetrating the sad, sickening corporate incest of appearing to assign key positions only to those associated with the MVP group.

Anyway, if we did lack bigs, why didn't Gilas tap Michael Phillips, Justine Baltazar, Kevin Quiambao and Greg Slaughter, all of whom were available?

I guess that's another question for Chot next time we chat.

Tim Cone is not only the winningest coach in the PBA. He is also fluent in the international game and understands how to adequately assemble a team. And it doesn't hurt that he is beloved by the fans, who currently have a lot less, if any, goodwill toward our national federation.

That being said, why not hire the highly-qualified Cone to be either program director or head coach of Gilas?

Tim Cone has an ugly spot in his resume that might make the SBP frown. He works for the SMC group.

A WORD FROM KIEFER RAVENA. After inconveniencing their summer schedule, dutifully showing up at practices and temporarily setting aside their obligations in Japan, this was how the other B.League stars were rewarded.

While the snub might cause unhappiness and dissent, Kiefer ain't showing it.

We need Kiefer's maturity and leadership inside the Gilas locker room.