US in race to find rhythm: ‘Execution-wise, we're not there yet,’ says Pop

SHANGHAI — The United States does not have the best team at this World Cup.

This is not a new thing.

It's just more evident now. The Americans' edge in recent tournaments has been that they always had the best players on the court. That's not the case in this World Cup. The best player in the tournament is NBA MVP Giannis Antetokounmpo, who plays for Greece, a team that is likely waiting for the US this weekend. All-NBA first-teamer Nikola Jokic plays for Serbia. The two-time reigning defensive player of the year, Rudy Gobert, plays for France.

That puts even more emphasis on teamwork. 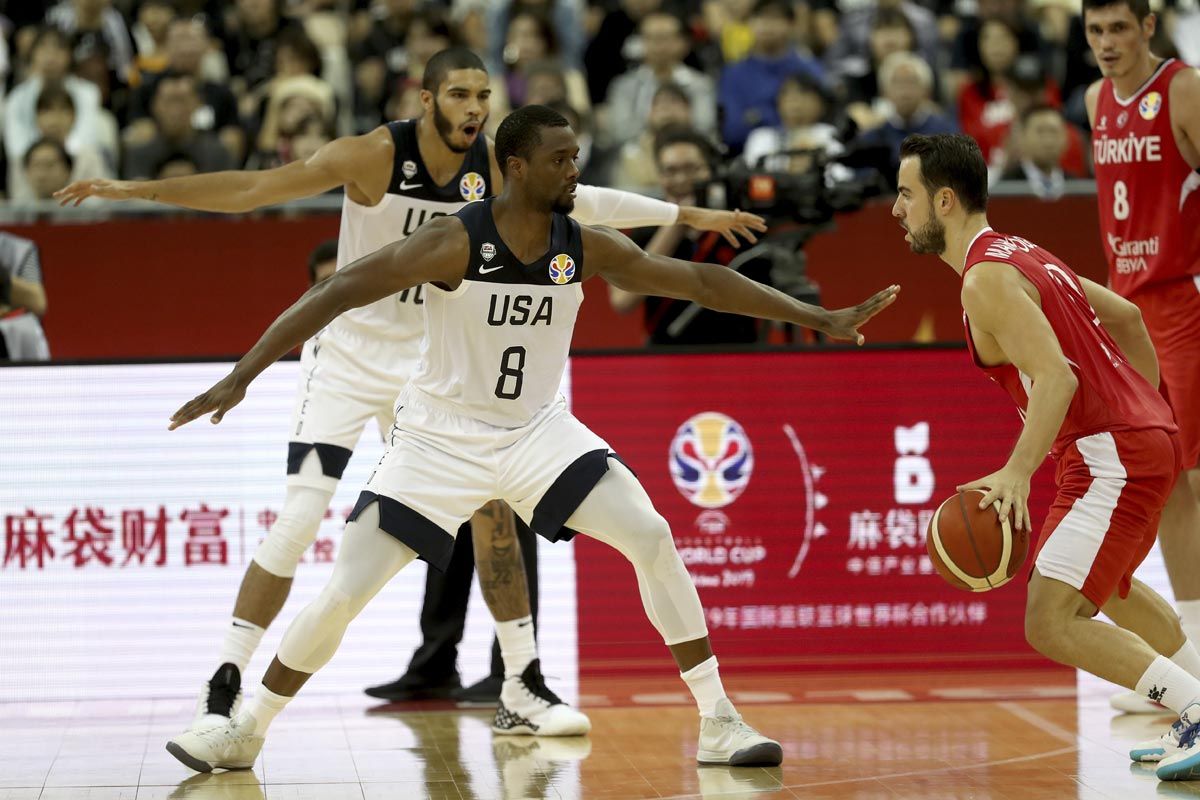 From the early days of this team's training camp in Las Vegas last month, coach Gregg Popovich hasn't been showing highlights of how exceptional talent on recent US teams — the likes of Kobe Bryant, LeBron James and Kevin Durant and Carmelo Anthony and Dwyane Wade — could put on the sort of dazzling shows typically reserved for All-Star games. Instead, he's been showing the games that the US had to grind out, as if he knew daunting tests were coming.

But even those glitzy US teams, gold medalists from the last two World Cups and last three Olympics, weren't great "teams."

They just had the best talent in the world, got along, and made it work.

Teams — in an ideal scenario — are put together over time, forged through bonds that sometimes take years. Serbia has six players here who were on its Olympic team three years ago and six returnees from the last World Cup team in 2014. Spain has five players back from the Olympics. Turkey's roster still has holdovers from the group that went to the World Cup final nine years ago.

"Execution-wise, we're not there yet," Popovich said.

That's reality, though it's certainly not an excuse for nearly losing to Turkey on Tuesday night. Ersan Ilyasova, Cedi Osman and Furkan Korkmaz — players with a combined zero NBA All-Star appearances, players with a combined NBA scoring average of 10 points per game — were pretty much doing whatever they wanted, but Turkey let the US off the hook in a 93-92 overtime final.

And that's what it took for the US, the world's No. 1-ranked program, the three-time defending Olympic champions and two-time defending World Cup champions, to win a game over a squad that isn't even ranked among the top 10 in Europe. 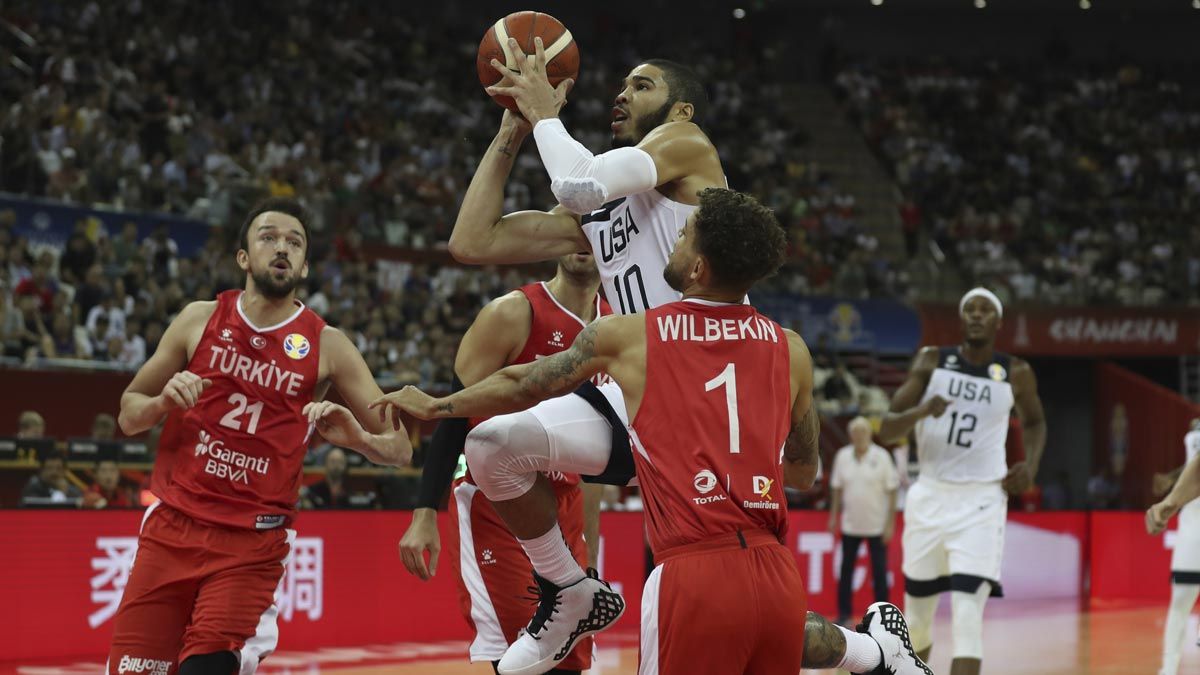 "Every game we learn something new about our group and what we have to do and how we have to play," Popovich said. "We already know how good the other teams are, so our respect is there for that, and that goes without saying. But, we still have to use every game kind of like a practice in a sense to try to get better in so many ways."

And while the US is anything but a lock — as everyone can now plainly see — there's still time to get it right. But it is going to take a Herculean effort for this team to win gold in China.

Maybe, just maybe, Turkey provided the lesson or spark that the Americans needed.

Yes, the best US talent is back home but the Americans still have the most talented roster at the World Cup from top to bottom. There's no other team in China with 12 NBA players on the roster, not even close.

But they're going to execute — as a team — every second of every game. This team has very little, if any, margin for error.

"We're not going to win every game by 30 or 40," said US forward Jayson Tatum, who turned an ankle on the pass he threw to set up Khris Middleton for what became the game-winning free throws with 2.1 seconds left. "Turkey is a great team, and they've been playing together for a while. This is good for us. It was a tough game, tough battle, a lot of guys gave second, third, fourth efforts. We learned a lot about ourselves."

The rest of the world learned a lot as well.

The Americans can be beaten. The Australians proved that in an exhibition last month, and Turkey showed it again on Tuesday night. Any team the Americans face the rest of the way will go into that game seeing blood in the water, seeing an opportunity to beat the best basketball-playing country in the world.

"We can continue to build and get better," US guard Donovan Mitchell said.

They better. Or else they're not going home with gold.