COLUMN: Tab officially out as Gilas program director. Will Nenad be next to go?

This latest twist contradicts the prior SBP narrative that Baldwin had "stepped down" last January, which explains why the usually press-release happy basketball body executed Baldwin's termination quietly.

People close to Baldwin, who spoke to me on the condition of anonymity given the sensitivity of the issue, made it clear that "coach Tab did not resign and would never resign," and that he had wanted to stay and finish what he started.

But he was pushed away, anyway. His name added to the long list of victims swallowed by the internal politics and maniacal ego-tripping that has polluted the SBP for years.

Also, contrary to claims that his pay as program director had just stopped a few days ago," a source told me Baldwin hasn't been paid for "at least a couple of months now."

I asked Ricky Vargas, who is reportedly MVP's trusted money man, to verify the claim.

Sadly, like my previous other queries, this one was met only with the thundering roar of cricket sounds.

Discarding the best thing that ever happened to our men's national basketball program in recent memory will bear a nuclear fallout. It will require a hefty ton of verbal gymnastics from the PR machine, which is likely to belittle this giant crater that Baldwin left as a mere pimple.

Dismissing Baldwin doesn't add up and you don't have to be a math wizard to know that without him overlooking our program, Gilas' won-lost record in FIBA-sanctioned meets was a negative, not to mention the insult that we ceded to Indonesia our 25-year stranglehold of the SEAG gold medal, ending a 52-game win streak.

ALL TAB DID WAS OVER-PERFORM. AND HIS UNJUST REWARD WAS GETTING THROWN OFF THE STAGE.

As to whose toes he stepped on remains a mystery.

The bottom line here is that the SBP is a private entity that can choose to hire and fire the personnel it employs.

However, since the organization is flailing our country's flag as it careens in the brick wall of futility, it has a moral obligation to tell the people the whole truth.

Like many of SBP's other crimes against transparency, that's where the beef is here.

Being forthright with the public instead of pulling a stunt such as Baldwin's discreet firing while misrepresenting his dismissal would have saved the SBP more grief from a hopelessly disillusioned and loudly rebelling fan base.

Given what we know now about Tab's situation, how can we believe the SBP's prior claim that current Gilas head coach Chot Reyes supposedly tendered a letter of resignation following the horror in Hanoi?

And if — as Reyes himself told me during a phone conversation last week — his resignation was indeed rejected, isn't it fair to say that the SBP may have knowingly kept Chot as a prisoner of his unhappiness? 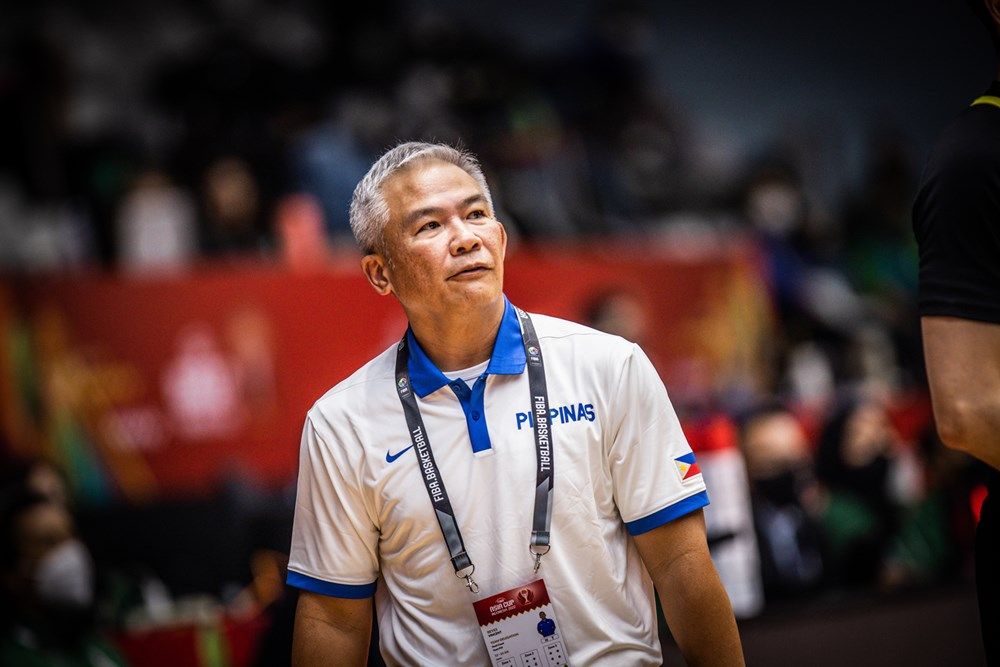 Look, I like SBP president Al Panlilio, a good man put in a bad spot.

It's hard not to drool over his designer suits and the perfectly coifed hair. I'll like him even more if he stands on a podium to provide clarity on a lot of issues while doing it with the same gusto he threw Baldwin under the bus.

Now that Tab has been tapped out, is Nenad Vucinic next on the revolving door?

I am told that Nenad hopes to have an audience with MVP and explore what his role will be at Gilas.

But as the knife that was used to stab Baldwin in the back still drips with fresh, acrimonious blood, the trust meter Nenad has on the SBP is probably loitering at near empty,

Here's the skinny. Nenad came to Manila to work with his dear pal Tab. Where do you think does his loyalty and sentiments rest?

Another opportunity for SBP to a create a mess.