JUST days before the Fiba Olympic Qualifying Tournament in Belgrade, Gilas Pilipinas is coming in hobbling as coach Tab Baldwin lamented the injury woes his young side is dealing with in Serbia.

"We're banged up. There's no question we came out in the third window limping," he said on Monday during the pre-event press conference.

Dwight Ramos is still dealing with a strained groin which puts him in doubt of suiting up for the games against Serbia on July 1 and Dominican Republic on July 2, both Manila time.

But it's not just the charismatic Fil-Am guard who is in danger of missing out the tilt, with Baldwin also baring the injuries Carl Tamayo and naturalized center Ange Kouame are dealing with.

"I wouldn't say he's had a setback, but I would say that now that he's trying to go full speed, he's experiencing quite a bit of discomfort in the ankle," he said of Tamayo. 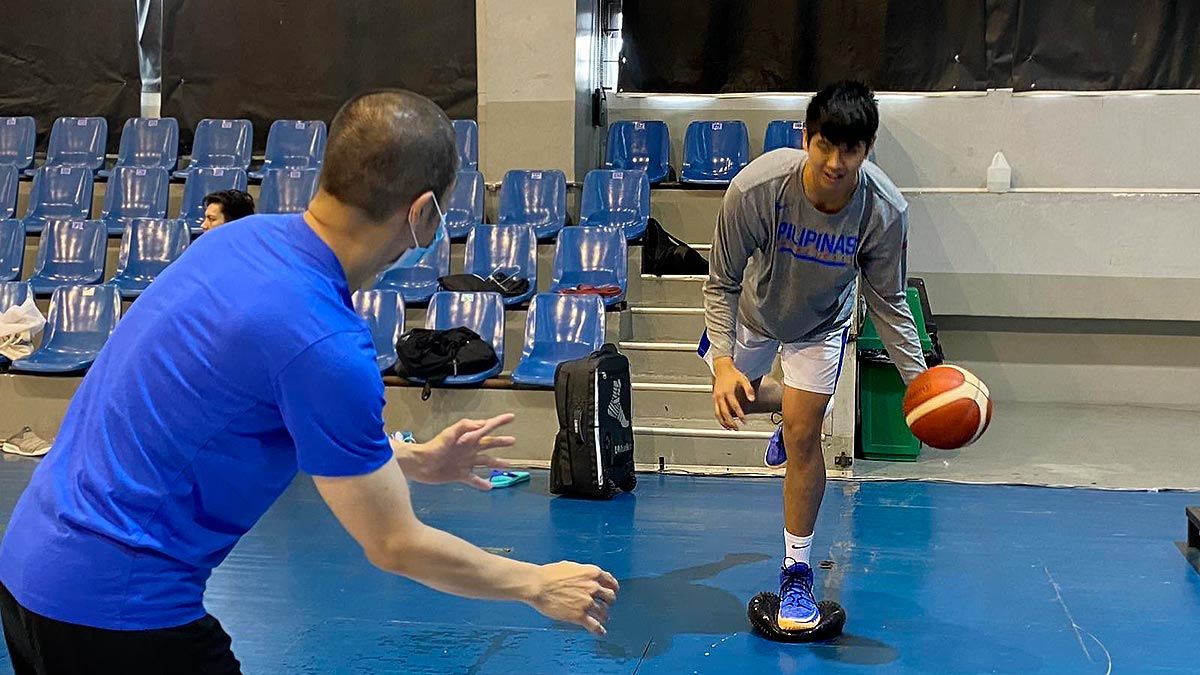 Tamayo suffered a sprained left ankle in Gilas' 76-51 win over Indonesia two weeks ago which forced him to sit out the final game against Korea and the tuneup game against China.

The University of the Philippines commit was impressive in his seniors debut, averaging 8.0 points, 2.5 rebounds, and 1.0 assist in two games.

Baldwin, though, is more optimistic of Tamayo being able to play, saying, "I think that he'll push through."

Unfortunately, the worries are more evident for Kouame.

"Ange Kouame is nursing is a deep knee bruise, deep knee contusion that he got in the third window and he's not at full speed," he said.

Kouame's potential absence is more alarming, with the 6-foot-10 center being the Philippines' defensive anchor as he posted 10.0 points and 6.3 rebounds in the qualifiers.

It's a tough draw for this young Filipino crew, but Baldwin knows that all the players he have brought are eager to learn and showcase their skills despite these hardships.

"We are limping and these are key players. But we know this is a once in a lifetime opportunity," he said. "I know they're gonna go out there and if they can give their best, that's what they're going to give."