Not that he’s biased towards his mentor at Ateneo. But given the work and the success the 63-year-old Baldwin has had with the Gilas program, Belangel said it is only right that the veteran coach permanently gets the job with the team from hereon.

“For me, yes. No hesitation,” said Belangel prior to leaving with Gilas Pilipinas for Belgrade, Serbia for the the Olympic Qualifying Tournament. 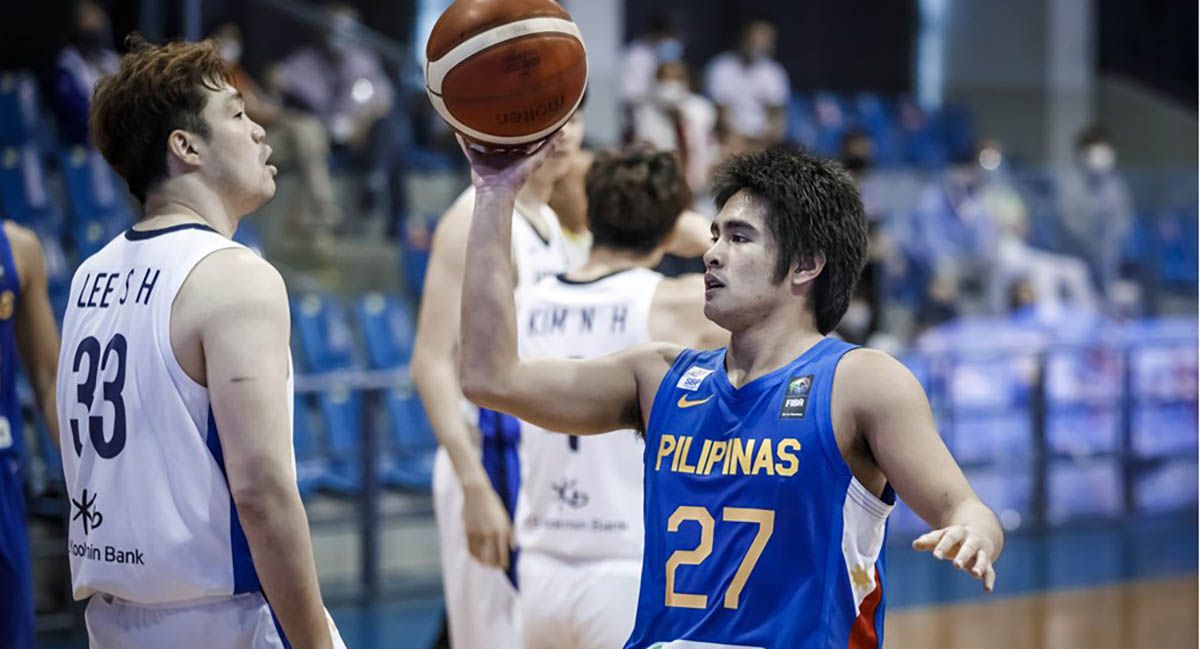 Baldwin, who is also program director of the Gilas squad, previously said he’ll step aside as coach and re-assess everything once the country is through with its campaigns in both the FIBA Asia Cup qualifiers and the OQT.

His stand remains unchanged up until now.

“This is a program. It is fluid. There will be ongoing decisions made, what we believe, the SBP (Samahang Basketbol ng Pilipinas), myself, coach Ryan (Gregorio), what we believe is best for the program. Nothing is set in stone. Nobody has the right to any of these positions. We all have a privilege to take part as long as we can contribute to the best of our ability,” said Baldwin.

“I know it all sounds cliché, but in this instance, it is exactly the way that we need to conduct ourselves. Everybody needs to know that at any point in time when somebody better comes along, they gonna have the spot that you're sitting in today. And I think that helps us to perform better everyday.”

After the exit of Chot Reyes in 2018, the Gilas team has had no permanent coach handling its affair, with Yeng Guiao, Tim Cone, Mark Dickel, and just recently, Jong Uichico, alternately coaching the team in various international tournaments.

But with the way Baldwin steered the young Gilas Pilipinas pool to a three-game sweep of the Asia Cup qualifiers in Clark - including back-to-back wins against old rival South Korea – as well as holding China to a standoff in their tune-up game prior to leaving for the OQT, there is a growing clamor for the American-Kiwi mentor to stay in the position onwards to the 2023 FIBA World Cup.

“There’s nothing wrong naman if we trust someone who knows better para sa country natin,” he said of Baldwin, with whom the 5-foot-10 guard has won two UAAP men’s basketball championships.

“For me, he deserves to be the coach sa future din (of Gilas) and for long pa in the development of basketball dito sa Pilipinas.”