THE spate of injuries that hit members of the Gilas Pilipinas pool has become a major concern for officials of the Samahang Basketbol ng Pilipinas (SBP) as the Manila Olympic qualifier draws near.

Sources told SPIN.ph on Thursday that Al Panlilio, head of the MVP Sports Foundation and Meralco governor, has asked PBA commissioner Chito Narvasa to intervene as Gilas pool members start dropping like flies in the daily practices conducted by national coach Tab Baldwin and his staff.

As it is, big man Greg Slaughter and combo guards Paul Lee and Matt Ganuelas Rosser have already dropped out of the original 24-man Gilas pool due to injuries while Rain or Shine gunner Jeff Chan continues to skip the practices owing to an injury.

On Thursday, June Mar Fajardo skipped practice owing to a swollen right knee while San Miguel teammate Marcio Lassiter asked to be excused because he was feeling 'under the weather.'

The concern is understandable considering past Gilas incarnations have been bogged down by the same problem, none more than the national team that competed in the 2015 Fiba-Asia Championship in Changsha, China which was left without Fajardo, Slaughter, Lee, Chan and Lassiter, among others.

To make matters worse, there is also unsettled business between Baldwin and the PBA over the Gilas coach's comments on officiating during his cameo stint as analyst in the last Commissioner's Cup Finals between Rain or Shine and Alaska which didn't sit well with league officials.

While Baldwin has already called up Narvasa to apologize, sources said the league has asked the national coach to make a public apology over the matter, as demanded in a letter it sent to TV coveror Sports5.

But asked if Baldwin’s apology and the injury woes hounding Gilas players are correlated, the source said: “Syempre, it’s an unfinished business for the PBA. They already wrote TV5 regarding that and as long as Tab is mum about it, hindi pa rin sila nakukuntento.

“Remember, the PBA controls the players, they are just lending the players, so like in life, kung sino nagpapahiram, may kapangyarihang mag-demand sa nanghihiram na kailangang magsumamo,” he added. 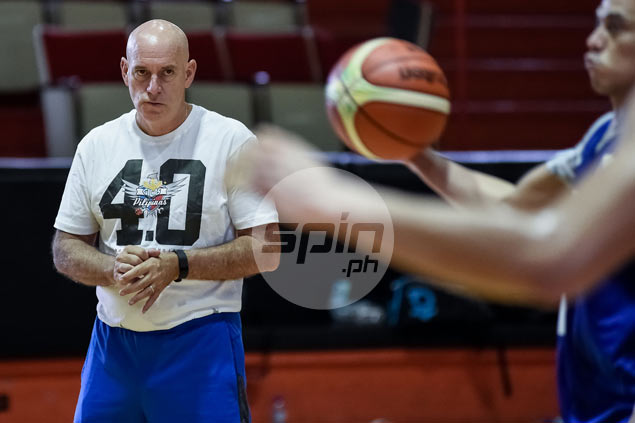 The PBA also holds the aces when it comes to its relationship with the SBP, which is set to hold elections after Manila's hosting of the Olympic Qualifying Tournament from July 5-10.

Panlilio, sources said, is being groomed to replace longtime SBP head Manny V. Pangilinan but will need all three votes controlled by the pro league to fend off any threats from within.

“Tatlo ang boto ng PBA sa SBP, malaki 'yun. It can be the swing votes, so the PBA knows its power and they know how to utilize it,” the source added.