TAB Baldwin remained confident Gilas Pilipinas can put up a competitive pool heading to the first window of the 2023 Fiba World Cup qualifiers in November despite more and more members of the national pool heading overseas.

The national coach is looking at collegiate and even high school players to replenish the Gilas pool as the overseas commitments of Kai Sotto, Thirdy Ravena, Dwight Ramos, and even LeBron Lopez cast doubt on their availability for long-term training.

Sotto is set to make his debut in Australia's National Basketball League (NBL) while Ravena and Ramos are among eight Filipinos set to see action in the coming season of the Japan B.League. Lopez is in the US with the Overtime Elite.

"We still believe that we can tap enough collegiate players to develop our roster which is very similar to what we've been doing for the past few months and we're hoping to build the program around those players," he told Spin.ph.

Baldwin has relied mostly on collegiate studs and high school stars to form a pool that has delivered results in the third window of the 2021 Fiba Asia Cup qualifiers in Clark and the Fiba Olympic Qualifying Tournament in Belgrade.

"We're looking at the level of development that our full-time players have," Baldwin said.

Calling up professional players remain a possibility, but the American-Kiwi coach reiterated the SBP has yet to start discussions on the matter with both the PBA and the Japan B.League.

The Japanese professional league releases players for Fiba windows for at least two weeks. Most of the Filipino players in the league also have Fiba opt-out clauses in their contracts.

Baldwin admitted that there is a concern that two weeks with the national team may not be enough in the way Gilas does things.

"We don't expect that we're going to be hurting for numbers for our pool and it's still gonna be an optional situation depending on their contracts and again, depending to whether they're going to add or subtract to our environment and chemistry," he said. 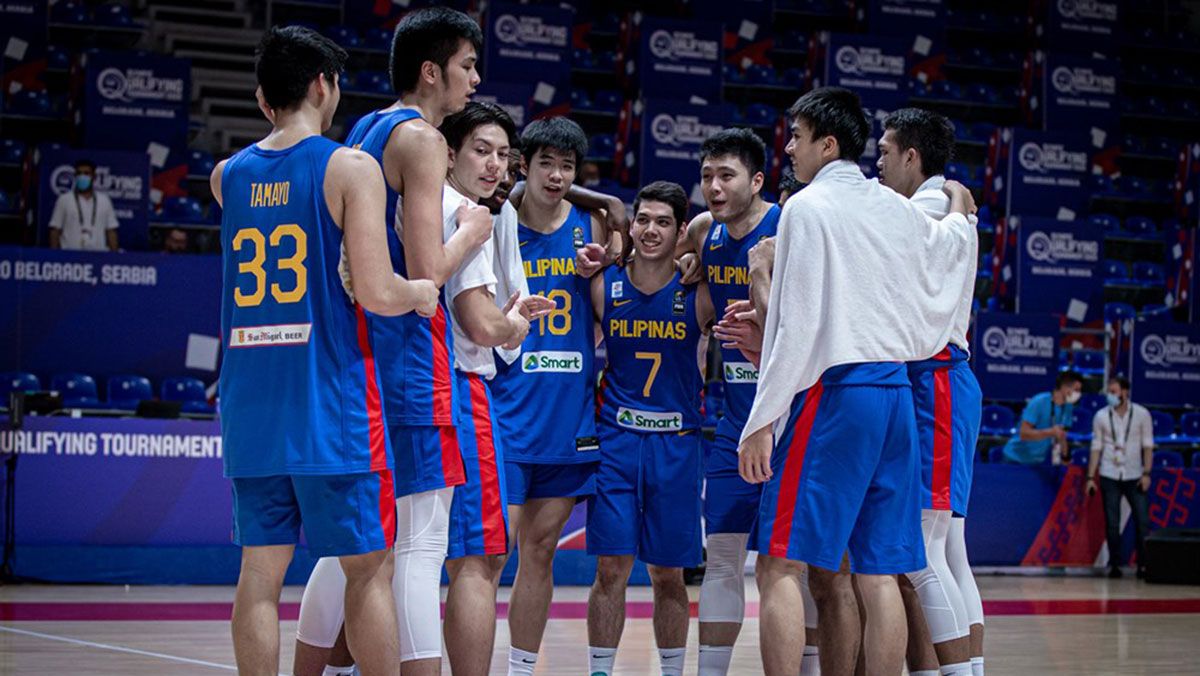 What can't be denied, however, is that a big reason for the all-amateur Gilas' success in recent tournaments largely was because of its extended time together at the Inspire Sports Academy in Calamba, Laguna.

The first Gilas camp was with PBA players from January to February before the initial postponement of the Clark bubble, in March, and once again from April in the run-up to the third window of the Fiba Asia Cup qualifiers in June.

"I'm going to highlight that Gilas is on the right track when we have an extended training time and everybody sees it now," he said. "To have the results that we've had with amateur players, some as young as high school players, there's no question that developing chemistry and culture yields the best results. And it takes time."

"There's no question in anybody's mind that a team like that has more chance as compared to a team assembled at the last minute. So in the context of having more talented players making themselves less available with time with Gilas, I can't see that as a positive."

Baldwin maintained that the overseas exposure will no doubt benefit the players' personal development, but admitted that the less time they will have for Gilas will not be good for Gilas in the run-up to the 2023 Fiba World Cup.

"As for their long-term development through getting exposed to improved competition, it's a great thing for them as improved basketball players," the concurrent Ateneo coach said.

"But how much the national team program can benefit is a major question and one that, if we would look at history, is not the key. Getting players at the last minute is not the key to success," he said.

"So it's the challenge that faces the SBP and our entire basketball landscape, to come to grips with how much we want the national team program to be the best it can be and what sacrifices had to be made to achieve that."