FOR someone in his first stint with the Gilas Pilipinas men’s team, Jordan Heading did quite well in the FIBA Olympic Qualifying Tournament.

The 6-foot-2 Heading turned out to be among the surprise packages of coach Tab Baldwin in the Belgrade qualifier as he hardly put a foot wrong while filling the void left by the injured Dwight Ramos in the Gilas starting lineup.

Heading introduced himself to Filipino fans in grand style, standing out for Gilas in a 94-67 loss to the Dominican Republic that extinguished the Olympic hopes of the Filipinos early Thursday morning (Manila time). 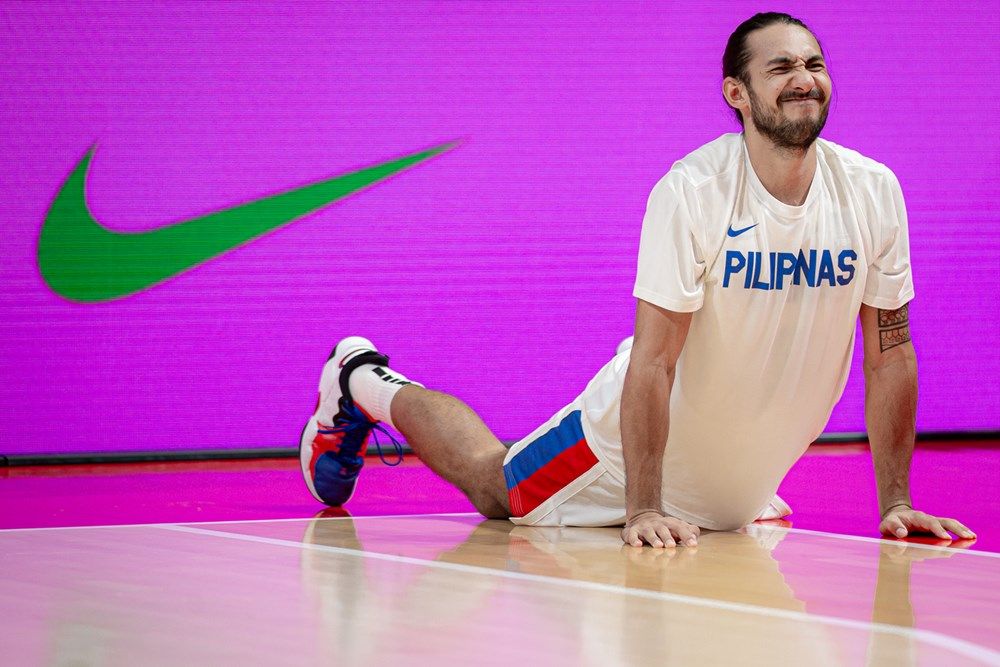 As Gilas struggled with its offense in the second half, Heading proved to be the bright spot for the Filipinos by draining four of six shots from deep on the way to finishing with a team-high 16 points.

In all, the Fil-Aussie was 6-of-10 from the field, including a perfect 3-of-3 from beyond the arc in the opening half which ended with Gilas on top, 41-39.

Unfortunately, all of that went down the drain as Gilas Pilipinas absorbed a second straight loss in Group A and bowed out of the tournament.

“Obviously our goal is to win games, but all in all, we wanted to compete and showed that we belong in the world stage,” said the 25-year old, who was not well known until he was made the top pick overall by Terrafirma in the PBA special draft.

Most consistent Gilas player in OQT

The long-haired ABL veteran justified Baldwin's decision to include him in the Gilas draft by becoming the most consistent player of the Philippine team in this OQT.

Heading said he was just happy to test himself against world-class teams.

“None of us has experienced this high level of basketball yet, and obviously, we’ll take a lot of lessons with us,” he added. “We just wanted to come out and test ourselves. We have success with Serbia, but not the same tonight (against the Dominican Republic).”

Consistency was the name of the game for Heading in the qualifiers.

Against Serbia, he finished with 13 points, second best in the team behind the 17 of naturalized player Ange Kouame, while shooting 4-of-5 from downtown as Gilas gave the home team a huge scare before going down, 77-83.

Against the Dominicana, the Filipinos were actually in the thick of the fight entering the second half, only to unravel when their foes began to impose their physicality and started hitting their shots from the outside.

“The Dominican Republic is such a tough team. I don’t think we kept the ball in front like we needed to. They were able to get in the paint and finish with ease, or kicked out and hit open threes. We’re not going to win ballgames if we play like that,” said Heading.

Still, he remains proud of the way the young Gilas team measured up against two of the top 20 basketball teams in the world today, including No. 5 Serbia.

“One thing about Filipinos is that we don’t get scared going up against anybody. Will play ball against anyone,” added Heading.