LORENZO Brown scored 29 points and Spain used a 13-0 run in the fourth quarter to rally past host Germany, 96-91, on Friday in the Eurobasket semifinals in Berlin.

Germany led by 10 points late in the third quarter, before Spain took over.

Juancho Hernangomez scored seven of his 13 points in the game-deciding run, one where Spain turned a 77-70 deficit into an 83-77 lead with 4:04 remaining.

"I cannot find the words to congratulate my players," Spain coach Sergio Scariolo said. "Probably this medal is the least expected, but to me, the most satisfactory. Built upon hard work, togetherness, team basketball, defensive effort, desire to overcome our limits ... and guts in the fourth quarter." 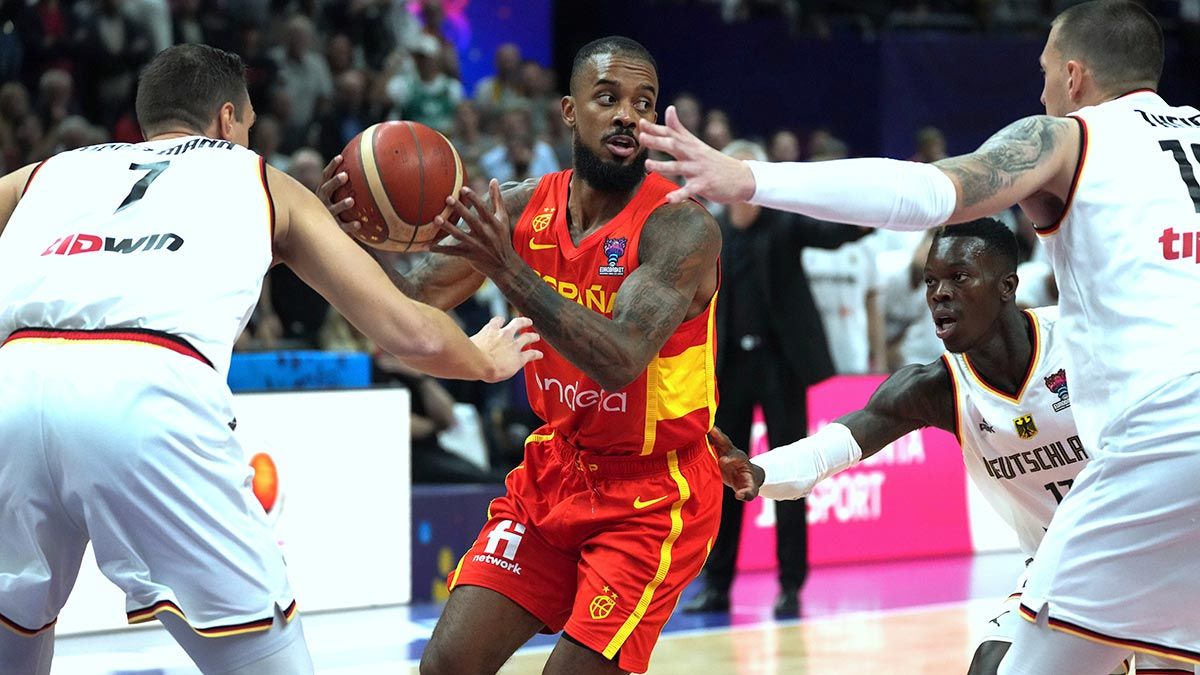 It was Spain's fifth consecutive win at the tournament, the last four of them coming by 10 points or less.

"When you bring intensity to the game, anything can happen," said Usman Garuba, who had a team-high seven assists for Spain.

And it was Brown's highest-scoring game of the tournament, plus more than doubled his per-game average entering Friday; he was averaging 13.4 points in Spain's first seven games.

Dennis Schroder led all scorers with 30 points for Germany, but managed only two points in the fourth quarter. Franz Wagner and Andreas Obst each scored 15 for Germany, while Daniel Theis added 10.

"We had a tough five, six minutes," Herbert said.

EuroBasket ends Sunday, and from there, Schroder is headed to Los Angeles. The agency that represents him, Priority Sports, said Friday that Schroder — who has averaged 21.6 points and 7.3 assists per game at EuroBasket — agreed on a $2.6 million contract with the Lakers for the coming season.