THE Samahang Basketbol ng Pilipinas (SBP) is aware of the surge in cases of COVID-19 in Doha, Qatar which will be hosting the final window of the FIBA Asia Cup qualifiers next week.

Top officials of the federation admitted closely monitoring the situation in the Mideast country and is on a standby for any statement that would come from FIBA regarding the Feb. 18 to 22 meet.

But the Gilas Pilipinas training pool continue to grind at the Inspire Sports Academy in Calamba, Laguna despite the latest development in the host country, with the national team set to depart for Doha this Saturday.

The SBP hierarchy remains mum on whether NBA prospect Kai Sotto has already entered the Calamba bubble as if it's a matter of national security if people get to know the young 7-foot-3 center has already been practicing with the national team. 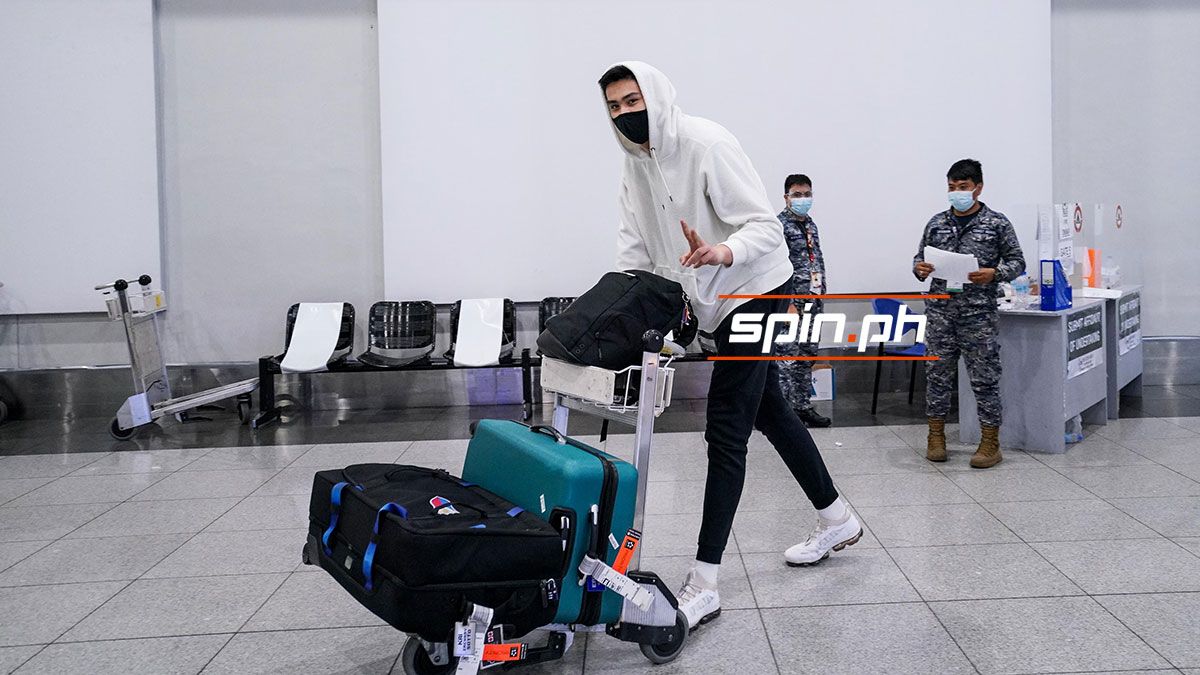 Based on the new government guidelines for COVID-19, arrivals will undergo RT-PCR testing and will be quarantined for five days. A second swab testing will be made on the fifth day and a negative result meant the passenger can be sent home right away.

Sotto, 18, arrived in the country from the U.S. on Tuesday night and should have been at the Inspire Sports Academy by Sunday as initially projected by the SBP.

That meant, he would have at least a week of training to learn the system of project director Tab Baldwin in time for the national team’s departure on Feb. 13.

But Rhea Navarro, who worked for more than a decade as International Relations and Eligibility Supervisor with the Qatar Basketball Federation, doesn’t see the FIBA hosting being affected by the current health situation.

She said Qatar has always maintained strict protocols as far as COVID-19 is concerned that it’s been considered one of the lowest in the world with regards to coronavirus fatality rate (0.14 percent).

“Magaling ang response ng Qatar sa pandemic,” said Navarro. “Cops are everywhere trying to see to it that protocols are being followed like the number of people inside the vehicles, and especially wearing of face masks.”

Immediately, the Qatar Red Crescent Society activated its Disaster Management Center when a new surge of COVID-19 cases broke out.

On Monday, the Ministry of Public Health of Qatar confirmed 427 new cases of COVID-19, which is the highest in months.

According to reports, daily cases have been on the surge in Doha since the start of the year. The country recorded 351 cases by the end of January and the figures have been increasing on a daily basis since then.

Qatar accepted hosting Group A of the qualifiers which was initially slated to be hosted by the Philippines, which had to pull out at the last-minute owing to the travel restrictions imposed by the government.

Aside from the Philippines, also in Group A are South Korea, Indonesia, and Thailand. Gilas Pilipinas, which is on top of the bracket with a 3-0 slate, is set to take on Korea on Feb. 18, Indonesia on the 20th, before capping its campaign with another game against South Korea on Feb. 22.

Qatar is likewise hosting Group B made up of Chinese Taipei, Japan, Malaysia, and China as well as Group E that includes Iran, Syria, Saudi Arabia, and the host country.