MATCH-UP: Philippine teams are 1-5 in away games against Korea

WHETHER Korea admits it or not, it is raring for payback against Gilas Pilipinas.

"That's the beauty about basketball, you know that it's payback time for them," Gregorio said.

Gilas got the upper hand in the long-running rivalry between the two nations at Clark, with SJ Belangel delivering the dagger in the shock 81-78 win before Dwight Ramos orchestrated an 82-77 repeat four days later.

Not long after, the two nations again find themselves in a collision course after the Philippines and Korea were drawn in Group A of the 2023 Fiba World Cup Asian qualifiers together with New Zealand and India.

That means that there will be a home-and-away series between the two nations, adding more color to the already intriguing matchup between the teams, beginning with two matches in the first window in November.

The two-game sweep last June stretched Gilas' record to 8-0 all-time against the Koreans in its home floor.

However, the Philippine national basketball team has only won once in the five times it played Korea in the latter's home court. That solitary win came 54 years ago in the 1967 ABC Championship (now-Fiba Asia Cup) in Seoul.

With the legendary Caloy Loyzaga calling the shots for the Philippine team, the Nationals leaned on the likes of Orly Bauzon, Jimmy Mariano, Ed Ocampo, and Ciso Bernardo while also welcoming to the fold young guns Robert Jaworski, Danny Florencio, Tembong Melencio, and Jun Papa.

Korea was no pushover, with the great Shin Dong Pa leading the charge for the home team that cut what once stood as an 11-point deficit down to just one, 79-78.

Loyzaga, however, dug deep in his bench after six of his players fouled out as he went to an untested Florencio, who then sank a 15-foot jumper with 48 seconds left to make it a three-point game.

Melencio was whistled with a foul on the ensuing possession that led to two charities for Lee Im Pyo in the final 20 seconds to cut the lead down to one once again, but Florencio gutsily went for the drive on the other end and drew a blocking foul from Kim In Kun before cooly sinking two charities.

Desperate to force overtime, Korea went for a basket but Florencio was there to ice the game, hauling down the defensive rebound to cap off his late-game heroics that sealed the 83-80 conquest.

Since then, however, only heartbreaks went the Filipinos' way whenever they made the trip to Korea, the first coming in the 1986 Seoul Asian Games, where the Philippines was dealt a 103-102 defeat in a controversial semifinal. 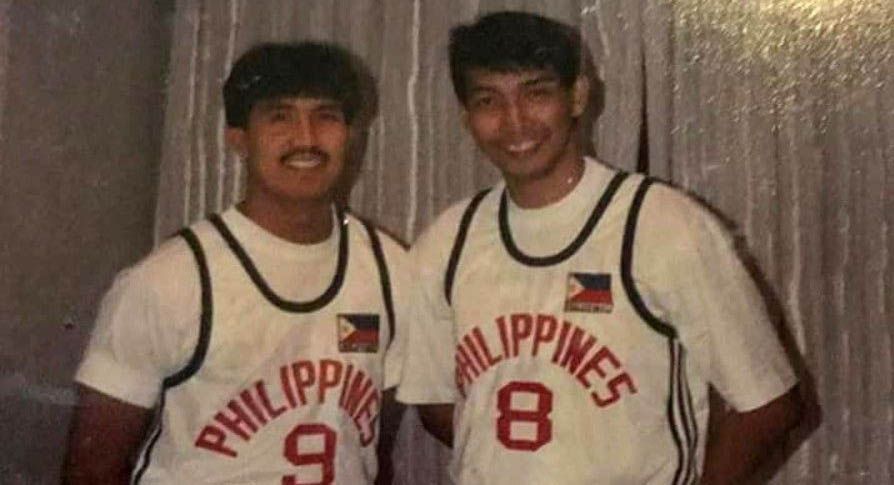 With the hosts holding a one-point edge, the Filipinos were making a big push as Allan Caidic and Samboy Lim went on a 2-on-1 break in the last 10 seconds. Caidic opted to go for the hoop and tried to sidestep Hur Jae, but was whistled for an offensive foul.

It was a disappointing loss for the Joe Lipa-mentored Philippines, which went on and finished the tournement with a 5-2 card and took home the bronze medal. Korea, on the other hand, settled for the silver medal after losing to China in the final.

That Philippine team was a who's who of the best amateur talents back then, including Alvin Patrimonio, Jerry Codinera, Eric Altamirano, Ronnie Magsanoc, Dindo Pumaren, Glenn Capacio, Jojo Lastimosa, Jack Tanuan, Elmer Reyes, and Harmon Codinera.

Hur continued to be the bane for the Philippine team in succeeding years, the most horrifying of which came in the 1995 ABC Championship in Seoul.

The Philippine team sent out a squad bereft of any PBA talent and it led to one of the worst performances for the country in the continental tilt. 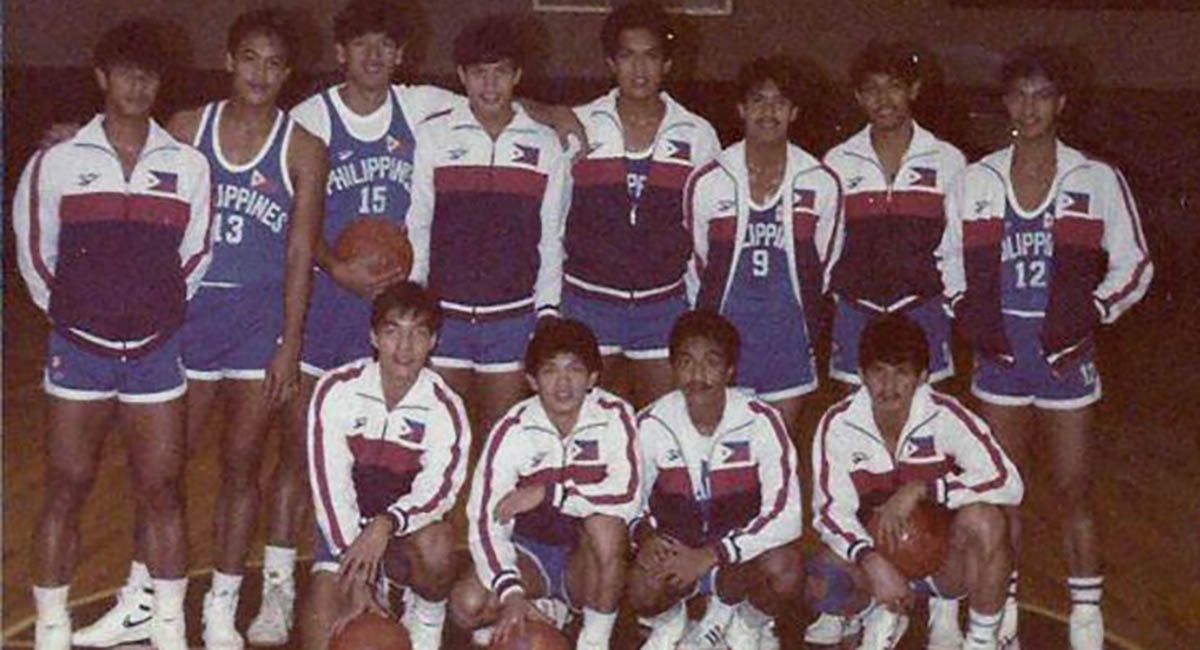 Arlene Rodriguez was designated coach and he relied on the likes of Rodney Santos, Patrick Fran, and Chris Cantonjos. But without the pros, the Filipinos tasted a tough 22-point loss to the Koreans, 98-76, in Group B of the preliminary rounds.

It kept the Philippines winless in the group stages and relegated it to the classification round where it even lost to Kuwait, 70-63.

The nationals finished at 12th place after winning just two of its seven games - a slim 83-77 victory over India and a tight 69-65 escape over Hong Kong.

The most painful of the away losses to Korea came in the 2002 Busan Asian Games.

Meeting in the semifinals, the Philippines took a 68-66 lead over the hosts but Olsen Racela uncharacteristically muffled both of his freebies, keeping the window for Korea to steal the game late.

The Koreans did just that, with Lee Sang Min recovering the ball on a broken play and delivering a dagger three that propelled the home team to a 69-68 finish and into the finals, where it beat China to win the gold.

It took 12 years before the Filipinos made their voyage to Korea once again, but it turned out to be the same old story in the 2014 Incheon Asian Games.

Moon Tae Jong lit up for 38 points for the home team, but it was Yang Hee Jong who delivered the killer three with 31.9 seconds left that gave Korea a 93-89 lead. That proved as the death knell for the Philippines, which blew a 16-point lead on the way to a 97-95 loss in the quarterfinals. 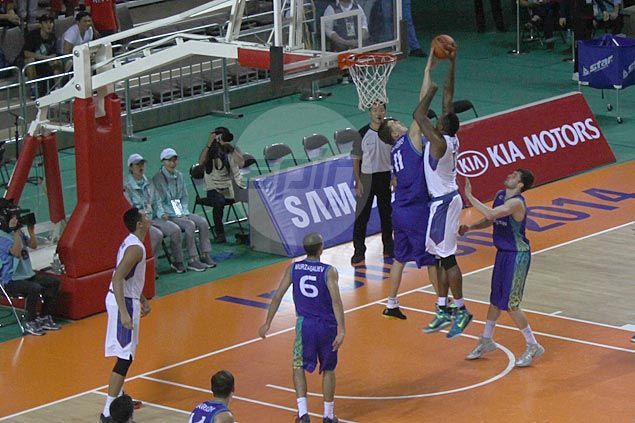 Not even Jimmy Alapag's 25-point eruption could save the Filipinos in a game where coach Chot Reyes benched Marcus Douthit after the naturalized player allegedly 'quit on the team' in the prior game versus Qatar.

Korea, on the other hand, marched on to the gold medal as it completed the seven-game sweep with a close 79-77 win over Iran.

History may not be favorable to the Philippines when it comes to road games against Korea, but Gregorio noted that as long as Gilas prepares well, it will always be in a great position to compete, and maybe do just enough to eke out a victory.

"As long as we're prepared, as long as we've done our extensive scouting report, and we have the pieces who can go up against a tough South Korean team, then I think we should be good," Gregorio said.

"I think at this point, it's just coming up with the right battle plan, the right combination. Coach Tab [Baldwin] always tells me, 'You got to give me horses and the horses will perform well if they play longer together.'

"So whoever we're faced up against, be it Korea, be it New Zealand, we're going to be good for as long as we prepared hard for it."