IT'S a youthful Gilas Pilipinas pool, alright, but Samahang Basketbol ng Pilipinas (SBP) program director Tab Baldwin is happy to see these young blood step up to the plate.

And this early, he's happy to see some of his wards command responsibility, showing the needed maturity as the national team braces for a grueling schedule in two months' time.

"It remains to be seen who gets selected in the team and there's no guarantee that these players will make the ultimate roster either through selection or injury, but I think that we have some natural leaders here, we can point those out," he told Hoops Life.

Some of those who have taken the lead for the team, in Baldwin's eyes, are his old reliables in Ateneo in twins Matt and Mike Nieto.

"The guys that we have that are natural leaders like Mike Nieto who is a very, very natural leader. He is very, very vocal in our trainings and whenever he's in trainings, you could feel a different level of intensity. His brother, Matt, is also a very good leader," he said. 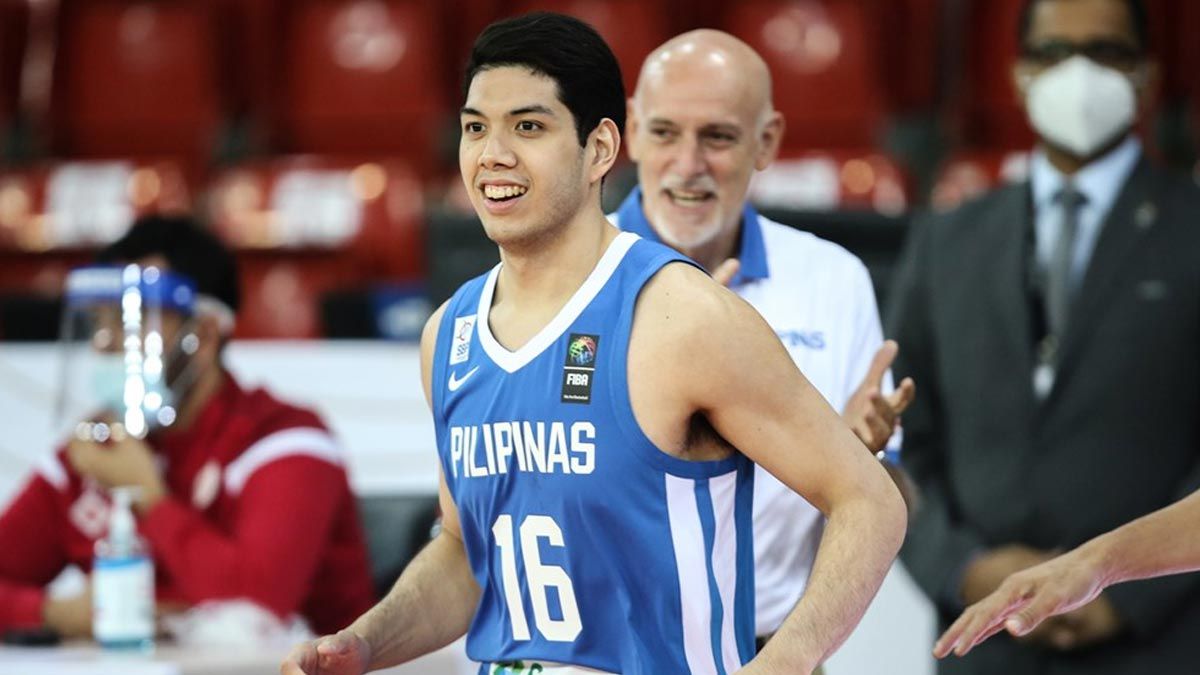 But there's another who surprised Baldwin with his leadership skills: Far Eastern University gunner RJ Abarrientos. "RJ has natural leadership qualities," he quipped.

Those traits were very evident from the last bubble that Gilas had at Inspire Sports Academy in Calamba back in March.

"We have just turned the corner in the last bubble because we have a lot of new and even younger players. It was a real struggle for the first week, first eight days, and we're also missing some of our more key veteran rookies. We missed their leadership so that slowed us down," Baldwin recounted as the group had to endure a honeymoon period with the influx of new faces, which included Abarrientos, UP's Carl Tamayo, and Ateneo's Lebron Lopez.

Things, however, changed for the better once the Nietos, as well as fellow 2019 Gilas draftees Isaac Go and Rey Suerte, came in.

"The time that they came back in, we had a heart-to-heart talk with some of the younger guys who we felt needed to be leading. All of a sudden, it was like somebody flipped the switch and we looked like a quality basketball team and started living up to the talent that was in the bubble. We were ready to go and we were going, and then COVID-19 hit again, so we had to pull up stakes and go home and wait for this opportunity again," he said.

It's a step to the right path, if Baldwin would be asked, but he expects more players to fasttrack their maturity.

"There are some players that need to develop leadership qualities by virtue of their role in the team and we suspected Dwight Ramos will be one of the those. Ange Kouame is probably going to be a Gilas mainstay for many, many, many years and a lot of people don't know how intelligent a man Ange is. He speaks several languages, he converses easily on world topics and things like that. This is a man that you want to take a leadership role because people will see him and listen to him. I think Kai [Sotto] ultimately with his worldly experience and everything that he will be bringing into the environment is another guy, Isaac Go because he's such an intelligent human being and he understands the game of basketball and he's like having another coach around," he said.

"So there are a lot of options that we have to gain leadership quality and leadership actions from and we're going to need that. That's very important for us."
___