PUERTO Rico couldn’t even begin qualifying for this World Cup at home two years ago, forced to move its opening game to Florida because of the damage that Hurricane Maria inflicted on the island.

It was undeterred then.

It is in the World Cup’s second round now.

Gary Browne’s 3-pointer with 5.1 seconds left capped a 15-4 run to end the game, and Puerto Rico beat Tunisia 67-64 in a contest that decided the second spot in the second round out of Group C in Guangzhou, China. The win ensures that Puerto Rico (2-1) will have its best World Cup finish since at least 2002, and earned the team a second-round opener in Wuhan, China, on Friday.

“Thank God we came up with the win,” Browne said. “We’ve been working very hard for what we have right now.”

Browne ran down the shot clock, faked a drive, stepped back and hit the shot that gave Puerto Rico its first and only lead of the final quarter.

Renaldo Balkman led Puerto Rico with 14 points and David Huertas — who made a transition 3-pointer from the left wing to tie the game with 1:37 left — finished with 10. 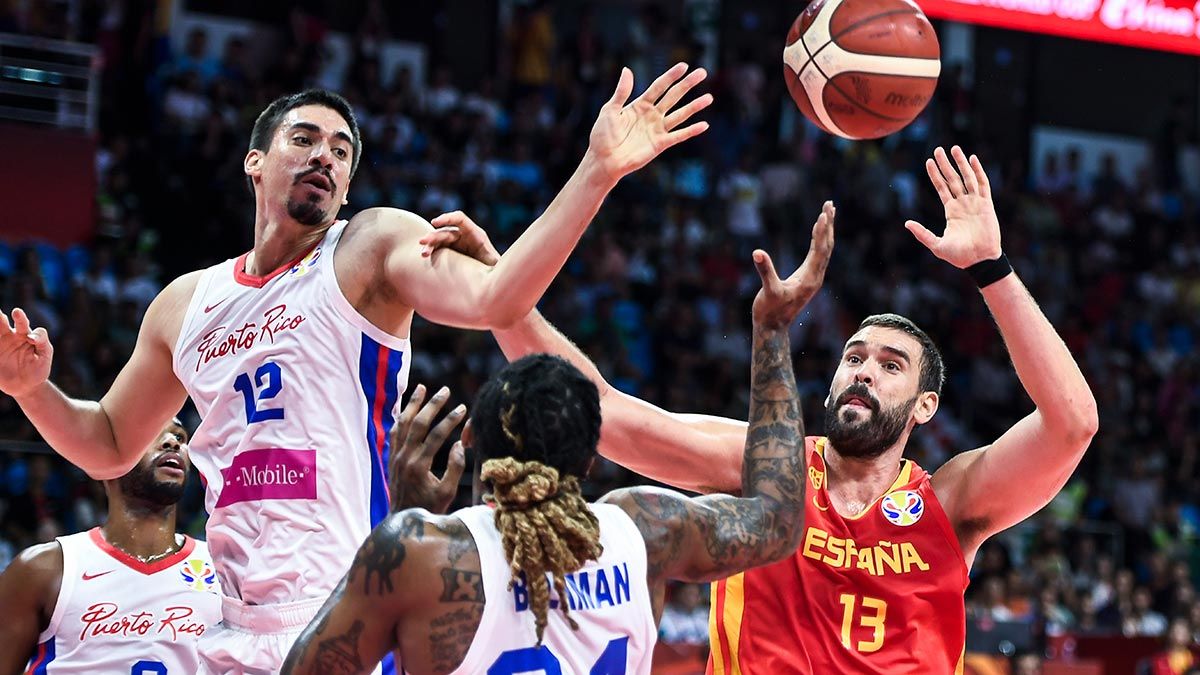 Salah Mejri and Omar Abada each scored 14 for Tunisia (1-2), which was bidding for its first trip to the second round of the World Cup. Michael Roll scored 13 and Makram Ben Romdhane had 12 for Tunisia, which led 60-52 with 8:30 remaining.

“Players win and coaches lose,” said Tunisia coach Mario Palma, whose club not only missed out on a second-round World Cup berth but also would have qualified for the 2020 Tokyo Olympics with a victory.

Puerto Rico opened its World Cup qualifying run with a game in Orlando, Florida, against the U.S. in November 2017, since the issues caused by Maria — a Category 4 storm when it hit Puerto Rico, killing around 3,000 people — could not be solved in time to play in San Juan. The Puerto Ricans wound up playing their other five home games of qualifying as scheduled, going 5-0 in San Juan.

At Foshan, Bogdan Bogdanovic finished with 31 points, five rebounds and five assists to lead powerful Serbia past Italy and a perfect 3-0 record in Group D.

Serbia outscored Italy 13-4 to take a 13-point lead into the fourth quarter, and then a 20-5 run in the fourth sealed the win. Nikola Jokic scored 15 points for the winners, who outscored three opponents in group play by a combined 120 points.

Danilo Gallinari scored 26 points and Marco Belinelli added 15 for Italy (2-1). The Italians will meet Spain in a second-round opener Friday.

At Beijing, Venezuela eliminated the host nation from second-round contention — and earned a berth out of Group A into the round of 16 for itself. 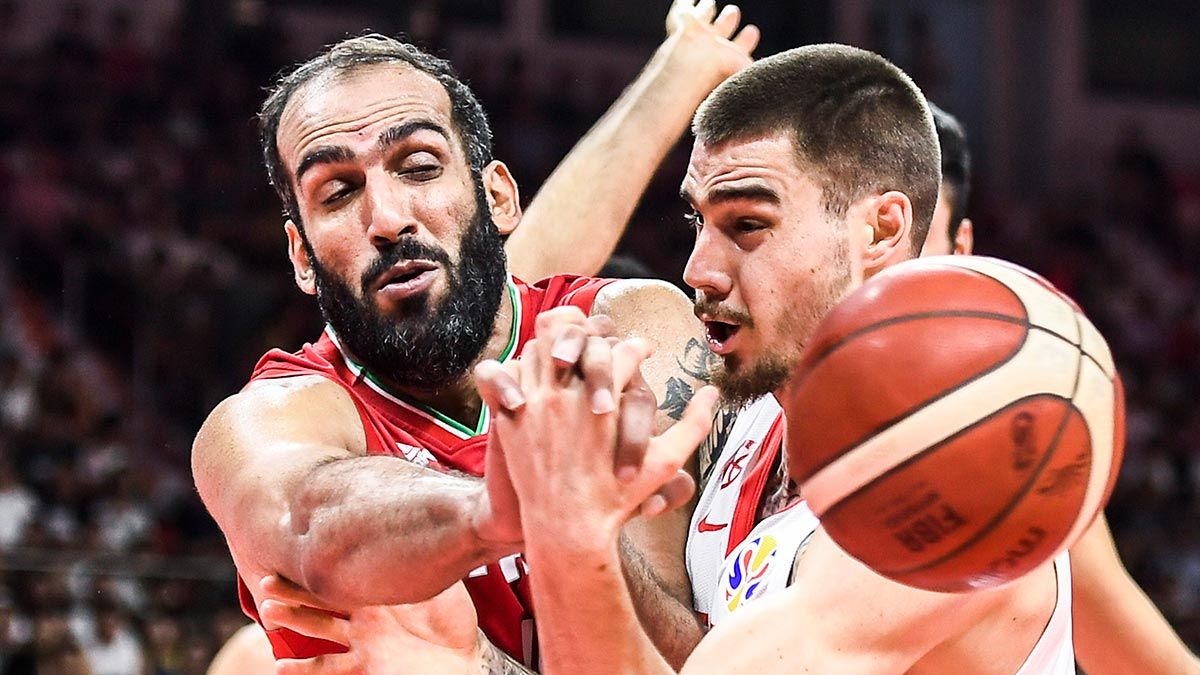 At Guangzhou, Spain finished the game on a 16-3 run to hold off upset-minded Iran.

Spain (3-0 in Group C) trailed 62-57 with 6 minutes left before rallying. Marc Gasol led Spain with 16 points, Juan Hernangomez had 11 points and 10 rebounds and Victor Claver added 11 for the winners.

At Wuhan, Argentina held off Russia to finish 3-0 in Group B.

Facundo Campazzo’s floater with 28.4 seconds left helped seal things for Argentina and was part of his 21-point, six-rebound, seven-assist effort.

Marcos Delia and Luis Scola each scored 13 for Argentina. Andrey Zubkov scored 18 and Nikita Kurbanov added 13 for Russia (2-1), which plays Poland in the opener of the second round on Friday. 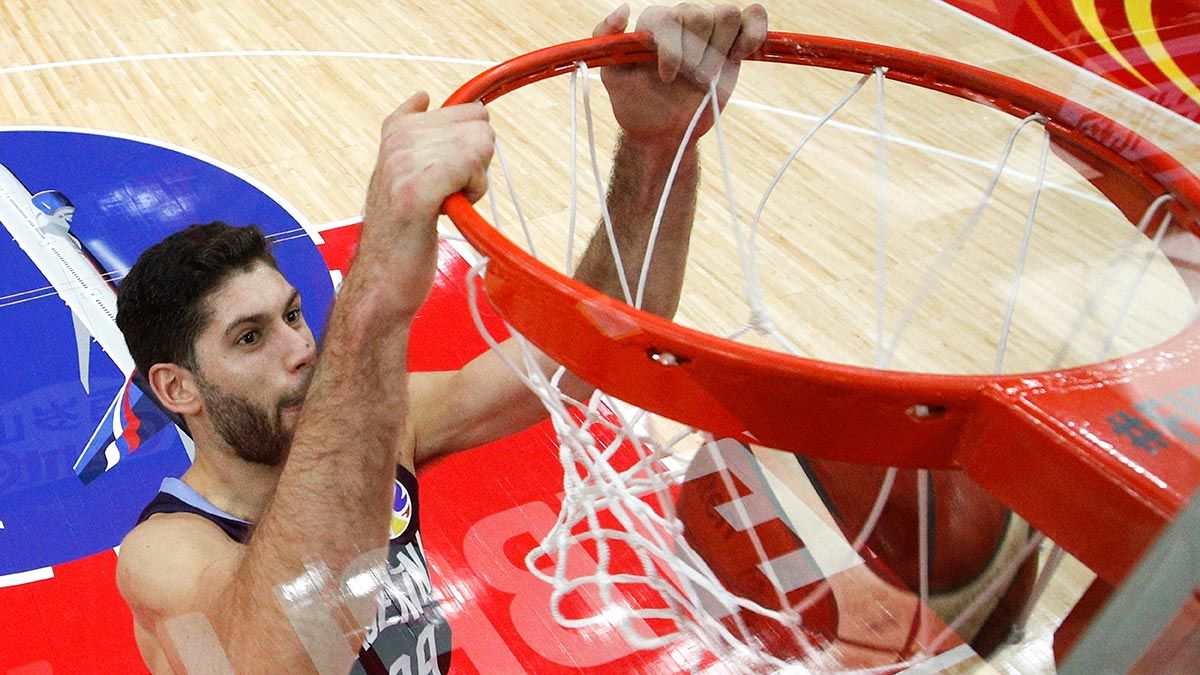 At Beijing, Poland finished off an unbeaten march through Group A with its win over Ivory Coast, behind 16 points from Adam Waczynski on 6 for 7 shooting.

Poland plays the Russia-Argentina loser on Friday in a second-round opener at Foshan. Ivory Coast (0-3) got 23 points from Charles Abouo and will begin the classification round on Friday in Guangzhou.

At Foshan, Angola got its first win of this World Cup, hanging on despite wasting a 12-point lead in the final 8:20 of regulation.

Valdelicio Joaquim scored 20 points and Yanick Moreira had 12 points and 15 rebounds for Angola (1-2 in Group D). Andray Blatche led the Philippines (0-3) with 23 points and 12 rebounds.

Both teams are headed to Beijing for classification games starting Friday.

At Wuhan, Nigeria avoided a winless stint in Group B by easing past South Korea.

The tournament continues for both teams with classification games in Guangzhou starting Friday.

A pair of games Thursday will decide the last two berths in the 16-team second round.

Turkey, which unraveled in the final moments and lost to the U.S. on Tuesday in overtime, will play the Czech Republic. And NBA MVP Giannis Antetokounmpo and Greece will take on New Zealand. In both of those matchups, the winner advances to the second round and the loser heads to the classification games to determine 17th through 32nd place in the tournament.