UNLESS Fiba relaxes its rules on eligibility, Remy Martin cannot play as a local for Gilas Pilipinas.

Samahang Basketbol ng Pilipinas (SBP) assistant executive director Butch Antonio stressed the point amid expectations the Fil-Am guard will be able to suit up for the national team especially in the Fiba Basketball World Cup the country will be hosting next year following his recent success with reigning NCAA men’s basketball champion Kansas Jayhawks.

The 23-year-old Martin, whose mother Mary Ann Macaspac is a Filipina from Pampanga, did have a Filipino passport, which unfortunately, he acquired when he was already 16 years old.

Under Fiba rules, players with dual citizenships can be allowed to play as a local for the country he or she hopes to represent in international competitions provided a passport is acquired before turning 16 years of age.

Antonio disclosed Martin has been on the SBP radar for a very long time, and remembers talking to his mom some five or six years prior.

“I remember nakausap ko ‘yung mother niya, tinatanong kung may chance pa. They were planning to get Remy a passport, but by the time they realized, he had already turned 16. So ‘yun ang storya dun,” said Antonio.

“Basta when he turned 16, that’s when I spoke to the mom. Tumawag sa akin and tinatanong nga kung may magagawa pa tayo.” 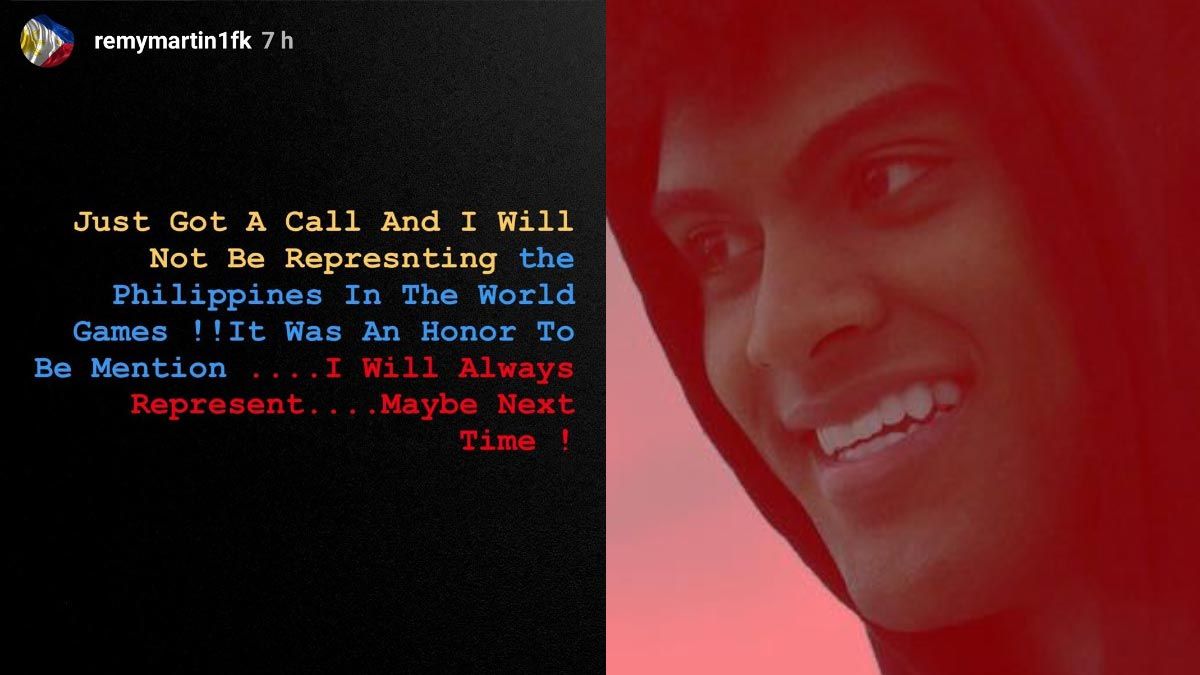 Remy Martin had expressed his desire to see action up for the Philippines.

Martin has been vocal about his desire to play for Gilas Pilipinas, where he was actually a part of the so-called ’23 for 2023’ list of prospective players national coach Chot Reyes listed back in 2016 to make up part of the Gilas pool for the World Cup.

Recent proof of it came shortly after Martin and the Jayhawks won the 2022 NCAA crown, where the Fil-Am player proudly draped himself with the Philippine flag while holding the national trophy following Kansas’ 72-69 win over North Carolina.

Martin scored 11 of his 14 points in the second half to spark the Jayhawks’ come-from-behind win.

But his case is similar to Utah Jazz’s guard Jordan Clarkson, who is only eligible to play for Gilas Pilipinas in the FIBA World Cup as a naturalized player.

“Jordan can play,” said Antonio. “But if the tournament happens now and he plays, he will play as a naturalized player.”

Still, the communication line between the SBP and top officials of FIBA have been open ever since.

“We made representations and we’re still making representations with FIBA regarding eligibility. We’ve written FIBA and I think, there are more discussions to happen with regard to this,” according to Antonio.

“But again we are also bound to follow and adhere to the rules of which we are a member of, which is FIBA. Hindi naman natin basta-basta kayang suwayin or go against it. That’s why talks are important,” added the SBP executive.