Chot Reyes made the announcement on Wednesday as he bared his 12-man lineup for the 4 p.m. (Manila time) match against the Boomers, explaining that Castro twisted an ankle in a PBA game last week while Jalalon is suffering from 'pain in his legs.'

That left the backcourt reins in the hands of Ravena, the youngest member of the Gilas pool and a rookie with NLEX in the PBA where he has led a resurgence hand in hand with the youthful Alas.

Ravena and Alas are expected to share backcout duties with veteran Gabe Norwood in the 12-man team that also included Calvin Abueva and newcomer Abu Tratter.

"As well you know, Jayson twisted his ankle in their games against Phoenix and Ginebra. And as of yesterday, we tried him, he tried to go hard in last night’s practice and he’s still not there at all so we decided it's not worth the risk," said in a livestream carried by ESPN5.

"Jayson is going to sit out together with Jio who is also feeling some slight pain in his legs so we’ve decided to play the guys who are not experiencing any nagging injuries at this point."

Despite the setbacks, Reyes sounded comfortable handing the reins to Ravena, who, although a rookie in the PBA at 24, has had tons of experience playing for the national team. 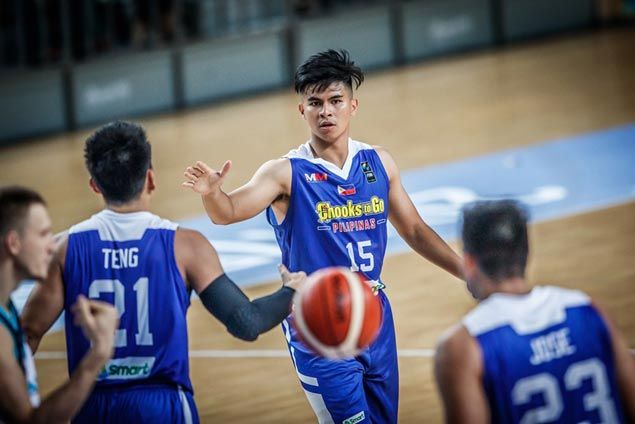 The former UAAP MVP has, in fact, four Southeast Asian Games gold medals to his name.

"So you know it’s hard not having our top point guard but this is an opportunity for Kiefer to step in and also for Kevin to get a lot more minutes than he usually gets.

"Like we always say, there’s not one guy who can fill in the big shoes of Jayson, every other guy collectively can do so, so that’s the approach we are going to take at tomorrow’s ballgame."