CHRISTIAN Standhardinger has barely warmed his seat at San Miguel yet has once again answered the call to fly the flag for the Philippines in the FIBA 3x3 World Cup this June at the Philippine Arena in Bocaue, Bulacan.

Standhardinger, who previously played for Gilas in the FIBA Asia Championship, Jones Cup, and Southeast Asian Games last year, will be joined by Troy Rosario, Roger Pogoy, and Stanley Pringle, who will make his national team debut in the June 8 to 13 meet. 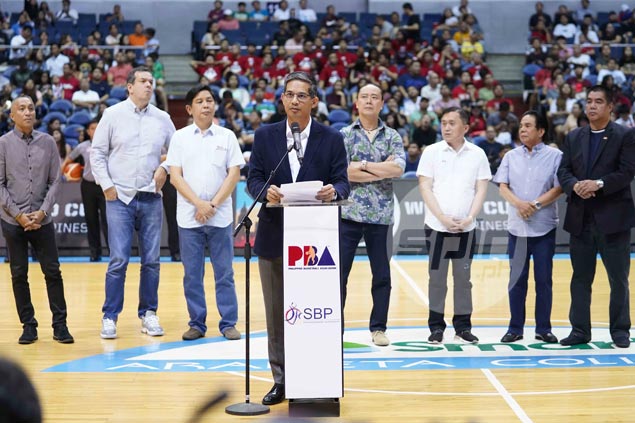 Magsanoc later explained the four players were picked for their ability to ‘fit into the 3x3 mold.’

“Kasi magkaiba ito (3x3). We felt it’s not only offense that we’re looking at, but also the ability to guard multiple positions. It’s totally different because these are professional players,” said the former PBA great, who joined Panlilio and commissioner Willie Marcial during the press conference that followed the team presentation.

“(We) based it on the needs and the quality na kaya nating ilaban doon sa mga makakaharap (natin).”

The Philippines is currently ranked 19th or second to the last out of the 20 teams competing in the men’s division.

Other than improving on the country’s current rank, Panlilio said the SBP is also gearing its program towards 3x3 since it is now part of the Olympic calendar and will be introduced during the 2020 Tokyo Games.

“SBP is very focus on developing the 3x3 program because it is an Olympic sport already and we will plot out a strategy also on how to be able to compete in the 3x3,” said the SBP chief.

“So we have the path for Gilas or 5x5, but we want to create a path also for 3x3. In fact, FIBA has been pushing us to focus on this one because it is another avenue for the Philippines to be in the Olympics.”