THE Philippines' participation in more international meets such as the Olympic Qualifying Tournaments next year can opendoors for Filipino players to get noticed worldwide and, who knows, perhaps get a shot at the NBA.

Memphis Grizzlies scout Mike Schmidt said being visible in the international front is one major way of attracting the attention of team owners, managers, and fellow scouts who are always on the lookout for players with the potential to suit up in the biggest and richest cage league in the world.

Schmidt, 31, also served as Gilas Pilipinas’ ‘undercover agent’ during its stint in the recent Fiba Asia Championship, where it emerged runner-up behind champion and host China.

“It’s all about getting the right opportunity, so if they (Filipinos) continue to go out and win games on the international stage, play hard, then they’re gonna start showcasing themselves for more and more people because when you go to the Olympics, every NBA team is there,” said Schmidt in a correspondence with Spin.ph.

Schmidt’s suggestion came just as the Samahang Basketbol ng Pilipinas (SBP) initially thought about not participating in the 2016 Olympic qualifiers, until the PBA board of governors agreed to release the players the association wanted to be included in the national pool.

He said the runner-up finish of Gilas in the Fiba Asia, notwithstanding the lack of players and time to practice for a longer period, was already a good exposure for Filipinos in the international front.

“That’s the kind of stage that Filipino players will need to win in order to get the NBA exposure,” Schmidt stressed.

A veteran scout who’s frequently going around the world looking for potential talent, Schmidt was honest enough to say that he doesn’t see anyone from the PBA who’s capable of making the jump to the NBA.

Not at the moment.

“As far as PBA players go, I don’t know that there’s one who’s ready now to step in the NBA, although they play with the passion necessary,” he said. 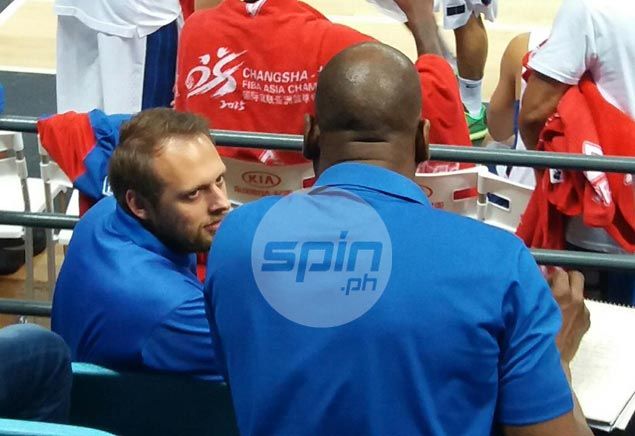 Schmidt also mentioned having heard about Bobby Ray Parks’ aborted bid to play in the NBA. He said the Fil-Am’s decision to play in the D-League would be a good stepping stone to realize his dream.

On Sunday, Parks was picked by the Texas Legends - an affiliate of the Dallas Mavericks - in the D-League draft at 26th overall. The former UAAP MVP previously saw action for the Mavs in the NBA Summer League.

“I think it’s a great stepping stone (for him). I actually spent sometime in the league myself scouting on the coaching side of things,” he added.

But definitely, all is not lost for this country where basketball is a religion. Schmidt still believes a Filipino will eventually make it to the NBA in the future.

“I think there’s a lot of passion and a lot talent in the Philippines right now, and I think someday there will be a Filipino player in the NBA,” he said.

“I think the PBA is headed on the right direction. There are a lot of great coaches and the players are getting better and better.”